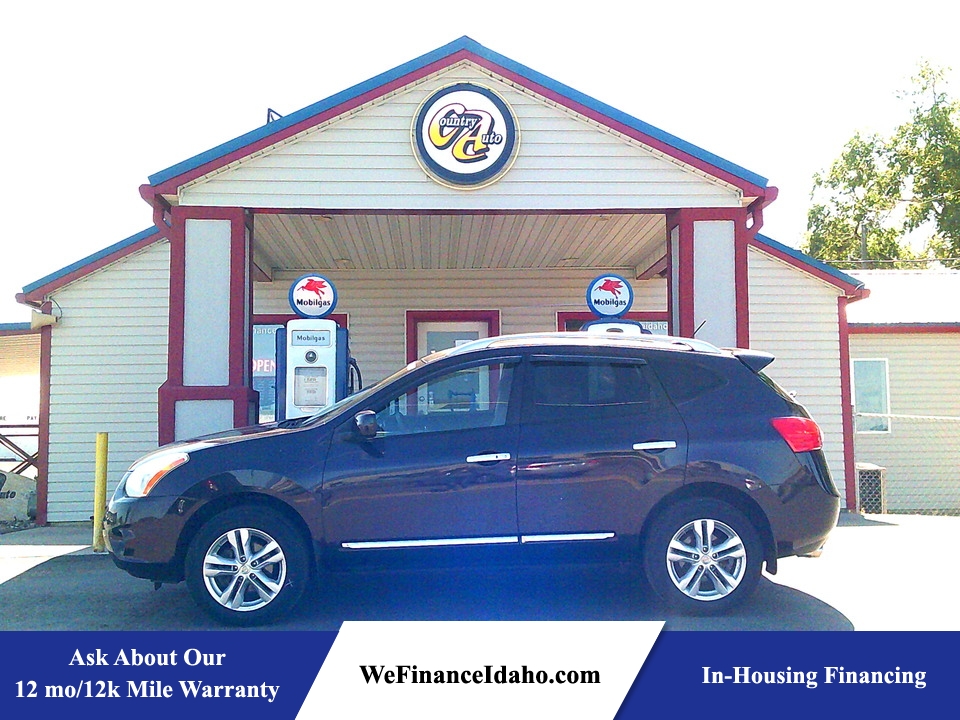 Although some newer competitors might prove more desirable overall, the 2013 Nissan Rogue still is a solid choice for a small crossover.

The Nissan Rogue carries over unchanged for 2013, with some previously optional features now included as standard.

It's increasingly hard to stand apart in the competitive class of small crossover utility vehicles, but credit Nissan's designers and engineers for infusing the 2013 Nissan Rogue with interior refinement, sharp styling and agile road handling, and making it one of the more distinctive choices in the group.

Based on the previous-generation Sentra sedan, the Nissan Rogue offers the sharper handling dynamics of a compact sedan with the versatility and cargo space of a small crossover. The high-quality finish of the dash, doors and seats gives the Rogue an upscale feel you won't find in many others in the segment.

That's not to say the Rogue is faultless. There's neither a manual or conventional automatic transmission available, and instead your only choice is a continuously variable transmission (CVT) that makes the whole powertrain drone tediously while cruising at highway speeds. And unlike its competitors, the Rogue doesn't offer an optional V6. This isn't a deal-breaker, as the Rogue's four-cylinder yields acceptable power, but it affects performance when the Rogue is fully loaded. The Rogue's rear seat neither slides nor reclines, which limits its ability to tote growing family members. Also, the same curvaceous styling that makes the Rogue look so distinctive also limits rearward visibility and maximum cargo capacity.

There are many great choices for a small crossover this year. The redesigned Ford Escape provides perhaps the most formidable alternative, with a fresher look and an equally engaging drive. The Kia Sportage is another sporty choice, while the freshly revised Honda CR-V and ever-popular Toyota RAV4 offer more cargo space. Buyers shopping in this class should spend time with several candidates, as all have specific strengths and quirks. But for a nicely appointed crossover that drives like a quick, small car, the 2013 Nissan Rogue is a solid pick.

The base S comes standard with 16-inch steel wheels, keyless entry, folding side mirrors, cruise control, a tilt (but non-telescoping) steering wheel, air-conditioning, full power accessories, a 60/40-split-folding rear seat, a trip computer and a four-speaker sound system with a CD player, an auxiliary audio jack and an iPod interface.

Most of those features are standard on the Rogue SV. In addition, it gains 17-inch alloy wheels, roof rails, keyless ignition/entry, upgraded upholstery, a six-way power driver seat (with power lumbar adjustment) and a fold-down front passenger seat.

The 2013 Nissan Rogue is available with either front- or all-wheel drive. It's powered by a 2.5-liter four-cylinder engine that produces 170 horsepower and 175 pound-feet of torque. With its CVT, a front-wheel-drive Rogue took just 8.6 seconds to reach 60 mph in Edmunds testing -- quick for a four-cylinder crossover.

The Rogue's fuel economy is on par with the competition. The front-wheel-drive Rogue has EPA estimates of 23 mpg city/28 mpg highway and 25 mpg combined, while the AWD variant drops slightly to 22/27/24 mpg.

In Edmunds brake testing, the Rogue decelerated from 60 to zero mph in a fairly short 121 feet.

You don't expect the sort of interior refinement you find in the 2013 Nissan Rogue from most compact crossovers. Comfortable seats, intuitive controls and high-quality materials are just a few of the cabin's highlights. A substantial center console bin, massive glovebox and clever under-floor organizer make up for a dearth of at-hand storage nooks, however.

You won't find a very fancy or versatile rear seat, however. Unlike many competitors, the Rogue's rear seats don't recline or slide fore and aft, nor is there a center armrest. With the seatbacks upright, there are 28.9 cubic feet of storage, average for the class. Folding the seats yields 59.7 cubes, still less than competitors. But a fold-down front passenger seat (a standard feature on the SV) opens up a length of 8.5 feet front to rear, allowing for items like ladders, lumber, surfboards and snowboards.

The promise of crossovers lies in SUV versatility with passenger-car manners. The 2013 Nissan Rogue does one better; it drives like a car with capable handling. Road bumps and imperfections are absorbed with ease, highway stability is exemplary and handling is aided by good body control and one of the best-feeling steering systems in the class. Four-cylinder power is adequate enough, but the CVT's constant drone at full throttle can tax ears and nerves.