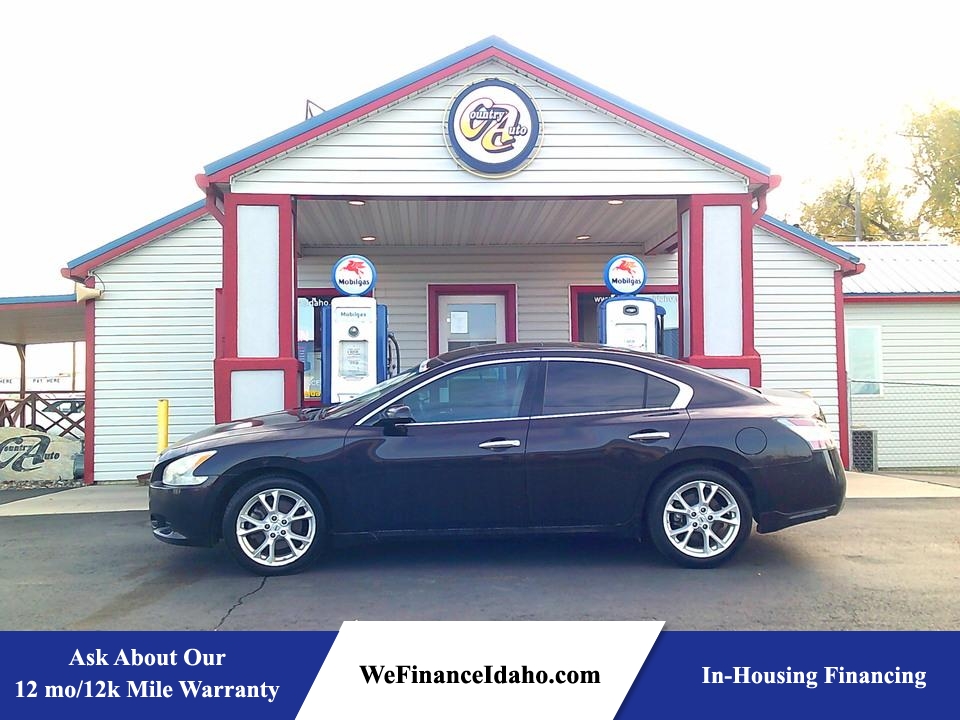 The 2013 Nissan Maxima serves as an appealing alternative to many entry-level luxury sedans thanks to its engaging driving dynamics and high-quality construction.

The 2013 Nissan Maxima sees some revision of its option packages, and the Bose sound system is no longer standard on SV models.

With its modest nameplate and unassuming sheet metal, the 2013 Nissan Maxima easily passes for just another midsize sedan at first glance. However, spend some time behind the wheel and you'll discover its luxury-oriented craftsmanship and performance. In essence, the car delivers the upmarket quality of Nissan's tony Infiniti brand but in a more discreet package.

With the Maxima, you get enjoyable handling that distinguishes itself with crisp steering response. The sedan's suspension is tuned to skillfully deliver both athleticism and comfort, and the cabin features high-end materials quality and a wider range of feature content than you'll find in four-doors with a similar price tag. Under the hood is a 290-horsepower V6 that provides impressively quick acceleration.

Of course, this Nissan isn't the only game in town when it comes to undercover luxury. The 2013 Chrysler 300 and 2013 Hyundai Genesis boast many of the same attributes (and a lot more interior room); the Volkswagen CC is also worth a look. And for a few grand more, traditional luxury models like the Audi A4, BMW 3 Series, Infiniti G Sedan, Mercedes-Benz C-Class and Volvo S60 offer more all-around refinement.

Still, there's clearly a place for the 2013 Nissan Maxima's understated appeal. If you want low-key luxury -- and have no issue with the snob-appeal deficit that comes with the humble Nissan marque -- this accomplished but unostentatious sedan is a great pick.

The 2013 Nissan Maxima is available in S and SV trim levels.

Moving up to the SV adds to the base S equipment foglights, leather upholstery and an upgraded driver seat with extendable thigh support and power lumbar.

The SV is eligible for a number of optional packages. The Monitor package adds a 7-inch color monitor, a rearview camera and an iPod/USB audio interface. The Cold package adds heated front seats, a heated steering wheel and heated mirrors, while the Bose Audio package adds a nine-speaker Bose sound system and satellite radio. Additionally, there's an SV Value package that essentially combines the Cold package with the Bose Audio package.

With the SV, buyers can also choose between the Premium and Sport packages. Both add xenon headlights, upgraded leather upholstery, driver seat memory functions, a ventilated driver seat, a power tilt-and-telescoping steering wheel with paddle shifters, the Bose audio system and all of the features in the Cold and Monitor packages. Rear bucket seats with a center trunk pass-through also replace the 60/40-split rear seatbacks.

The Premium package goes on to include a dual-panel sunroof, ambient lighting and wood trim. The Sport package adds instead a sport-tuned suspension, 19-inch alloy wheels and special exterior and interior trim details.

The Technology package can be added to the SV Value, Premium and Sport packages. It adds a 7-inch touchscreen color monitor, a navigation system, voice controls and Bluetooth streaming audio.

Under the hood of every 2013 Nissan Maxima is a 3.5-liter V6 that puts out 290 hp and 261 pound-feet of torque. Power is sent to the front wheels though a continuously variable automatic transmission (CVT).

In Edmunds performance testing, the Maxima SV accelerated from zero to 60 mph in 6.2 seconds, which is quicker than almost every other entry-level luxury sedan (with a base engine). The EPA estimates fuel economy at 19 mpg city/26 mpg highway and 22 mpg combined.

Standard safety equipment for every 2013 Nissan Maxima includes antilock disc brakes, stability and traction control, front-seat side-impact airbags, side curtain airbags and active front-seat head restraints. A rearview camera is an option on SV models. In Edmunds brake testing, a Maxima SV with the Sport package came to a stop from 60 mph in 122 feet -- an average distance for both entry-level luxury cars and family sedans.

The cabin of the 2013 Nissan Maxima distinguishes itself with its premium flair. The interior design is sleek and modern, and materials quality is above reproach. All the requisite luxury-car amenities are offered; in total, there really isn't that much distinction between the Maxima's cabin and that of an Infiniti.

This Nissan's iPod interface is one of the best we've encountered; there's no learning curve, since the text categories exactly mirror Apple's. The interface is also notably quick, whether it's reading a device or accessing the various menus. The Maxima's optional navigation system is similarly pleasant to use, offering quick response and recalculation times.

Both front and rear seats present a pleasant blend of comfort and support, but keep in mind that the optional bucket-style rear seats make the center section all but unusable. Cargo room in the trunk stands at 14.2 cubic feet -- decent enough, but less impressive than what's offered by rivals like the Genesis and 300.

The 2013 Nissan Maxima is certainly one of the more enjoyable picks in its segment when it comes to driving dynamics. Steering is precise and responsive, and its suspension is communicative. With that in mind, we'd recommend skipping the Sport package, as the firmer suspension makes for a harsh ride with no appreciable improvement to the car's handling.

Under the hood is an impressive powertrain, with brisk acceleration from the 3.5-liter V6. Even the CVT is a positive -- something we can't say for a lot of CVTs we've driven -- with responsive performance in automatic mode and an entertaining manual shift feature that allows you to run up and down through six simulated "gear ratios" for a sportier feel.