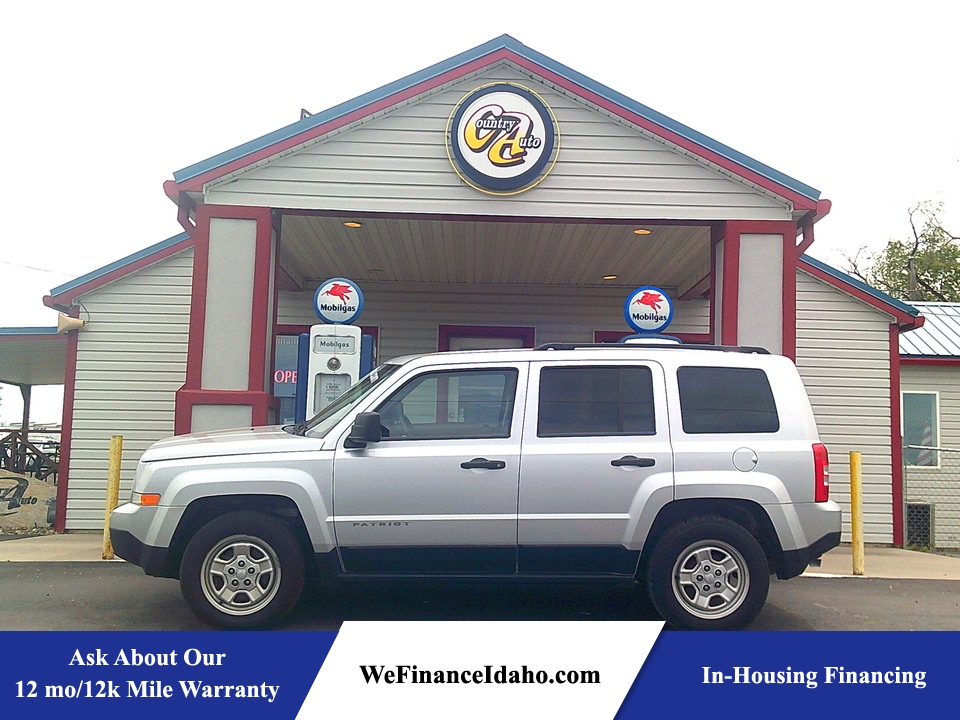 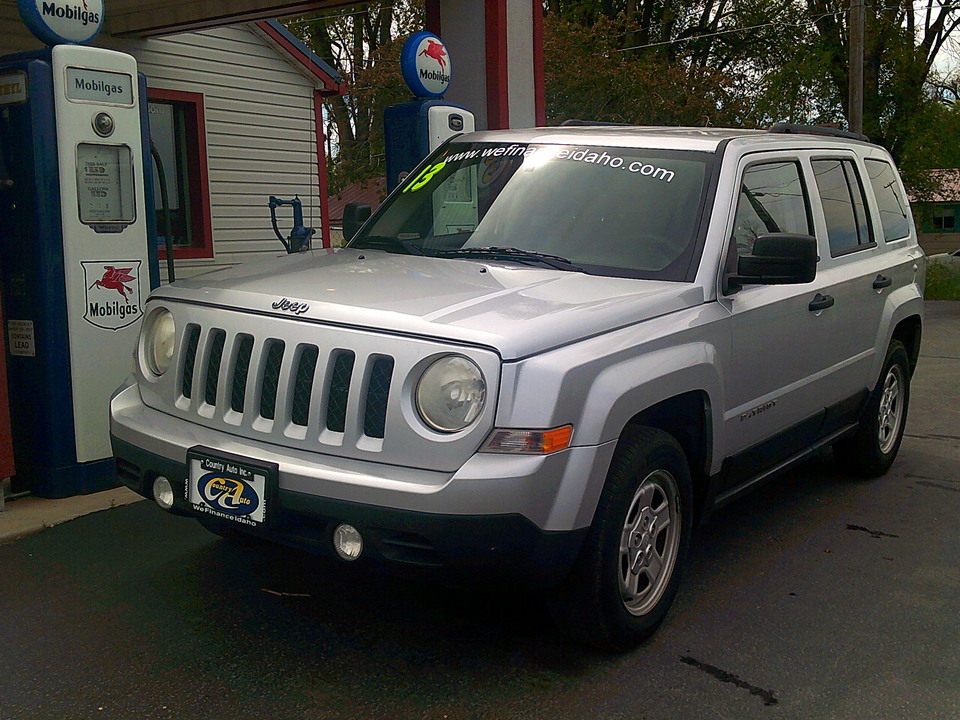 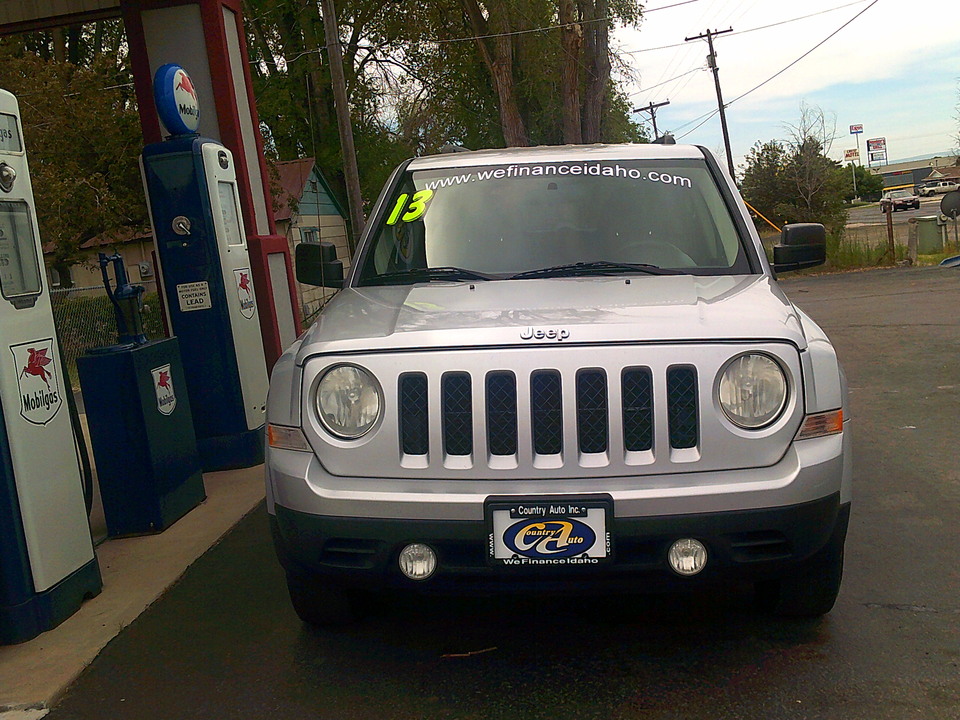 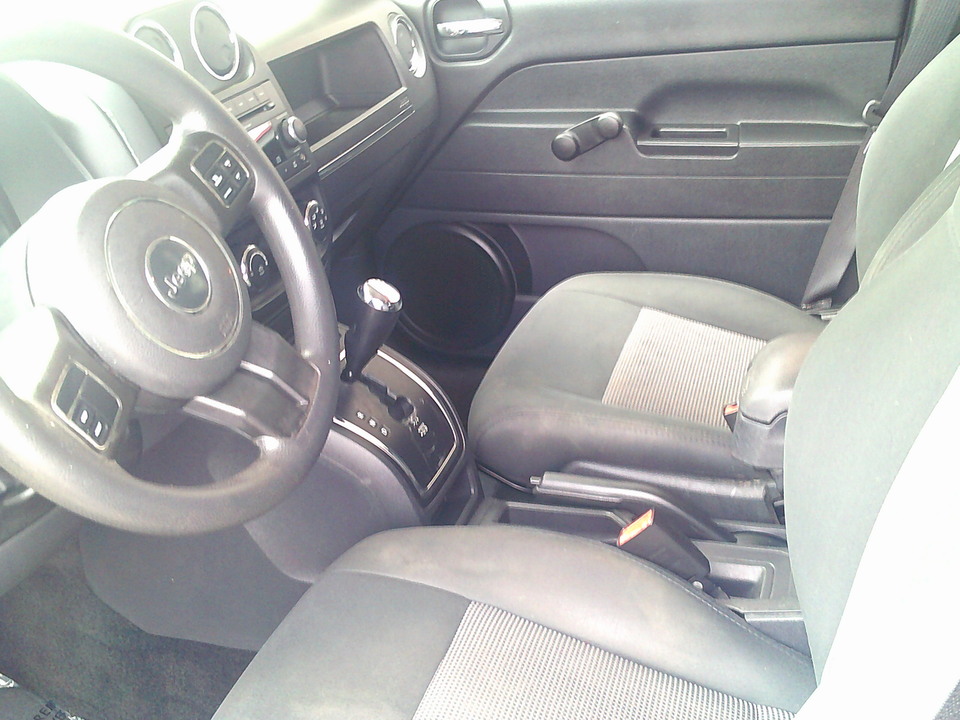 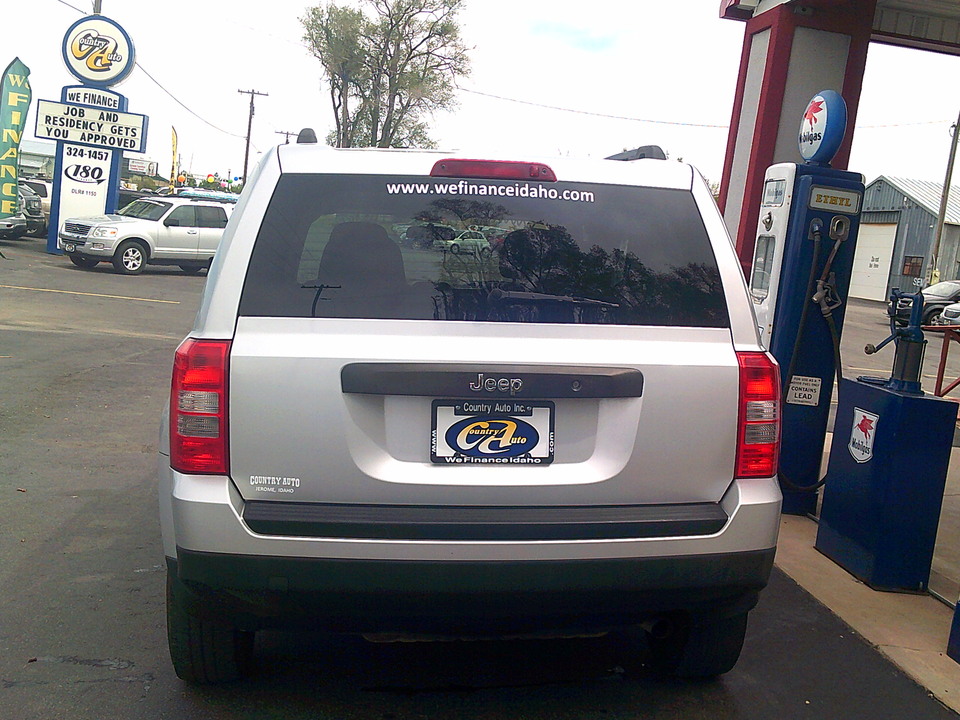 It may be billed as the cheapest SUV on the market, but the 2013 Jeep Patriot can't match the space, refinement, quality and driving dynamics of its competitors.

The Jeep Patriot is essentially unchanged for 2013.

Let's not be coy. We do not recommend the 2013 Jeep Patriot. Just about any other compact crossover SUV would be a better choice for you, especially if you have a family. The Patriot is slow, its fuel economy is unimpressive and cargo capacity is lacking. And that's just the beginning of its foibles.

In its defense, the Jeep Patriot checks in with a substantially lower price than any other SUV. However, take a look at its standard features list and you'll understand why. The base Sport model, for instance, lacks air-conditioning, power locks or even power windows. Once you add those items plus some other common features, the Patriot ends up being more expensive than the 2013 Kia Sportage, the second least expensive compact crossover and a vastly superior vehicle. A similar point can be made about the Hyundai Tucson and 2013 Nissan Juke.

The Patriot does have something those other models do not -- off-road capability. To achieve it, you must opt for the Freedom-Drive II Off-Road Group that includes an upgraded four-wheel-drive system with a low range. It'd still be cheaper than a Jeep Wrangler, Nissan Xterra or FJ Cruiser, too. But it should be noted that those models are vastly more capable than the Patriot when the pavement ends.

If all you want is a new crossover SUV that can realistically do some light off-roading, the 2013 Jeep Patriot could make sense. But frankly, this seems like a very small potential buyer pool. In other words, look somewhere else.

The 2013 Jeep Patriot is a compact crossover SUV that seats five people. It is available in Sport, Latitude and Limited trim levels.

The Latitude gets all of the Sport's options minus the CD changer, plus a height-adjustable driver seat, heated front seats, a leather-wrapped steering wheel, a reclining rear seat and steering wheel audio controls. Satellite radio is optional.

The Latitude and Limited are eligible for several option packages. The Sun/Sound Group adds a sunroof and a nine-speaker Boston Acoustics sound system (available separately) with two drop-down liftgate speakers and satellite radio. The Security and Cargo Convenience Group adds adjustable roof rail crossbars, remote ignition, front side airbags, a tire pressure monitoring display, a cargo cover, Bluetooth phone connectivity (optional separately on all trims), a USB audio jack and an auto-dimming rearview mirror. A touchscreen audio interface that includes digital music storage is also available and can be enhanced with a navigation system on the Limited.

When equipped with standard front-wheel drive, the 2013 Jeep Patriot Sport and Latitude are powered by a 2.0-liter four-cylinder engine that produces 158 horsepower and 141 pound-feet of torque. A five-speed manual transmission is standard and a continuously variable automatic transmission (CVT) is optional. Hill-start assist is also standard. EPA-estimated fuel economy with front-wheel drive and the CVT is 22 mpg city/28 mpg highway and 24 mpg combined, which is disappointing given its lack of power. It's marginally better at 23/30/26 with the manual.

The Patriot Limited and "Freedom-Drive I" all-wheel-drive models only come with a 2.4-liter four-cylinder that produces 172 hp and 165 lb-ft of torque. It gets the same transmission choices as the 2.0-liter. The optional Freedom-Drive II four-wheel-drive system includes a low range.

The 2013 Jeep Patriot comes standard with antilock brakes (front disc, rear drum), traction and stability control, and full-length side curtain airbags. The Limited gets rear disc brakes. Front side airbags are optional on all trims either in the Security and Cargo Convenience Group or as stand-alone items.

In Edmunds brake testing, a Patriot Limited came to a stop from 60 mph in a poor 143 feet -- about 20 feet longer than average.

The Insurance Institute for Highway Safety gave the Patriot the highest-possible rating of "Good" in the frontal-offset and roof strength tests. Patriots with the optional side airbags also get a "Good," but it drops to a second-worst "Marginal" without the side airbags.

At first glance the Patriot's interior looks nice enough, if a little utilitarian. On closer examination, however, the quality is disappointing due to extensive use of cheap, hard plastics. The base Sport's lack of standard power accessories and air-conditioning will make it feel especially cheap. The front seats are comfortable enough, but rear seat legroom is tight in the outboard seats and virtually nonexistent in the center position.

Large, easy-to-read gauges and user-friendly controls are at least in keeping with Jeep's off-road heritage, though the available touchscreen electronics interface is rather antiquated. There are a couple clever features such as the cargo area lamp that pops out to become a rechargeable LED flashlight and the optional Boston Acoustics speakers that flip down from the raised liftgate to provide tunes for your next tailgate party.

You'd better not plan to bring a lot to that party, though. With just 23 cubic feet of space behind the 60/40-split rear seats and 53.5 cubic feet with both sections folded down, the cargo area is significantly smaller than almost all crossover competitors. The Honda CR-V and Subaru Forester in particular are about 20 cubes bigger.

Of the 2013 Jeep Patriot's two available engines, even the larger 2.4-liter is underwhelming when it comes to highway power. The CVT does them no favors and their loud droning noises will have you reaching for the radio volume. At least the availability of a five-speed manual transmission makes this vehicle somewhat capable for off-road adventures.

Since the available Freedom Drive I all-wheel-drive system is really only meant to provide added peace of mind when roads turn slippery, it's the Freedom Drive II system you'll want if you expect to be spending much time in the dirt. At the same time, this dimension of off-road capability takes a significant toll on fuel economy and ride comfort. The handling and general driving experience of any Patriot also greatly trails its competitors.