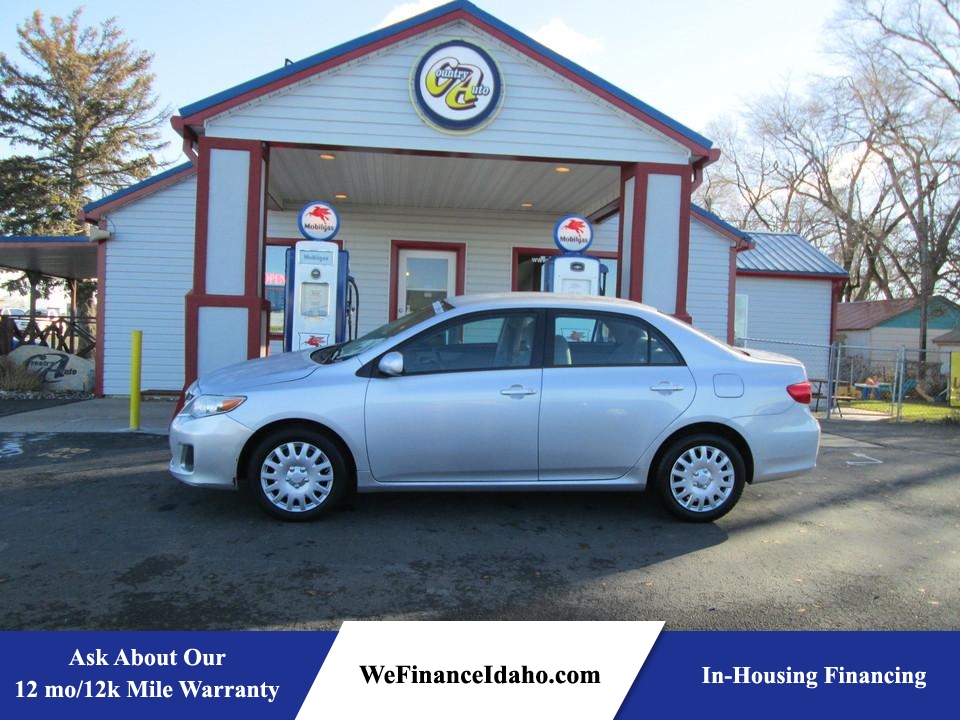 Among newer (and better) rivals, the 2012 Toyota Corolla is no longer a class leader. In the absence of any significant improvements, we suggest checking out the competition first.

The 2012 Toyota Corolla receives minor feature revisions, including standard power accessories for the base model and a new sound system for the higher trim levels.

The Toyota Corolla is synonymous with affordability and dependability. Produced for more than four decades and with 33 million sold, it ranks as the best-selling car of all time. But is this enough to get you to buy a 2012 Toyota Corolla? With ever-increasing pressure from newer rivals, the current Corolla might have been caught resting on its laurels.

In the three years since the current-generation Corolla debuted, other automakers such as Chevrolet, Ford and Hyundai have dramatically stepped up their game. As a result, the 2012 Corolla feels comparably outdated and outclassed. From the outside, the Toyota lacks personality and excitement, while inside the hard plastics and dull design give it a definite economy car vibe.

Even in the areas where the Corolla once ruled supreme -- affordability and dependability -- it has been surpassed. While many of its newer rivals are boasting 40 mpg highway fuel economy estimates, the Corolla rates 34 mpg. In terms of dependability, the Toyota is still rock-solid reliable, but other cars have improved to challenge it while also offering longer warranties to reinforce that point.

At the end of the day, we think you can do a lot better than the 2012 Toyota Corolla, and suggest that potential buyers check out the front-running competition first. We rank the Ford Focus and Hyundai Elantra highly for their sharp designs, welcoming cabins and high fuel economy. Meanwhile, the Chevrolet Cruze, Honda Civic and Mazda 3 are also excellent choices that surpass the Corolla in just about every regard.

The 2012 Toyota Corolla is a five-passenger compact sedan available in L, LE and S trim levels.

Optional on the LE and S is a sunroof that includes an overhead console with map lamps and a sunglasses holder. Also available is a touchscreen navigation system with voice control, satellite radio and Bluetooth streaming audio.

All 2012 Toyota Corollas are powered by a 1.8-liter inline-4 that produces 132 horsepower and 128 pound-feet of torque. A five-speed manual is standard and a four-speed automatic is optional.

In Edmunds performance testing, an automatic-equipped Corolla went from zero to 60 mph in 10.1 seconds, which is a second slower than the class average. EPA-estimated fuel economy stands at 26 mpg city/34 mpg highway and 29 mpg combined with the automatic and 27/34/30 with the manual. These numbers are respectable but pale in comparison to newer competitors that are capable of attaining 40 mpg highway.

Standard safety features on all 2012 Toyota Corolla models include stability and traction control, antilock brakes (front disc, rear drum), front side airbags and side curtain airbags. In Edmunds brake testing, the Corolla came to a stop from 60 mph in 127 feet, which is a bit longer than average.

In government crash tests, the Corolla received an overall score of four stars (out of a possible five), with four stars for overall frontal-impact safety and five stars for overall side-impact safety. In Insurance Institute for Highway Safety crash testing, the Corolla earned a top "Good" rating in the frontal-offset, side and roof strength tests.

The 2012 Corolla's cabin is a bit dull to the eye, and the materials used to construct it are mediocre at best. The cabins of the Chevrolet Cruze and Ford Focus feel like they belong to a more sophisticated market segment by comparison. On the upside, the Corolla's controls are quite simple to use.

As with most Toyotas, the Corolla's seats are soft and comfy, and will likely bring words like "recliner" and "La-Z-Boy" to mind. The seats lack support, however, so some may find long-distance comfort troublesome. The front seats offer a decent amount of space even for taller drivers (a revelation for a small Toyota), while the backseat also boasts decent room and a cushy bottom.

With 12.3 cubic feet of space, trunk space is average, but the trunk boasts a usefully wide opening.

The 2012 Toyota Corolla's softly sprung ride is perfect for commuting, and wind and road noise are nicely quelled, even at highway speeds. However, handling is unimpressive -- even if you don't profess to be a driving enthusiast, a back-to-back drive between a Corolla and any number of its competitors will reveal that the Toyota feels less responsive to inputs and therefore makes you feel less involved with the driving experience.

The Corolla's lone engine choice delivers the sort of languid acceleration typical at this price point, but Toyota makes a smooth engine, so at least your ears won't be paying for it. However, given that the car's fuel economy isn't as impressive as it once was, you may be less willing to put up with such lackluster performance.