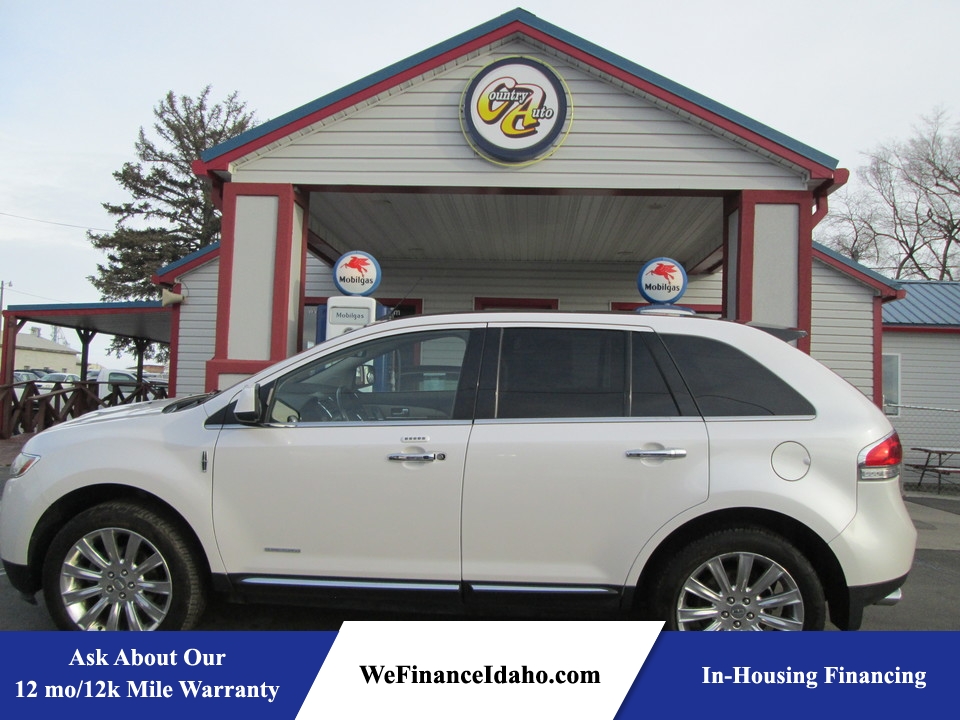 The 2011 Lincoln MKX is a well-equipped luxury crossover that's now fully competitive thanks chiefly to this year's substantial improvements in performance and interior quality.

For 2011, the Lincoln MKX gets substantially revamped with more power, freshened styling, new features and a more luxurious interior.

Sometimes, things make a visual promise that isn't realized in the end. Maybe it was that fancy chocolate cake your aunt made that didn't taste quite like you anticipated. Or it could've been a dream date that turned into a nightmare -- who knew such a looker could have such poor manners? Sadly, Lincoln's MKX has been a member of this hall of shame; in past reviews we've noted that its attractive styling couldn't hide its lackluster driving dynamics, weak brakes and subpar interior materials. But the 2011 Lincoln MKX gets it right, with substantial improvements in performance, features and overall quality that make it a worthy entry in the midsize luxury crossover segment.

Although the MKX crossover SUV already had good looks, it nonetheless gets a face-lift this year in the form of Lincoln's new "winged" grille, curvaceous front fenders and new taillights, that all serve to further differentiate it from its cousin, the Ford Edge. In the cabin, improvements come by way of higher-quality materials, redesigned seats, richer accents, including genuine aluminum trim and an enhancement to the Sync multimedia control system that's dubbed MyLincoln Touch. The latter provides a more intuitive touchscreen interface (much like a smartphone's) as well as additional voice commands.

Along with other tweaks, these upgrades put the Lincoln on more even footing with the impeccably trimmed cabins of rivals such as the Lexus RX 350. Many luxuries that are optional on competing models are also standard on the 2011 Lincoln MKX such as a power tailgate, remote start, power front seats with heating and ventilation, leather upholstery and rear parking sensors.

Under the updated sheet metal is a 3.7-liter V6 that achieves the impressive dual feat of having both impressive horsepower and respectable fuel mileage. With 305 horsepower, it makes 40 hp more than the previous 3.5-liter mill. Fuel economy is up slightly, too, with a combined fuel mileage estimate for the front-drive version of 21 mpg. Furthermore, the previously criticized brakes that produced rather long stopping distances were addressed as well, with beefier components that promise a more confident feel and shorter panic stop distances.

Although these updates are praiseworthy, it's still likely worth your time to shop around some. The luxury crossover SUV segment is chock-full of worthy candidates, including smaller choices like the 2011 Audi Q5, 2011 BMW X3, 2011 Mercedes-Benz GLK350 and 2011 Volvo XC60 as well as midsize models like the 2011 Acura MDX and Lexus RX 350. You might also check out the related Ford Edge Sport; while it's not premium badged, the ownership experience is going to be pretty similar. But overall the Lincoln MKX, now having the substance to back up its style, is a solid choice.

The 2011 Lincoln MKX is powered by a 3.7-liter V6 that makes 305 hp and 280 pound-feet of torque. There is a choice of front- or all-wheel drive. A six-speed automatic transmission with manual shifting capability is standard.

Fuel economy ratings are 19 mpg city/26 mpg highway and 21 mpg combined with front-wheel drive and 17/23/19 for all-wheel-drive models. When properly equipped, the MKX can tow up to 3,500 pounds.

The Lincoln MKX has not been rated using the government's new, more strenuous 2011 crash testing procedures. Its 2010 ratings (which aren't comparable to new 2011 tests) were a perfect five stars for frontal driver and side-impact protection with frontal passenger protection earning four stars. The Insurance Institute for Highway Safety gave the MKX its highest rating of "Good" for frontal-offset and side-impact protection and a second-best "Acceptable" for roof-strength integrity.

The 2011 Lincoln MKX boasts a well-trimmed cabin with handsome stitching, real aluminum accents and quality materials throughout. There are plenty of standard and optional creature comforts like heated and ventilated front seats, optional heated rear seats and a plethora of entertainment options. Both rows of seats offer plenty of space -- particularly in back, where three people can fit comfortably, a rare feat for any midsize crossover.

Behind the seats there are 32.3 cubic feet of available cargo space. Flip the second row down and that expands to 69 cubic feet, which is more than you'll see in the Audi Q5 and Mercedes GLK, but smaller than the capacities of the Acura MDX and Lexus RX 350.

The 2011 Lincoln MKX's 3.7-liter V6 is smooth and furnishes brisk acceleration, though the transmission can sometimes be reluctant to downshift unless you nearly floor it. We suspect that latter quirk is a result of fuel economy-minded transmission calibration that helps to reduce the crossover's appetite. Steering is decently weighted, while handling -- if not as sporty as the athletes of this class (such as the BMW X3) -- is certainly competent, with a buttoned-down demeanor through the curves. The MKX hasn't forgotten that it is a Lincoln and as such offers a cushy ride along with a cabin that's notably quiet, even at higher freeway speeds.