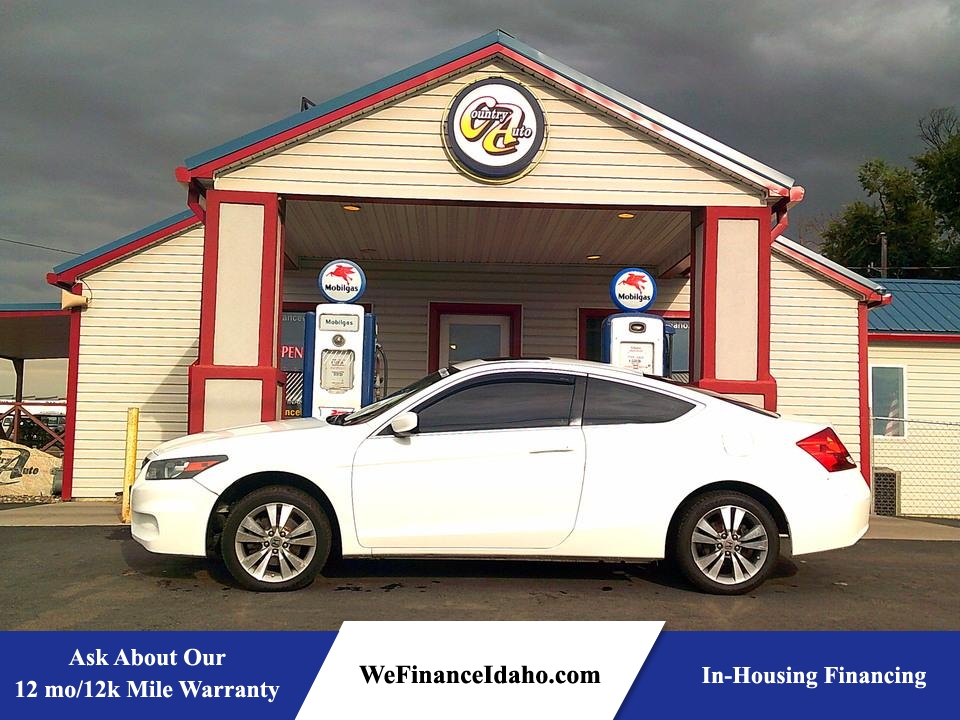 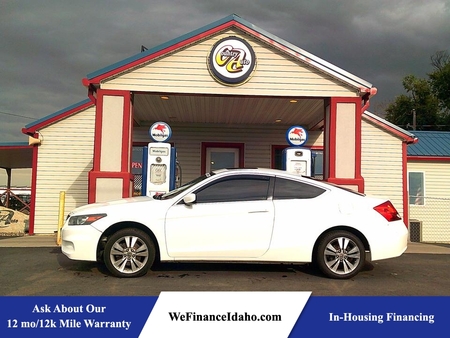 The 2011 Honda Accord might still be a champ in terms of sales, but we think astute shoppers will find that several of its competitors are now more compelling.

For 2011, the Honda Accord receives the first significant updates for its current-generation platform. Most notably, fuel economy is up thanks to revised aerodynamics plus tweaks to the engines and transmissions. The SE trim level has been added and there are new optional features as well, including an iPod/USB interface, a rearview camera, driver memory functions and shift paddles. The exterior has been given a mild refresh, while the interior's climate-control buttons have been rearranged for compatibility with the optional navigation system.

"What midsize sedan should I buy?" The answer to this question has long been "Honda Accord." It's the instinctive response, like being asked your birthday or your dog's name. The Accord has been a top choice in the segment so consistently that recommending one has always been easy. Times are changing, however. With impressive new competitors, the 2011 Honda Accord now has more serious rivals to compete against.

The current-generation Accord (it debuted in 2008) is the biggest yet, offering the most accommodating interior in its class. Yet this super-sizing of the Accord also comes with a downside, because it no longer feels like the "right-size" choice in the family sedan class. While its steering remains responsive and tactile, the Accord has a tendency to feel super-sized when driven around corners. Its acceleration is also a bit underwhelming, with a five-speed automatic transmission doing duty here when most competing models now offer snappier six-speeds.

There is one bright spot for 2011, because the Accord's engines choices are now more frugal. Thanks to aerodynamic tweaks, engine friction reductions and revised transmission gearing, the four-cylinder Accord now has an EPA rating of 23 city/34 highway, a rise of about 2 mpg that takes the Accord to the top of the fuel economy chart for family sedans. The V6 is also a bit more efficient this year, too.

Unfortunately, the Accord's interior hasn't changed much for 2011. Compared to newer competitors like the Ford Fusion, Hyundai Sonata and Kia Optima, the Accord's cabin looks and feels a bit down-market. The plastics aren't as nice and the look is rather drab -- especially if you opt for gray. Honda has made some slight changes to the convoluted climate controls found on navigation-equipped models this year, but the Accord's center stack continues to be plagued by far too many buttons.

Nevertheless, it's important to note that the 2011 Honda Accord remains a solid pick among family sedans. It's spacious, fuel-efficient and reliable and should hold its value well. The Accord also comes in a sporty coupe body style, something that few other automakers offer in their midsize models. So we still recommend the Accord. But choices like the 2011 Ford Fusion, 2011 Kia Optima, 2011 Hyundai Sonata, 2011 Mazda 6 and even the 2011 Suzuki Kizashi now outpace the Accord in many areas, so the answer to "What midsize sedan should I buy?" is now more muddled than it used to be.

The coupe's LX-S trim is equipped similarly to the LX sedan, but gets 17-inch wheels and a six-disc CD changer. The EX coupe does not include the power-adjustable driver lumbar, but does get the EX-L sedan's upgraded stereo without satellite radio. Both lumbar and satellite radio are added to the EX-L. Opting for the EX-L with a V6 also adds 18-inch wheels.

The 2011 Honda Accord LX trims and SE are powered by a 2.4-liter inline-4 engine that produces 177 horsepower and 161 pound-feet of torque. The EX version of this engine produces 190 hp and 162 lb-ft of torque. Both versions come standard with a five-speed manual transmission, while a five-speed automatic is optional. In Edmunds performance testing, an automatic-equipped LX-P went from zero to 60 mph in 9.1 seconds, which is on the slow side for this class. With the automatic, EPA-estimated fuel economy for both LX and EX versions is 23 mpg city/34 mpg highway and 27 mpg combined. The manual lowers the city number by 1 mpg.

The Accord EX and EX-L can be equipped with a 3.5-liter V6 good for 271 hp and 254 lb-ft of torque (251 with the manual-equipped coupe). A five-speed automatic is standard on both body styles, with the coupe getting shift paddles. The coupe can also be equipped with a six-speed manual gearbox. In Edmunds performance testing, a V6 sedan went from zero to 60 mph in 7 seconds, whereas a manual-equipped coupe did it in 6.3. The sedan achieves an EPA-estimated 20/30/24, while the coupe gets 19/28/22 with the automatic and 17/26/21 with the manual.

Every 2011 Honda Accord comes with antilock disc brakes, stability and traction control, front side airbags and side curtain airbags. In Edmunds brake testing, the various Accords we've tested over the years have stopped from 60 mph in about 130 feet -- on the long side for this class of car.

In the government's new, more strenuous crash testing for 2011, the Accord earned top five-star ratings all around for overall performance, front-impact protection and side-impact protection. The Insurance Institute for Highway Safety gave the Accord a top score of "Good" for the car's performance in frontal-offset and side-impact collisions and a second-best rating of "Acceptable" in the roof-strength test.

The Honda Accord no longer features the sort of class-leading materials and construction that used to make its cabin a benchmark. There are more hard plastics than in some competing vehicles, and fit and finish has gone down a bit from the car's predecessors. A rather uninspired design with an abundance of buttons doesn't do it any favors. The optional navigation system boosts the button tally further, but its voice commands, high-mounted screen and multipurpose knob are at least user-friendly.

The top-of-the-line leather seats are polarizing -- some of us love their bold contours and firm support, while others complain of numbness after long trips and overly aggressive lumbar support. No such complaints have been directed to the backseat, which we've found to be the largest among the midsize class -- leg and headroom are abundant even for 6-footers. The 14-cubic-foot trunk is numerically on the small side, but it has a large opening and is thoughtfully shaped, making it seem usefully larger than it actually is. The coupe's backseat and trunk are obviously much smaller, but among coupes, the Accord is actually one of the most accommodating.

Though we admire the 2011 Honda Accord's nicely weighted and communicative steering, much of the rest of the driving experience is a minor letdown. In particular, the body rolls too much in corners (the coupe is better in this regard) and the ride quality isn't as comfortable as what you'll get from other top sedans. Another concern is the greater amount of road noise than expected in this segment.

The base four-cylinder engine is unremarkable, providing leisurely and rather raucous acceleration, but the upgraded 190-hp version is more refined and offers the same fuel economy. Past Honda V6s have been something to brag about, but the 2011 Accord V6 lacks bottom-end torque and feels noticeably less powerful than the comparable V6s of the competition.