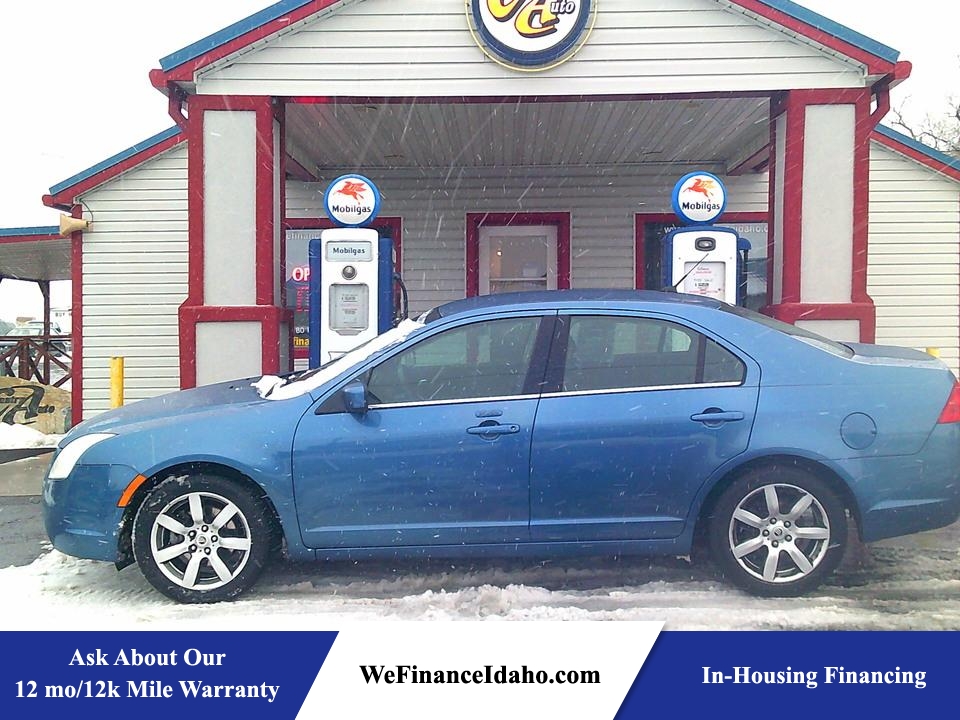 The revamped 2010 Mercury Milan addresses nearly all of our past complaints. It's not a clean-sheet redesign, but extensive modifications have resulted in a wholly competitive vehicle.

Like its Ford Fusion sibling, the 2010 Mercury Milan is a car that blurs the boundaries between a midcycle refresh and a ground-up redesign. Its platform is shared with last year's Milan, which means it's still fundamentally a stretched version of the first-generation Mazda 6. Yet practically everything else is new -- exterior design, interior design, powertrains, you name it. Before you write off the 2010 Milan as a warmed-over version of the previous model, though, we suggest you take one for a test-drive. The old Milan was already a pretty good midsize sedan, and thanks to Mercury's determination to rectify its flaws, the new one's even better.

If you don't believe us, take a look at our criticisms of last year's Milan. For example, we griped that its engines were short on power. Well, the 2010 Milan offers a competitive 175-horsepower four-cylinder base engine and a juiced-up 240-hp version of the familiar 3.0-liter V6. Fuel efficiency also wasn't up to snuff on last year's model, but this time around the Milan boasts class-leading fuel economy in four-cylinder guise. We also groused about the interior, but Mercury has upped the ante with higher-quality materials and a more attractive design. In short, Ford/Mercury did such a good job of addressing our complaints that we're having a hard time finding fault with its mostly new midsizer.

Other changes for 2010 include refreshed exterior and interior styling. We're particularly pleased with the interior makeover. Whereas the previous Milan's cabin felt distinctly dated, the new one compares favorably with rival layouts, featuring an attractive design and improved ergonomics. The 2010 Milan's two clearest shortcomings will likely be lamented only by driving enthusiasts: The standard 2.5-liter four-cylinder emits a rather unpleasant racket under hard acceleration, and the new electric power-assist steering system lacks the commendable communicativeness of the previous model's hydraulic setup. Of course, many four-cylinder family sedans are guilty of the same offenses, and that hasn't stopped them from racking up accolades and impressive sales numbers.

The market is overflowing with competent family sedans, but the Milan's well-rounded nature helps set it apart. Aside from its Fusion sibling, no competitor offers the excellent Sync multimedia integration system, and few boast available all-wheel drive. Only the Nissan Altima handles markedly better, and the Milan's ride is more compliant. If you want a sportier version of the Milan, the Fusion Sport has a larger engine and a sport-tuned suspension. Furthermore, if the Milan's styling isn't quite your cup of tea, the Fusion is a virtually identical car with a slightly different look. Don't let the 2010 Mercury Milan's familiar underpinnings deter you -- if you're in the market for a midsize sedan, this one belongs on your short list.

Options on the base Milan include many of the Premier's standard features plus a sunroof and reverse parking sensors. Additional options on the Premier include a 12-speaker Sony sound system, a blind-spot warning system, a back-up camera, a rear deck spoiler, a 12-speaker Sony sound system with a six-CD changer, and a voice-activated hard-drive-based navigation system and Sirius Travel Link (includes real-time traffic and weather information). Note that adding navigation downgrades the CD changer to a single-disc unit if the Sony sound system is specified. Also, the Premier model can be outfitted with the Voga package, which tacks on two-tone interior trim, special leather upholstery, chrome wheels and signature badging.

The 2010 Mercury Milan is powered by either a 2.5-liter four-cylinder engine or a 3.0-liter flex-fuel V6. Standard across the lineup, the four produces 175 hp and 172 pound-feet of torque. It's paired to a six-speed manual transmission in base Milans (a six-speed automatic optional), while the Premier model is automatic-only. The V6 puts out 240 hp and 223 lb-ft, and it's available only on Premier models. Front-wheel drive is standard, but all-wheel drive can be specified on the V6-powered Premier.

Fuel economy ratings for the four-cylinder Milan with the automatic transmission are an impressive 23 mpg city/34 mpg highway.

Antilock disc brakes, stability control, front-seat side airbags and side curtain airbags are standard on all Milans.

The 2010 Mercury Milan's cabin will be familiar to anyone who has spent time in the previous Milan, but that's not a bad thing. Soft-touch materials abound, and the overall look is inviting and appreciably more upscale than what you'll find in the Fusion. The center stack is a bit button-happy, but it's a significant ergonomic and aesthetic improvement over its dated predecessor. The available Sync system works great, integrating audio and Bluetooth functionality with voice-recognition technology to provide easy hands-free operation of cell phones and portable MP3 players.

There's plenty of room for passengers in the Milan. While Mercury's midsizer isn't the largest car in its class, its generous interior dimensions prove that such sedans need not be as controversially large as the Honda Accord or Mazda 6 in order to accommodate families' needs. A pair of adults will be content in back (especially given the new model's rear-seat headrests), and storage space is adequate. The 16.5-cubic-foot trunk is one of the largest around, and the split-folding rear seat enables larger items to be carried inside the car.

The 2010 Mercury Milan is one of the most engaging family sedans from the driver seat. Body control through corners is impressive, yet the ride remains comfortable and hushed. Performance from the base four-cylinder is adequate, and while the revised 3.0-liter V6 is still down on power compared to its rivals, it's plenty capable for most shoppers in this segment. On the downside, the electric power steering is light and numb, and the four-banger makes raucous noises during spirited acceleration.