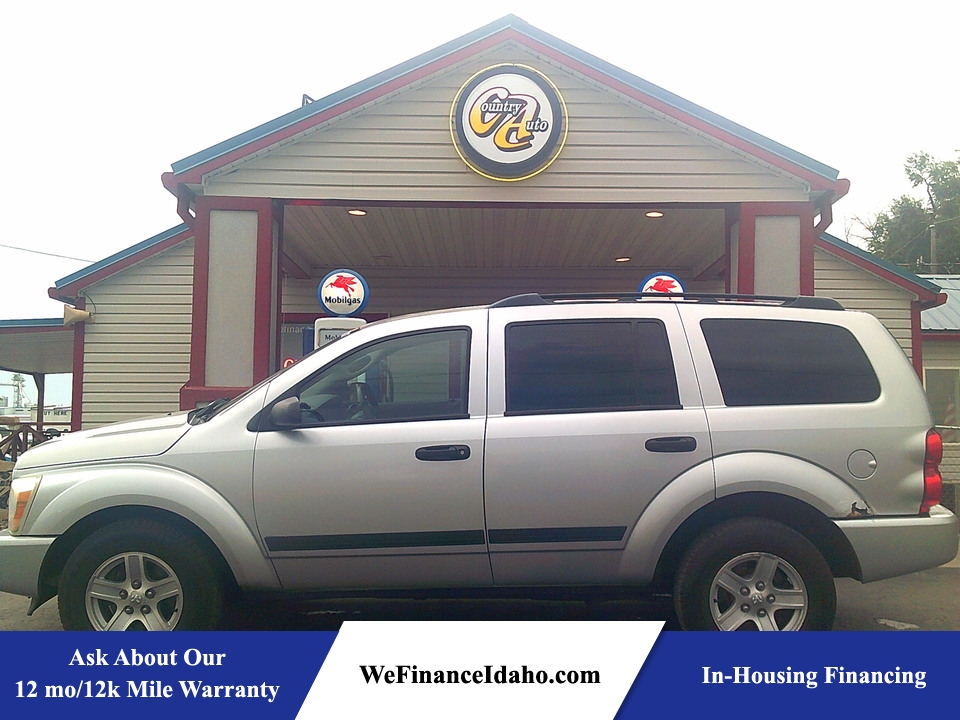 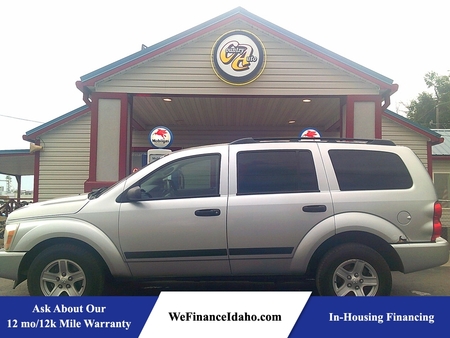 With its tough-truck styling, available Hemi V8 and roomy interior, the 2006 Dodge Durango offers an appealing combination of power, comfort and utility. If you don't mind its big thirst at the pump, it's a great value.

The 5.7-liter Hemi V8 gains a multidisplacement cylinder management system, which boosts fuel economy up to 20 percent in certain driving situations. Wheel choices have been revised, and 17-inch alloys are now standard. Stability control, a power rear liftgate and remote vehicle start system are newly optional. A three-passenger 60/40-split third-row seat is now optional on the SLT and standard on the Limited model, raising maximum seating capacity to eight.

Back in 1998, if you wanted eight-passenger capability in an SUV, it meant having to step up to a full-size beast, such as the Expedition or Suburban. Smelling an opportunity, Dodge designed its Durango SUV to fill the gap between midsize SUVs and their larger brethren. The original Durango was based on the Dakota pickup and offered a third-row seat that the midsize SUVs of the day didn't.

Power came from either a standard 5.2-liter V8 or an optional 5.9-liter V8, and all first-year Dodge Durango models had four-wheel drive. As the years went on, a two-wheel-drive version became available, a more efficient 4.7-liter V8 replaced the old 5.2, and a sporty R/T model debuted. A completely redesigned second-generation Durango debuted in 2004, and Dodge's SUV grew in virtually every dimension. Styling cues include Dodge's signature cross-hair grille and aggressive wheel arches. The cabin features more comfort for second-row passengers, thanks to added room, reclining seatbacks and options like secondary climate controls and a DVD entertainment system.

Unfortunately, adults will likely find that the second row's available legroom is rather tight. As on the original, a kid-friendly third-row seat is available. Previously, this bench could accommodate just two, but a new 60/40-split design for 2006 makes it possible to squeeze an extra child back there on carpool days, allowing the Durango to seat eight passengers total. With a maximum towing capacity of 8,950 pounds, the Dodge Durango can pull more weight than most full-size SUVs. The chassis boasts a fully hydroformed frame that promises greater structural integrity for better ride and handling characteristics along with a decreased chance of rattles and squeaks cropping up down the road. With its spacious cabin, powerful engine lineup and distinctive looks, the 2006 Dodge Durango is an SUV that deserves careful consideration, particularly if you've got a big family and tow a trailer.

The standard power plant for 2WD Durango SXT and SLT models is a 3.7-liter V6 that supplies 210 horsepower and 235 pound-feet of torque. Standard on 2WD Limiteds and all 4WD models is a 4.7-liter V8 with 230 horses and 290 lb-ft. For maximum towing and hauling power, an optional 5.7-liter multidisplacement Hemi V8 is available that generates 335 hp and 370 lb-ft of torque. All three engines use automatic transmissions; the V6 runs through a four-speed gearbox, while the V8s have five-speed units with a tow-haul mode. Properly equipped, a Hemi Durango has an 8,950-pound tow rating.

Modern in design and functional throughout, the seven-passenger Dodge Durango was designed with family usage in mind. Depending on which third-row seat option you select, it can seat seven or eight passengers. The front seats are roomy and comfortable, but adults will find legroom and storage areas in short supply in the second row. The third-row seat is suited for kids only. Cargo capacity should be more than ample for most buyers; there's 67 cubic feet when the third seat is folded into the floor. Other family-friendly extras include a DVD entertainment system, a 384-watt Infinity sound system and satellite radio.

In spite of its generous proportions, the Durango manages to deliver both a smooth, composed ride and nimble handling around corners. Dodge's SUV is similarly adept in off-road situations, offering plenty of wheel travel and a playful demeanor. The base V6 provides barely adequate power, so we recommend the 4.7-liter V8 for most buyers. Equipped with the top-of-the-line Hemi V8, the 2006 Dodge Durango is one of the quickest SUVs in its price range.