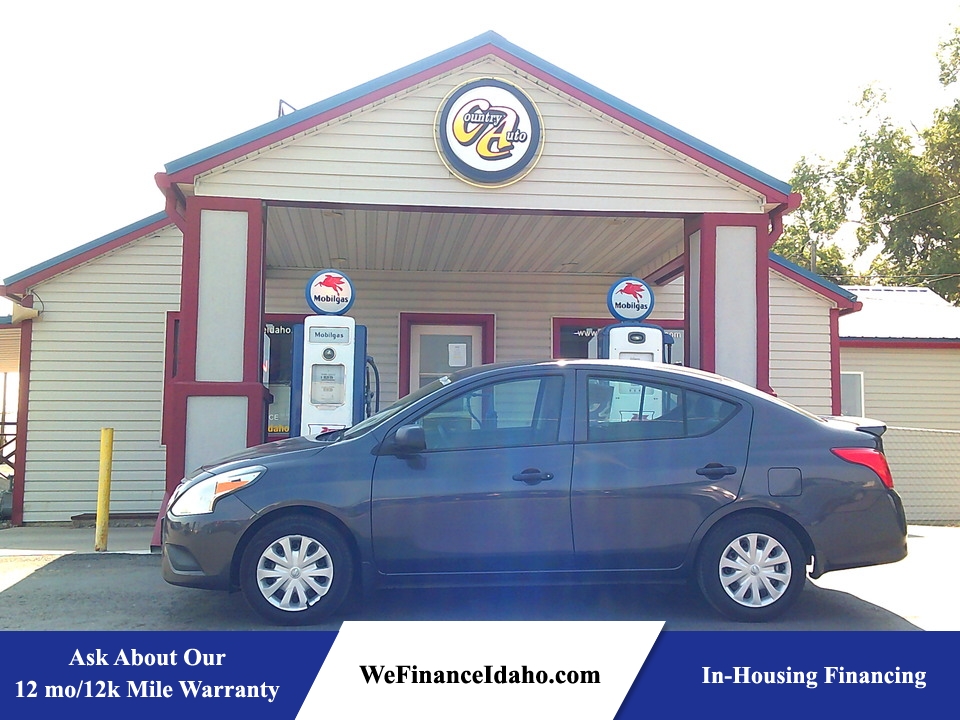 The 2015 Nissan Versa sedan provides comfortable, spacious and inexpensive transportation, and comes with a generous choice of available amenities. Just don't expect much in terms of personality or driver engagement.

The 2015 Nissan Versa gets refreshed exterior styling along with cabin upgrades designed to impart a more modern and refined look. Bluetooth connectivity is now standard on all models, and all trims get additional feature content.

Budget-priced cars used to be synonymous with cramped accommodations, subpar materials and coarse ride quality. The spacious and comfortable 2015 Nissan Versa shows how much the species has evolved. This industrious little Nissan has been one of the least expensive new cars on the market for a few years running, yet it still delivers the qualities that matter most for shoppers in this segment.

The Versa's big selling point is its backseat, which offers enough room to ensure that even taller passengers are comfortable on long journeys; it's an attribute that's conspicuously absent in many of the Nissan's rivals. Those who prefer not to travel light will appreciate the sedan's spacious trunk. Ride quality is forgiving and the Versa offers a generous array of available convenience features. High fuel economy is another big draw for the Versa.

While the Versa excels as a practical choice, though, it does little to go beyond being basic transportation. While Bluetooth has been added to the standard features list this year, base-model Versas are still leanly equipped. Amenities like keyless entry, full power accessories and satellite radio are standard on certain competing models, but you'll have to pay extra to get them on the Versa. This can work to undercut its cost advantage.

The Versa is also pretty uneventful to drive. Rivals like the Chevrolet Sonic and 2015 Ford Fiesta feel more alert and engaging when you're behind the wheel, for instance, and the Kia Rio and Hyundai Accent are quicker to accelerate. Plus, all offer more memorable styling inside and out and the general sense you're getting a little extra for your money. You'll certainly want to drive a few of these cars before making a decision, but overall the 2015 Versa should work out well if your main priority is getting a car that's roomy, easy to live with and very affordable.

The 2015 Nissan Versa sedan is offered in four trim levels: S, S Plus, SV and SL. Buyers interested in the hatchback version should check out the Nissan Versa Note, which is covered in a separate review.

The S Plus gets a standard continuously variable transmission (CVT), a rear spoiler, cruise control and two rear speakers.

The front-wheel-drive 2015 Nissan Versa is powered by a 1.6-liter four-cylinder that produces 109 horsepower and 107 pound-feet of torque. A five-speed manual transmission is standard on the S, and a four-speed automatic is optional. A CVT is standard on all other Versas.

In Edmunds performance testing, the Versa sedan with the CVT went from zero to 60 mph in 10.4 seconds, which is average for a subcompact sedan.

With the CVT, EPA estimated fuel economy stands at an excellent 35 mpg combined (31 city/40 highway), though most competitors have similar numbers. With the standard five-speed manual transmission, those numbers dip to 30 combined (27/36). The four-speed automatic gets the same combined mileage as the manual but 26 city and 35 highway.

The 2015 Nissan Versa comes standard with antilock brakes (front disc, rear drum), traction and stability control, front seat side airbags and full-length side curtain airbags. A rearview camera is optional on the Versa SL. Another worthwhile feature is the SL's Easy-Fill tire alert system, which makes it easier to add air to your tires by sounding the horn when you've achieved the correct psi.

In Edmunds brake testing, a Versa SL sedan came to a stop from 60 mph in 128 feet, which is a respectable distance but nevertheless a bit long for the segment.

The first thing that strikes you about the 2015 Nissan Versa's passenger cabin is its roominess. Nowhere is this more evident than in the backseat, where even tall adults will find a surprisingly generous amount of legroom. Even the trunk is big for a car this size, with 14.8 cubic feet of cargo space available before you fold down the 60/40-split-folding rear seats that are standard in the SV and SL models.

The front seats are fine for short hops, but comfort wanes on longer drives. Taller drivers might find it hard to achieve a comfortable position due to the lack of a telescoping steering wheel. Shorter drivers will likely find the S and S Plus trims' lack of a height-adjustable seat to be problematic. Gauges and controls are well placed and intuitive. The availability of desirable features such as keyless ignition and entry and a rearview camera is a nice touch for a car with a sub-$20,000 sticker price.

On the road, the 2015 Nissan Versa sedan's 1.6-liter engine is pretty unremarkable, but acceleration should be sufficient for most buyers. With a 35 mpg rating in combined driving for CVT-equipped models, the Versa is one of the thriftiest non-hybrid cars on the road.

The CVT is smooth and unobtrusive around town, but it can have the engine revving noisily if you abruptly press down on the gas pedal (in a highway passing situation, for instance) as it searches for its ideal ratio. This is a common complaint with CVTs that are paired with small four-cylinder engines, and most owners get used to this trait over time.

The Versa's suspension is tuned for comfort, and the result is a smooth ride quality that many subcompact models can't match. On the other hand, the small Nissan's steering and handling are pretty uninspiring compared with most competitors. You'll probably never notice those characteristics if you only drive your Nissan Versa to the office and back, but if you want something more fun, the Fiesta is worth a look.