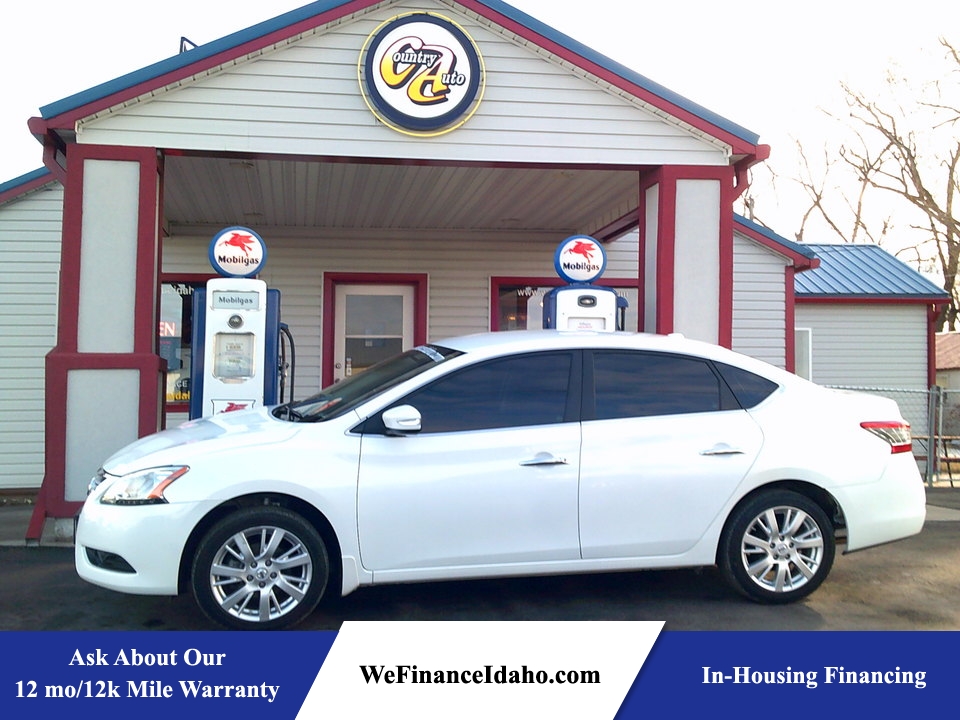 Thanks to competitive pricing, admirable fuel economy and a well-appointed cabin, the 2014 Nissan Sentra is a respectable choice in the small sedan class. But know that its rivals offer many of the same attributes and are more rewarding to drive overall.

Fresh off a redesign last year, the Nissan Sentra receives additional updates for 2014. These include numerous hardware and tuning changes beneath the skin that Nissan says it made to reduce noise and improve the way the car rides and handles. Nissan also revised the front seats for better comfort and has added smartphone app integration as an option.

Can't afford or don't need a midsize sedan? Well, many compact sedans now have the interior space and upscale, high-tech features once more commonly associated with cars farther up the model ladder. The 2014 Nissan Sentra is a perfect example of this trend, as it offers an impressive amount of interior room and a nice array of features for pretty attractive pricing. But when it comes time to choose a small sedan, there are other factors to consider.

Nissan fully redesigned the Sentra last year, making changes to the car's design, improving fuel economy and adding space and new features. We were only lukewarm about the car, however, as it did little to impress us in the way it drove. For 2014, Nissan has apparently taken note of the Sentra's weak areas, as the company has made hardware changes that it says reduce noise within the cabin and improve both ride comfort and handling. Although we didn't really notice the Sentra being notably quieter (we had no prior complaint in this area anyway), we found the car's sharper handling made it more enjoyable to drive through turns. Smartphone app integration via the NissanConnect interface is new as well.

Under the hood, the 2014 Sentra carries on with a 1.8-liter four-cylinder engine good for 130 horsepower. It provides modest acceleration, but clearly the goal here is to compete with rivals that promise 40-mpg capability on the highway. Indeed, the Sentra FE model earns this same impressive rating, and even looking at the more realistic and useful EPA combined figure, the Sentra is at the top of the small sedan class when it comes to saving you money at the pump.

Still, the 2014 Nissan Sentra stakes a claim in a segment that is chock full of great choices, each with its own advantages. The 2014 Ford Focus and 2014 Mazda 3 both provide a more involving and refined driving experience, along with a slightly more youthful vibe. And you can't leave out the Hyundai Elantra and Honda Civic, given their well-rounded nature and generous lists of standard features. The 2014 Volkswagen Jetta is also notable for its roomy interior and, for 2014, its new turbocharged engine. These are formidable rivals, but if fuel economy and a spacious interior are your top priorities and your budget is tight, the 2014 Nissan Sentra is a smart alternative to the heavyweights in this class.

The 2014 Nissan Sentra is a small, five-passenger sedan offered in S, SV, SR and SL main trim levels. There are also "FE+" versions of the S and SV that prioritize fuel economy.

The FE+ versions of the S and SV add a rear spoiler, underbody aerodynamic deflectors and low-rolling-resistance tires, all of which promote slightly higher highway fuel efficiency.

Every 2014 Nissan Sentra gets a 1.8-liter four-cylinder engine rated at 130 hp and 128 pound-feet of torque. A six-speed manual transmission is standard on the base model, and a continuously variable transmission (CVT) is optional. All other Sentras have the CVT as standard.

The EPA estimates the six-speed manual Sentra will achieve 30 mpg combined (27 mpg city/36 mpg highway). Opting for the CVT ups economy to 34 mpg combined (30 mpg city/39 mpg highway). The FE+ model earns 1 more highway mpg, but the combined figure nets out the same at 34 mpg -- even so, it makes the Sentra one of the most fuel-efficient cars in this class.

In Edmunds testing, a Nissan Sentra SL accelerated from zero to 60 mph in 10.1 seconds, which is slower than average for this class of car.

The 2014 Nissan Sentra comes standard with antilock brakes, stability control, front-seat side airbags, full-length side curtain airbags and active front head restraints. Most Sentra models come with rear drum brakes, although rear discs are an option, as is a rearview camera.

In Edmunds brake testing, a 2014 Sentra SL stopped from 60 mph in 118 feet, a better than average distance for the segment.

In government crash tests, the Sentra earned an overall rating of four stars (out of a possible five), with four stars for total frontal impact protection and five stars for side-impact protection. The Insurance Institute for Highway Safety awarded the 2014 Sentra its best rating of "Good" in its moderate-overlap frontal offset, side impact and roof strength crash tests. The Sentra's seat/head restraint design also earned a "Good" rating for whiplash protection in rear impacts. However, the Sentra received a lowest "Poor" rating in the small-overlap frontal offset crash test.

Taller drivers will welcome the Nissan Sentra's unexpectedly spacious front seats. Rear-seat passengers aren't left out, either. Indeed, the rear accommodations are so spacious that the Sentra practically feels like a midsize sedan from the backseat.

Although the Sentra's conservative overall interior design isn't going to wow you, everything in the cabin is solidly screwed together. One new addition this year is smartphone app integration (NissanConnect), which allows you to search the Internet via the car's 5.8-inch touchscreen interface, stream Internet radio (Pandora or iHeartRadio) and monitor text messages and social media.

Luggage capacity is generous for the class. At 15.1 cubic feet, the Sentra's trunk volume is comparable to that of many midsize sedans.

The Nissan Sentra's 130-hp engine is pleasantly muted while accelerating moderately and cruising at freeway speeds. The Sentra's CVT is one of the better ones out there, offering little of the strangely elastic "rubber-banding" sensation some of these transmissions suffer from. Only under hard acceleration will you notice that it's a CVT when the engine spins to redline and stays there as the car's speed increases. Even so, it's no louder than a conventional automatic in this scenario. If you're accustomed to driving small cars with conventional automatic transmissions, you probably won't notice much difference here.

Although last year's Sentra provided a fairly smooth ride and respectable handling, Nissan has made changes to the suspension and steering this year to improve the car's abilities in both areas. It seems to have worked, as the Sentra does a good job at keeping harsh impacts at bay while running over rough roads, and both steering and handling feel notably sharper this year.