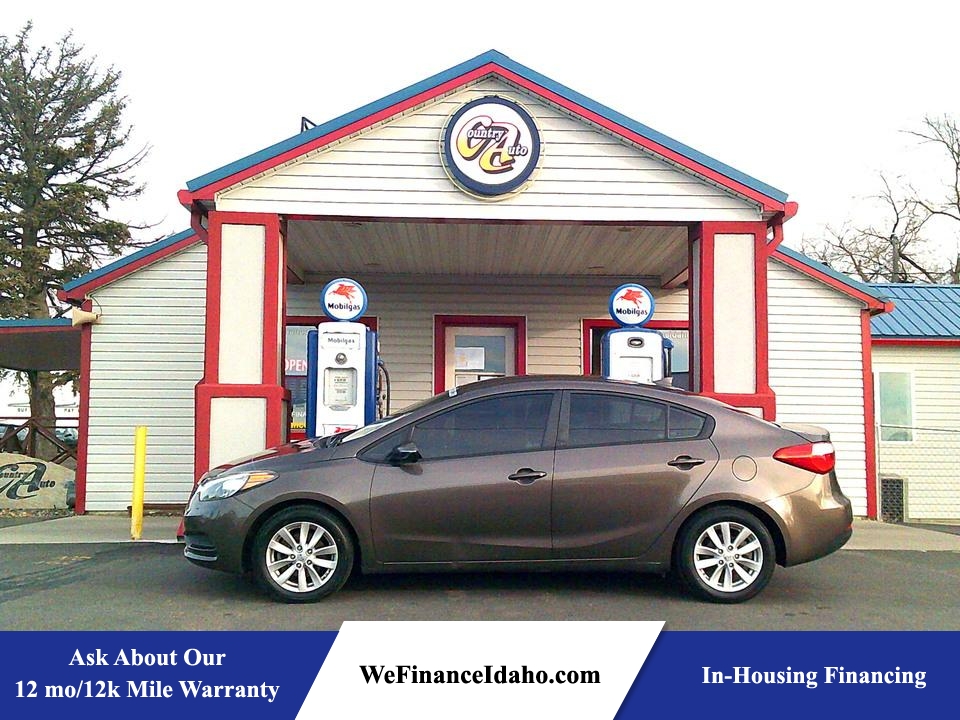 Quality and value are high points on the 2014 Kia Forte, and its sharp new look pushes it toward the head of the compact-car class.

For 2014, the Kia Forte is fully redesigned.

Lately, Kia has been fielding strong entries in virtually every segment it enters. Now the 2014 Kia Forte has joined the roster in the compact car class. Previously, we had considered the Forte a decent pick thanks to its low price, respectable performance and generous standard features, but ultimately relegated it to mid-pack status for its lackluster cabin materials and elevated road noise. With this year's redesign, Kia has addressed those gripes in a big way.

Once again, the Forte will come in three body styles: sedan, four-door hatchback (known as the Forte 5) and two-door coupe (Forte Koup). No matter the body style, one of the biggest draws to the new car is the way it looks. We usually don't talk about styling, given its subjective nature. But we doubt we'll find much argument when we say the Forte is one of the sharpest-looking cars in its segment.

Even better, the redesigned Forte isn't an example of form over function. It's longer and wider than its predecessor, and you'll notice this on the inside, as the car is quite roomy. Rear seat legroom is especially good. You'll find plenty of features here, too, as even the base LX trim level offers Bluetooth and an iPod interface as standard, while high-end amenities like xenon headlights, keyless ignition/entry, a voice command system (for the audio system and your smartphone) and even heated rear seats are available. Overall interior quality is much better this time around as well.

There are three different engines for the 2014 Kia Forte, and all make more than competitive power. The upgraded 2.0-liter four-cylinder on EX models makes the new Forte one of the quickest cars in the segment, while an even stronger, turbocharged 1.6-liter engine is available on SX versions of the Forte coupe and Forte5 hatchback. The downside, though, is that none of these engines excels in the fuel economy department.

As you likely know, there are many good choices in this class. The 2014 Ford Focus and 2014 Mazda 3 are a little more fun to pilot and tend to get better fuel economy in real-world driving, while the Honda Civic and 2014 Volkswagen Jetta are well-rounded sedans with lots of refinement and comfort. And of course you might also consider the Kia's cousin, the Hyundai Elantra. But with its roomy interior, upscale features, strong engine lineup and sharp styling, the 2014 Kia Forte is an excellent choice for an affordable sedan, coupe or hatchback.

The 2014 Kia Forte is available as a sedan in LX and EX trim levels. The four-door hatchback (Forte5) and two-door coupe (Koup) are available in EX and SX trims.

Spring for the EX and you get all the above plus a more powerful engine, adjustable steering effort, foglights, LED running lights, chrome accents, a leather-wrapped steering wheel, Kia's Uvo voice-activated infotainment system with Bluetooth audio connectivity, a rearview camera, a sliding console armrest and a fold-down rear center armrest.

The EX hatchback and coupe echo the sedan, while the SX versions include those features but takes a sportier tack, with a turbocharged engine, 18-inch wheels, unique front and rear fascia styling, chrome exhaust tips and metal-trimmed pedals. Option packages for the coupe and hatchback essentially mirror those for the EX sedan.

The LX is powered by a 1.8-liter four-cylinder engine making 148 horsepower and 131 pound-feet of torque. Power runs to the front wheels through a six-speed manual or six-speed automatic transmission. Fuel economy estimates for the Forte LX sedan are 29 mpg combined (25 mpg city/36 mpg highway) for the 1.8 with the automatic. The manual transmission is also rated at 29 mpg combined (25 mpg city/37 mpg highway).

In Edmunds testing, a Kia Forte EX sedan accelerated from zero to 60 mph in 8.1 seconds, while a Forte SX Koup with a manual transmission did the sprint in 7.0 seconds. Both times are very quick for the compact car segment.

Every 2014 Kia Forte comes standard with antilock disc brakes, traction and stability control, front side airbags and side curtain airbags.

In Edmunds brake testing, a Forte EX sedan came to a stop from 60 mph in 121 feet, while a Forte SX Koup turned in a 118-foot effort. Both are slightly better than average for this segment.

Far from being an economy car stuffed with gadgets, the new Kia Forte boasts a handsome cabin furnished with quality materials that, in the higher trim levels, would give premium-brand compacts a run for their money. What's more, the Forte's high-tech features are well designed and easy to use. The touchscreen interface, with its large, logically positioned "buttons," is one of the best examples of this technology, regardless of market segment or price range.

Seat comfort front and rear is very good thanks to thick, well-bolstered seats. Even 6-foot adults should be comfortable sitting in back. The Forte sedan is also very generous when it comes to cargo capacity, boasting a trunk capacity of 14.9 cubic feet. The Forte 5 hatchback boasts 23.2 cubic feet.

Even the two-door Koup is surprisingly practical, boasting a 13.3-cubic-foot trunk that rivals many compact sedans. Its backseat is also spacious enough for adults, and reasonably easy to reach. Unfortunately, the driver seat is mounted a bit high, and as a result some of our taller editors found it difficult to get comfortable behind the wheel.

The 173-hp four-cylinder in the 2014 Kia Forte EX is one of the stronger engines you'll find in this class. This output doesn't translate to blazing acceleration, but in general, the EX feels quicker than the norm. The automatic transmission provides smooth gearchanges, and it's surprisingly responsive with downshifts during typical passing and merging situations. The only downside is that the 2.0-liter sounds and feels a bit buzzy during hard acceleration. The available 1.6-liter turbocharged engine makes for a livelier experience in both the hatchback and coupe. Although both transmissions are well matched to this motor, the slick-shifting six-speed manual is quite a bit of fun if you're so inclined.

The Forte has precise steering, and handling around turns is steady. On upper trim levels, you can even adjust the steering effort via a three-mode (Comfort/Normal/Sport) button on the wheel. Most shoppers in this segment will likely be satisfied with the Forte's overall ride quality. But the Forte's suspension can occasionally seem a bit unrefined. Rougher roads can produce a somewhat busier and stiffer ride, unlike rivals like the Focus or Mazda 3, both of which have a more sophisticated ride over broken pavement.