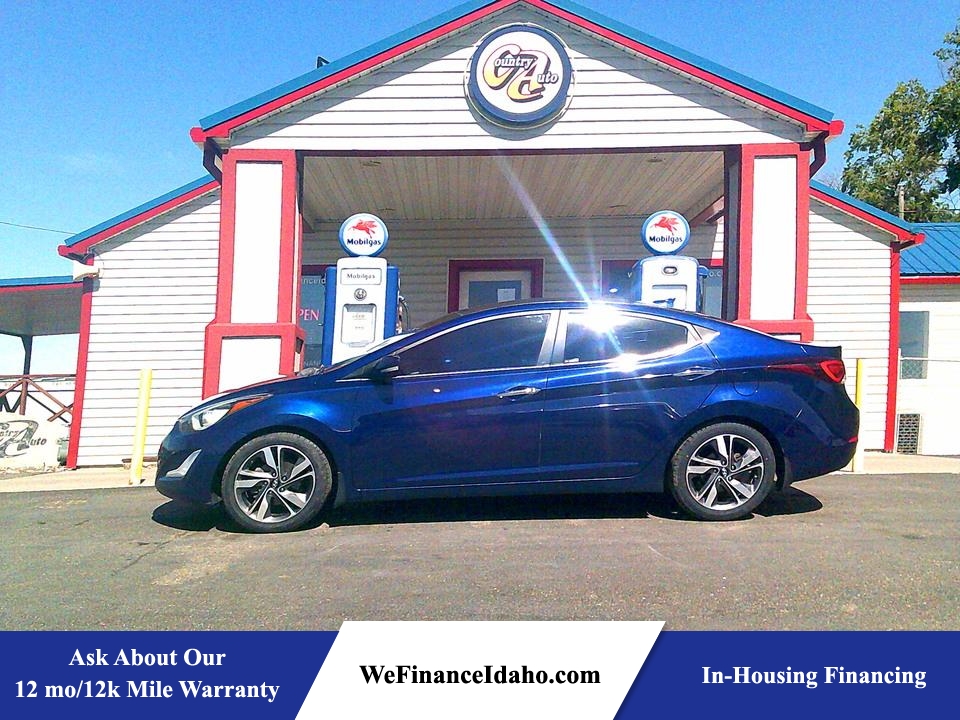 Although the 2014 Hyundai Elantra remains one of our top picks for an economical compact sedan, some newer rivals have eclipsed it in regards to refinement and comfort.

For 2014, the Hyundai Elantra sedan receives numerous changes, including slight cosmetic modifications inside and out, a new Sport trim level with a more powerful engine, upgraded infotainment features and a quieter cabin.

Unless you know what to look for, you might not think much is different about the 2014 Hyundai Elantra, which appears to be the same sleekly styled sedan that has been out since 2011. But Hyundai has made a lot of little updates this year, and they bring about some noticeable improvements to an affordable compact sedan that was already worth your consideration.

In previous years, we found that the Elantra sedan wasn't as sporty to drive as some of its competitors. For 2014, however, there's a new Sport trim to remedy that. Fortunately, this trim doesn't amount to just a few extra body trim pieces and red interior stitching. No, the new Elantra Sport receives a more powerful engine and a sport-tuned suspension that may give it a level of driver engagement comparable to rivals.

Another point of contention we had with earlier Elantras was the higher than normal amount of road and engine noise that made its way into the cabin. This time around, Hyundai has packed more sound insulation into the car to deliver a quieter ride. You'll also find Hyundai's latest infotainment features, including new touchscreen displays. In addition, the Elantra still has all of its usual positive attributes, including a generous equipment list, an accommodating trunk, a long warranty and sharp styling -- all at a reasonable price. And if the sedan doesn't fit your taste, there's also a GT four-door hatchback and a coupe model, both of which are covered in separate reviews.

With the aforementioned improvements, the 2014 Hyundai Elantra sedan remains a contender among compact sedans, despite giving up some refinement to top rivals. Indeed, it earned a "B" rating from Edmunds.com and as such we recommend checking one out alongside the venerable 2014 Ford Focus and fully redesigned 2014 Mazda 3. Even against the top-selling 2014 Honda Civic, the Elantra may very well meet or exceed your expectations.

Except for the automatic transmission, heated rear seats and BlueLink, the Sport includes all of the above along with a new 2.0-liter engine, a sunroof, a sport-tuned suspension and keyless ignition/entry.

Available on the Limited trim only is the Technology package, which includes keyless entry/ignition, a larger 7-inch touchscreen display, dual-zone automatic climate control, a navigation system and an upgraded audio system with a Pandora Internet radio interface.

Powering the 2014 Hyundai Elantra SE and Limited models is a 1.8-liter four-cylinder engine that produces 145 horsepower and 130 pound-feet of torque. A six-speed manual transmission is standard on the SE, while a six-speed automatic is optional. The automatic is the only transmission offered on the Limited.

Standard safety features for all 2014 Hyundai Elantra sedans include four-wheel antilock disc brakes, hill-start assist, stability and traction control, front-seat side airbags and full-length side curtain airbags. A rearview camera is optional on the SE and standard for the Limited and Sport trims. The BlueLink emergency telematics system is only available on the Limited trim and provides services such as remote access, emergency assistance, theft recovery and geo-fencing (allowing parents to set limits for teenage drivers).

In Edmunds brake testing, a Hyundai Elantra Limited sedan came to a stop from 60 mph in 126 feet, which is an average distance for cars in this class.

In government crash testing the Elantra received an overall five-out-of-five-star rating, with four stars for total frontal crash safety and five stars for total side-impact protection. In the Insurance Institute for Highway Safety, the Elantra earned a second-best "Acceptable" rating in the small-overlap front-overlap crash test and the top "Good" rating in the moderate-overlap frontal-offset, side-impact and roof strength tests. Its seat/head restraint design also rates "Good" for whiplash protection in rear impacts.

The 2014 Hyundai Elantra's interior features a modern organic approach to design, with a swooping center stack that integrates well with the numerous other curves throughout the cabin. While there are some hard plastic elements here and there, they are convincingly grained to look a bit more upscale. The Limited trim is understandably more luxury-leaning than the others, and adding the optional Technology package enhances that feel.

Several changes this year improve the interior. The air vents in the middle of the dash are now higher up, improving airflow for both front and rear passengers. Limited and Sport trims feature a new 4.3-inch audio touchscreen interface that provides a larger, more modern display than seen previously. As before, the available navigation system is easy to use, with large virtual buttons and an intuitive layout. Opting for navi also gets you Pandora radio, giving music fans yet another source for their preferred tunes.

In general, the Elantra offers more space than you'd expect from a compact car. Headroom up front is good for those up to 6 feet tall, but taller folks may find it more difficult getting the seat as low as they'd like. The backseat is fine for kids and even most adults, though taller passengers will find its abundant legroom and shortage of headroom a mixed blessing.

The Elantra sedan features a large trunk with 14.8 cubic feet of cargo room, a generous number for this segment. The 60/40-split pass-through is also quite large.

With the introduction of the Sport trim this year, the 2014 Hyundai Elantra may be more of a match for the Ford Focus and Mazda 3, which have historically been more engaging to drive. We have yet to test this model, but the more powerful 2.0-liter engine and sport-tuned suspension are certainly good omens.

That said, the 1.8-liter engine on Elantra SE and Limited models will likely prove adequate for the majority of drivers. On the SE and Limited, however, the gas pedal's response will likely seem abrupt until one acclimates. And while the automatic transmission is usually a smooth operator, it can occasionally hunt between gears.

For 2014, Hyundai added more sound insulation to quell engine and tire noise, which was one of our previous gripes. As such, the Elantra is noticeably quieter at freeway speeds and is indeed one of the quieter cars in its segment in this regard. Through turns, it's also stable and secure, though not particularly engaging. The one gripe we have here is the car's ride quality over broken pavement -- it can be rather harsh over bigger bumps and potholes, making the Elantra feel unrefined compared to several key rivals.