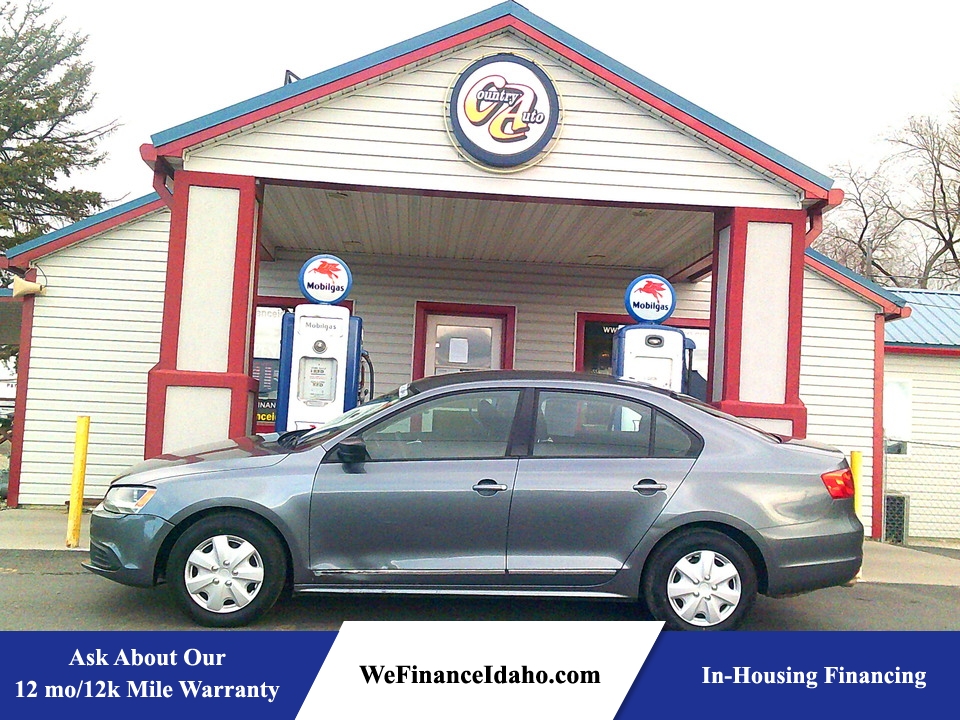 The 2013 Volkswagen Jetta is roomy and quite efficient, especially when equipped with the diesel engine. But other small sedans will likely be more enjoyable to own overall.

For 2013, upper-level trims get a few new features and all but the base model get four-wheel disc brakes. An all-new hybrid model also joins the lineup later in the model year.

We're over it. We've accepted it. We knew Volkswagen set its sights on massive North American sales success, and that the sixth-generation Jetta, released two years ago, would form the centerpiece of the automaker's strategy. At the time, we lamented that the new, bigger, more affordable Jetta also felt cheaper, and its cost-cutting measures were obvious inside, outside and underneath. The 2013 VW Jetta continues in this direction, and while it hasn't grown any more luxurious or premium, it does remain a solid choice in its class.

No longer simply a Golf with a traditional trunk, the 2013 Volkswagen Jetta offers a longer wheelbase and more rear-seat room than VW's compact hatchback. In fact, the Jetta's rear seat is one of the most spacious in the class, with 2 inches more legroom than the Chevrolet Cruze or Honda Civic, and 5 inches more than the Ford Focus. The Jetta's space makes it that rare compact sedan that no longer causes embarrassment when you unexpectedly need to shuttle upper-level career-makers to an important lunch.

Granted, the hard-touch plastic surfaces inside won't impress much (unless you spring for the cushier SEL trim level). In the price-point frenzy, the Jetta has lost some of the details that used to give it an edge, like adjustable armrests, rear-seat air vents and a sophisticated rear suspension. That said, most trim levels offer a pretty generous complement of standard features, while the top trims and diesel variants benefit from the premium Fender sound system with a touchscreen interface. We still like the diesel-fueled Jetta, too, and its impressive highway fuel economy.

How much all of the cost-cutting matters to you depends on your perspective. Volkswagen might have forsaken its traditional enthusiasts, yet the 2013 VW Jetta is still a solid choice as small sedans go. Its spacious interior, standard features, comfortable ride and optional fuel-efficient diesel fit well with the needs of most buyers. At the same time, though, the Ford Focus and Mazda 3 are more enjoyable to drive, the Dodge Dart is much more customizable and the Hyundai Elantra and Nissan Sentra are nearly as fuel-efficient with their base engines as the Jetta TDI, while costing thousands less.

If you're looking for something "extra" from your small sedan, the Volkswagen Jetta is a solid choice but no longer your best choice.

The 2013 Volkswagen Jetta is available in Base, S, SE, SEL and TDI trim levels. The Volkswagen Jetta Sportwagen is reviewed separately, as are the performance-oriented GLI and the new Jetta Hybrid.

The SEL includes all the SE's optional equipment, plus 17-inch alloy wheels, foglamps, keyless ignition/entry, a six-way power driver seat and a trip computer. The SEL also is available with touchscreen navigation that bundles an eight-speaker Fender premium sound system with a subwoofer.

The Jetta TDI with its turbodiesel engine is equipped similarly to an SE with the Convenience package. Adding the Premium package gets a sunroof and Fender sound system with touchscreen interface. When equipped with the optional navigation system, the TDI also gets 17-inch alloy wheels, a six-way power driver seat and keyless ignition/entry.

The 2013 Volkswagen Jetta S comes with a 2.0-liter four-cylinder that produces 115 horsepower and 125 pound-feet of torque. A five-speed manual transmission is standard and a six-speed automatic is optional. EPA-estimated fuel economy is 23 mpg city/29 mpg highway and 25 combined with the automatic and 24/34/28 with the manual. These numbers increase slightly if you use premium gasoline.

The Jetta SE and SEL get a 2.5-liter inline-5 that produces 170 hp and 177 lb-ft of torque. A five-speed manual transmission is standard and a six-speed automatic is optional. The bigger engine's EPA-estimated fuel economy is actually quite similar to the 2.0-liter, rated at 24/31/27 for the automatic and 23/33/26 for the manual. Jetta SE and SEL models sold in California-emissions states can also earn super-clean PZEV emissions certification. In Edmunds performance testing, a manual-equipped Jetta SEL went from zero to 60 mph in a reasonably quick 8.4 seconds.

The Jetta TDI features a turbocharged 2.0-liter diesel inline-4 that produces 140 hp and 236 lb-ft of torque. A six-speed manual is standard and a six-speed dual-clutch automated manual gearbox is optional. In Edmunds performance testing, a Jetta TDI hustled from zero to 60 mph in 8.6 seconds. With either transmission, estimated fuel economy stands at an excellent 30/42/34.

The 2013 VW Jetta comes standard with traction and stability control, front side airbags, side curtain airbags and active front head restraints. All Jettas have front and rear antilock disc brakes with brake assist except for the Base model, which has rear drums. In Edmunds brake testing of an SEL with summer tires, the Jetta came to a stop from 60 mph in a better-than-average 117 feet. The TDI with all-season tires closed the same distance in a more disappointing 135 feet.

In government crash tests, the Jetta earned an overall score of four stars (out of a possible five). Within that rating, it earned four stars for overall front crash protection and five stars for overall side-impact protection. The Insurance Institute for Highway Safety gave the Jetta its best possible rating of "Good" in the frontal-offset, side and roof strength tests.

The 2013 Jetta has one of the more ho-hum interiors in the small sedan class. Build quality is still tight, but the hard plastic surfaces and overall design do little to inspire. But what the Jetta loses in finer details, it makes up for in the expanse of its cabin and a rear-seat area large enough for full-size adults to sit comfortably. The 15.5-cubic-foot trunk also is one of the roomiest you'll find in this class.

We also like the available touchscreen stereo interface and its redundant dial knob, which is ideal for controlling a portable music player. The associated navigation system, however, is a bit of a letdown due to the small screen and limited amount of display information.

Although now built for mainstream success in America, the Volkswagen Jetta still remains decidedly German with its solid and substantial feel. The ride quality is quite good, as the suspension easily soaks up most road irregularities. The Jetta's handling is hardly memorable, though, and many other small sedans feel lighter and more maneuverable at the helm.

The base 2.0-liter engine should be avoided; it's underpowered and offers no better fuel economy than the 2.5. The bigger engine isn't the smoothest nor richest-sounding in its class, but it's still the better choice. One caveat: We've noticed an annoying, delayed throttle response when this engine is paired with the six-speed automatic.

Though notably more expensive than the 2.5-equipped SE and SEL, the TDI diesel is the commuter's choice thanks to meaty low-end torque and frugal fuel economy. We'd choose the manual transmission, as the DSG automated manual also suffers from delayed throttle response when in its normal mode.