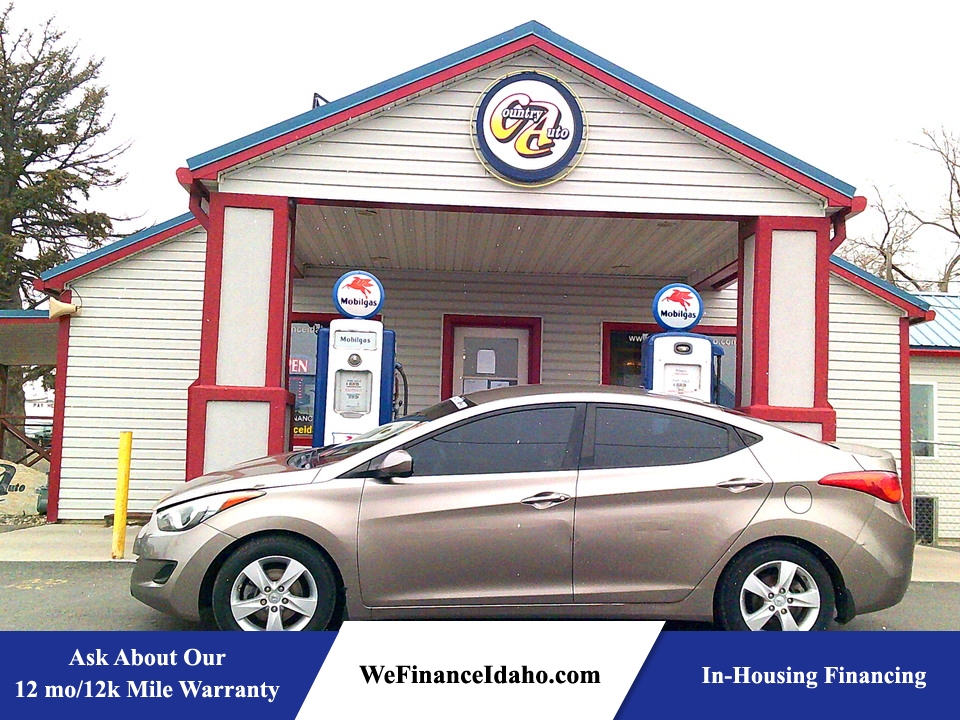 Thanks to head-turning styling, a fuel-efficient engine, a long list of standard safety features and upscale options, the 2013 Hyundai Elantra stands as a top pick for a compact sedan.

For 2013, the Hyundai Elantra sedan is pretty much unchanged, though Hyundai has introduced new Elantra coupe and hatchback body styles. They are reviewed separately.

The Hyundai Elantra is what we'd affectionately call a late bloomer. Models produced during the 1990s were pretty terrible and not suited for much more than late-night-show joke fodder. But Hyundai has been continually making improvements over the years, highlighted by a dramatic redesign two years ago. As such, the 2013 Hyundai Elantra now stands as one of the best choices for a compact car, eclipsing even more well-known choices from Honda and Toyota.

Distinctive styling is certainly one of the Elantra's main draws. Although obviously a subjective opinion, the Elantra's sleek bodywork helps it stand out in the popular small sedan segment. Under the Elantra's sheet metal is a 1.8-liter engine that provides respectable performance as well as frugal fuel economy.

Inside, the Elantra boasts a daring design theme and rich-looking materials. There's plenty of headroom for passengers, and although the Elantra's sleek style does cut into rear seat headroom a little, the trunk is one of the roomiest you'll find in this class. In typical Hyundai fashion, the Elantra is also equipped with plenty of standard features, plus some unexpected options including heated front and rear seats and keyless ignition/entry.

Just like the Elantra, however, the small-sedan segment is not what it once was. It's now brimming with excellent choices, such as the 2013 Chevrolet Cruze, 2013 Ford Focus and 2013 Mazda 3. The Honda Civic, Nissan Sentra and Toyota Corolla are also still worth a look. Comparison shopping is a must. But overall we think the 2013 Hyundai Elantra is a great choice in this group.

The 2013 Hyundai Elantra sedan is available in GLS and Limited trims.

Every 2013 Hyundai Elantra has front-wheel drive and comes with a 1.8-liter four-cylinder engine that produces 148 horsepower and 131 pound-feet of torque. Vehicles sold in California-emissions states get a partial zero-emissions vehicle (PZEV) version of this engine, which lowers output to 145 hp and 130 lb-ft of torque. A six-speed manual transmission is standard, and a six-speed automatic is optional except on the Limited sedan, which comes standard with the automatic.

In Edmunds performance testing with a non-PZEV engine, an Elantra Limited sedan went from zero to 60 mph in 9.4 seconds -- slightly slower than average. EPA fuel economy estimates are the same for each transmission, with 29 mpg city/40 mpg highway and 33 mpg combined. In our testing, however, we've noticed that the Elantra struggles to achieve its highway number in real-world driving.

The Elantra's interior features a curved center stack and stylized climate controls that provide a bit of extra flair while still being easy to use. The design is attractive and the materials, while not quite best-in-class, at least have a rich look to them. With available high-end features like leather seating, heated front and rear seats, an excellent navigation system and a rearview camera, you can even equip an Elantra to luxury-car levels.

In general, the Elantra offers a lot more space than you'd expect from a compact car. Headroom up front is plentiful for 6-footers and the steering wheel is a bit smaller in diameter than usual, which enhances the sense of space in the first row. The backseat is fine for kids and even most adults, though vertically gifted folks will find its abundant legroom and shortage of headroom a mixed blessing.

The Elantra sedan features a large trunk with 14.8 cubic feet of cargo room, a generous number for this segment. The 60/40-split pass-through is also quite large.

While the 2013 Hyundai Elantra isn't quite as exciting to drive as it is to look at, it's certainly not dull. The 1.8-liter engine has plenty of pep for daily driving, and the six-speed automatic transmission shifts smoothly and willingly downshifts. The cabin is a relatively quiet place, with little wind noise to speak of, though there is enough road and engine noise to remind you that the Elantra is still a compact economy car rather than the more expensive sedan it appears to be.

If you're looking for some driving fun in this class, know that the Elantra doesn't have the outright handling abilities of the Chevy Cruze, Ford Focus and Mazda 3. Those cars simply feel a little more sophisticated. But in general, the Elantra's balance between ride and handling is one of the best in the segment.