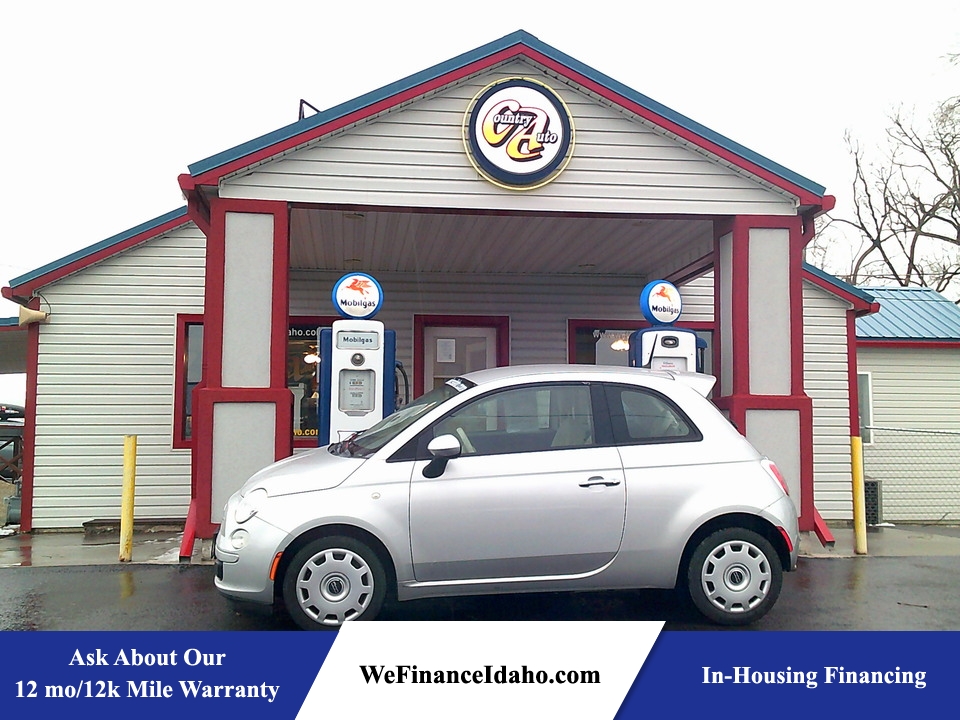 The 2013 Fiat 500 proves that fun and charm can coexist with small and affordable.

Coming off of last year's introduction, the 2013 Fiat 500 gains a new Turbo model, an Abarth convertible and a few new audio options.

Not too long ago, the words "compact" and "economical" were equated with cheap and dull when it came to cars. Nowadays, it seems as if some small and affordable transports are not just agreeable and fun, but even desirable. Leading the charge is the 2013 Fiat 500, with its distinctly Italian take on the subcompact.

As one of the smallest cars on sale today, the Fiat 500 somehow manages to deliver heartily on a number of levels. From the outside, the charm of the original Fiat Cinquecento (500) from decades past lives on in the styling of today's modern interpretation. Inside, front passengers are treated to a surprisingly spacious cabin that is adorned with plenty of contemporary niceties. Add to that a pleasantly lively driving experience and favorable fuel economy figures, and it's no wonder why the Fiat 500 is one of our top recommended coupes.

With a variety of trim levels and the availability of convertible models, there seems to be a Fiat 500 for a wide range of tastes and budgets. For 2013, a new 500 Turbo model bridges the gap between the standard engine and performance-focused Abarth, while the latter is now also available in a convertible version.

Still, there are a few drawbacks that shoppers should be aware of. Taller folks should steer clear of the optional sunroof that cuts into headroom. Obviously, headroom's not a concern with the convertible models, but their lack of rear visibility is. Drivers with a penchant for performance may also want to upgrade to the new Turbo model, as the base engine is on the weak side and the automatic transmission further reinforces this feeling.

Still, the 2013 Fiat 500's flaws are no more egregious than those of its rivals. Comparisons to the 2013 Mini Cooper are inevitable, as both offer an abundance of personality and fun behind the wheel. The Fiat does have an edge over the Mini in terms of affordability and also benefits from a more compliant ride quality. The 2013 Scion iQ may also be of interest, but comes up short when it comes to practicality. The new 2013 Chevrolet Spark, on the other hand, has plenty of space, but isn't nearly as fun to drive or tantalizing as the Fiat 500.

The 2013 Fiat 500 is classified as a two-door subcompact and is available either as a hatchback or convertible. The hatchback is offered in five trim levels: Pop, Sport, Lounge, Turbo and Abarth. The convertible 500C comes in Pop, Lounge and Abarth trims.

To the Pop trim, you can add the Beats Premium Audio package, which includes premium speakers with a trunk-mounted subwoofer and satellite radio. The Sport and Turbo trims are eligible for the Comfort and Convenience package that adds automatic climate control, satellite radio and heated front seats. A Luxury Leather package is available for Lounge models only and includes leather upholstery, heated front seats, an auto-dimming rearview mirror and rear parking sensors.

Some of the upper trims' features are available on the lower trims as options. Other options include a sunroof, an integrated TomTom navigation system and a wind deflector for convertibles.

Standing apart from the pack, the performance-focused Fiat 500 Abarth is outfitted similar to the Turbo trim but further distinguishes itself with more power, distinctive exterior and interior styling tweaks and sportier suspension tuning. Seventeen-inch wheels with performance tires are available as an option.

There are three engines offered in the 2013 Fiat 500 lineup. The Pop, Sport and Lounge models receive a 1.4-liter four-cylinder that produces 101 horsepower and 98 pound-feet of torque. Power is sent to the front wheels through a five-speed manual transmission, which is standard, with a six-speed automatic available as an option.

In Edmunds performance testing, a manual-equipped Fiat 500 Sport went from zero to 60 mph in 10.5 seconds with the manual transmission -- about 1.5 seconds slower than a base Mini. An automatic-equipped 500C hit 60 mph in a rather slow 12.4 seconds. The EPA estimates fuel economy at an excellent 31 mpg city/40 mpg highway and 34 mpg in combined driving for the manual. The automatic's estimate of 27/34/30 mpg is still admirable, but falls short of most rivals.

The new Fiat 500 Turbo boosts output to 135 hp and 150 lb-ft of torque. A five-speed manual is the only transmission available. At the test track the Turbo posted a 0-60 mph time of 8.1 seconds, which is notably better than the base engine. Fuel economy is estimated at 28/34/31 mpg.

The Abarth model further increases power to 160 hp and 170 lb-ft of torque, yet fuel economy estimates remain identical to the 500 Turbo. In Edmunds testing, the Abarth coupe sprinted to 60 mph in a quick 7.1 seconds.

The 2013 Fiat 500 comes standard with stability and traction control, antilock disc brakes, a driver knee airbag, front side airbags and side curtain airbags.

In Edmunds brake testing, a 500 Sport came to a stop from 60 mph in an impressively short 115 feet. Oddly enough, the 500 Abarth took longer at 123 feet (though in fairness that was on a slightly damp test day), while a 500C Lounge stopped in a still solid 124 feet. The Turbo was also in that range with a 125-foot distance.

While the Fiat 500's retro styling screams "Mini fighter," its interior raises the decibels even further. It doesn't possess as many customization options and accessories as its British archrival, but the 500 does offer snazzy two-tone color schemes and plenty of neat little design cues. It also has a more straightforward control layout than the form-over-function Mini. However, the available "Blue & Me" voice-activated iPod control is practically unusable, leaving you to use the standard auxiliary jack.

As for interior quality, the Fiat is not quite up to the Mini's level. There are more hard surfaces, but compared to other cars in its modest price range, they are pleasingly textured and generally higher in quality.

Though the Fiat 500 is one of the smallest cars sold in the United States, its high-mounted front seats allow for an impressive amount of legroom even for tall drivers. Sadly, however, those same tall drivers will find their heads grazing the headliner should they get a car with the available sunroof. Headroom is always tight in the backseat, as is legroom. Unlike most other convertibles, the 500C does not suffer diminished interior space. Rearward visibility with the top fully retracted is poor, however.

Behind the hatchback's backseat you'll find 9.5 cubic feet of luggage space, considerably more than what's offered by the Mini. Lower the backseat in the hatchback and although the load floor isn't completely flat, you'll have 30.2 cubic feet of space available, or about 25 percent more than you'll get in a Cooper hatchback.

It may be one of the slowest cars on sale, but the base-engine Fiat 500 is willing and eager to pull its weight (especially with the easy-to-drive manual transmission), and produces more pleasing noises than other modestly powered subcompacts. The steering is rather devoid of feel and numb on-center, but press the Sport button on the dash and the 500's steering firms up pleasingly. This is especially true for the 500 Sport and Turbo, which we think are the models to get, given their more responsive handling and ride quality that still betters a Mini Cooper's.

A burbling, snarling exhaust note and a slick gearbox add to the fun of blasting around in the 2013 Fiat 500 Abarth. Its turbocharged engine's robust power band translates into plenty of usable oomph in the real world. Although a 6th gear would be nice, powering past freeway dawdlers is a breeze -- step into it and the Abarth scoots past. Driven briskly on a winding road, the Abarth takes the corners eagerly, aided by its quick steering and sticky tires. But when pushed harder, it's not as buttoned-down and composed as a Cooper S.