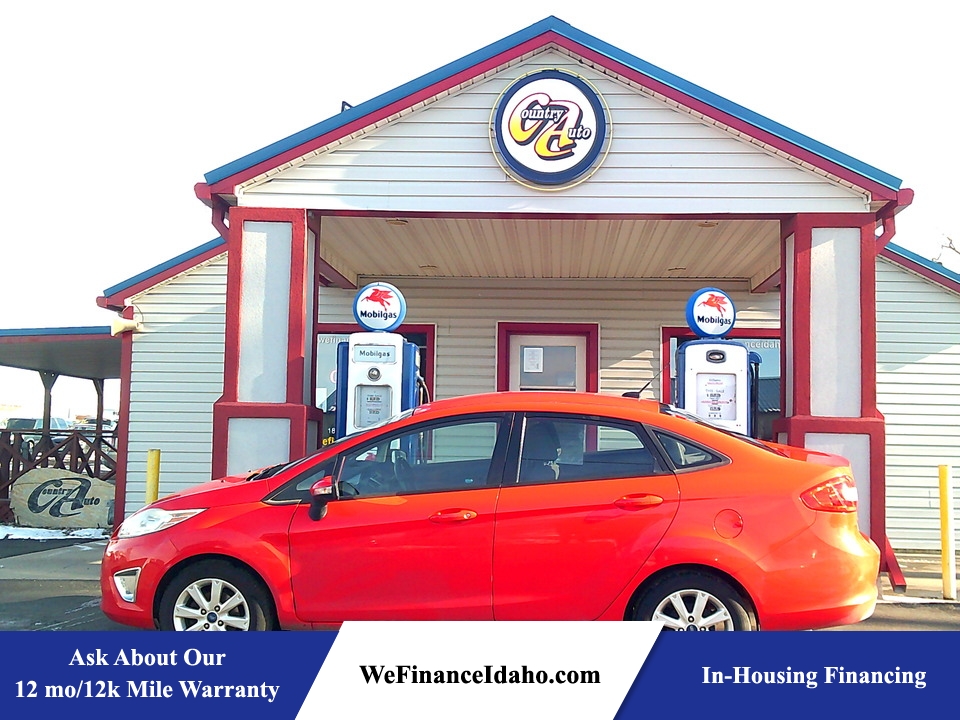 For 2012 the Ford Fiesta is unchanged.

Until fairly recently, American economy cars had been about as enticing as a trip to the dentist. All the important factors buyers considered -- overall build quality, upkeep costs, reliability and longevity -- were points of embarrassment for Cavaliers, Escorts and Neons. But the times they are a-changing, and with the 2012 Ford Fiesta the U.S. has something to be proud of.

Offering perhaps the ultimate in practicality in this segment, the Honda Fit is hard to fault with its impressively versatile interior, pleasing driving dynamics and high overall quality. But those who want more spice in their daily driving diet will likely find the Fiesta even more fun. With its smooth, eager engine, precise, well-weighted steering and agile chassis, the Fiesta soundly disproves the theory that a small, practical and inexpensive car must be about as exciting to pilot as a shopping cart.

Unlike much of its competition, the Ford Fiesta is available in both sedan and hatchback body styles. Of course, the hatchback provides greater cargo capacity, but some folks prefer the more formal look of a sedan so Ford provides the choice. Either way, the Fiesta provides sprightly handling, a compliant ride and a quiet cabin at freeway speed. It also offers features that are uncommon in this class, such as keyless ignition and Ford's superb Sync system, which, among other things, allows you to control audio and cell phone functions via voice commands.

That said, there are plenty of other interesting models in the subcompact class. In addition to the Fit, there is a trio of all-new models to consider: the Chevrolet Sonic, the Hyundai Accent and the Kia Rio. The Sonic is a bit more rewarding to drive, while the related Accent and Rio are high on style. But the Fiesta, with its engaging and well-rounded personality, is a keen choice and should be on your test-drive list if you're shopping for a frugal but enjoyable set of wheels.

The 2012 Ford Fiesta comes with four doors in both sedan and hatchback form. There are three trim levels for the sedan (S, SE and SEL) and two trims for the hatchback (SE and SES).

Some options are grouped into packages that allow lower trims to have the features of upper trims, and the upper trims have access to optional features such as keyless entry/ignition, heated front seats and leather seating. There's even a Super Fuel Economy (SFE) package that optimizes fuel mileage via aerodynamic tweaks (blocked-out lower grille, smooth underbody panels), lightweight wheels and special tires. Individual options, depending on trim, include 17-inch alloy wheels, a sunroof and special paint colors.

Every 2012 Ford Fiesta is powered by a 1.6-liter inline-4 that generates 120 horsepower and 112 pound-feet of torque. A five-speed manual transmission is standard and a six-speed automatic is optional. Technically, the automatic is actually a dual-clutch automated manual transmission; it provides quicker gearchanges than a traditional torque converter-based automatic and delivers better fuel economy than a conventional automatic, too. The driving experience may feel a little different, however, and there is disappointingly no manual-shift feature.

The sprint to 60 mph from a standstill for a manual-equipped car takes 9.5 seconds according to Edmunds testing. An automatic-equipped Fiesta was much slower, hitting 60 in 11.3 seconds. Both of these times are similar to the Honda Fit, but slower than the Hyundai Accent and much slower than the turbocharged Chevy Sonic. The EPA estimates fuel economy at 29 mpg city/38 mpg highway and 33 combined with the manual. The automatic is slightly better with 39 mpg highway. Opting for the SFE package further increases highway economy to 40 mpg.

Standard safety features include stability and traction control, antilock disc brakes, front-seat side airbags and side curtain airbags. Also included is a driver knee airbag, a feature unavailable elsewhere in this class of subcompacts.

In the government's new, more strenuous crash testing for 2012, the Ford Fiesta earned an overall rating of four stars out of a possible five, with four stars for overall frontal crash protection and five stars for overall side crash protection. In the Insurance Institute for Highway Safety, a Fiesta sedan earned a top rating of "Good" for its performance in frontal-offset and side-impact collisions. In Edmunds brake testing, a Fiesta stopped from 60 mph in 119 feet -- a very good distance for this type of car.

With its soft-touch dash top, metallic accents, edgy styling and tight build quality, the Fiesta's cabin has a premium vibe to it that's unexpected in an economy car. The center stack controls for the audio system are more complicated than those of competitors, but the three-knob climate control system couldn't be easier to use.

Ford's Sync system (standard in top trims) allows voice control over the audio system and your cell phone, and it also provides features such as voice-prompted turn-by-turn navigation (it works respectably well) and emergency assist. Another high-end feature not often seen in this segment is the available keyless entry/ignition system.

At 12.8 cubic feet, the sedan's trunk capacity is class-competitive. The Fiesta hatchback offers a bit less than that with its rear seat up. Unfortunately, the seats don't fold completely flat, and the Fiesta's 26 cubes of maximum cargo capacity pale in comparison to the Honda Fit's 57 cubes and the Kia Soul's 53 cubes.

We can say without hesitation that the 2012 Ford Fiesta is one of the most rewarding cars to drive in its class. Though its acceleration is just average, in the real world of stop-and-go traffic and freeway merging, the Fiesta's engine is a pleasure. The eager-to-rev 1.6 delivers ample punch down low and remains butter-smooth even when taken to redline.

The manual transmission is precise and easy to shift, boasting a linear clutch and light throws. The available six-speed automated dual-clutch transmission is another unusual perk in this class, although its behavior at low speeds can seem quirky, occasionally rolling slightly back on hills or being reluctant to creep forward when parking. Its shift quality is also disappointing at times.

There's nothing odd with the way the Fiesta drives down the road, however. Thanks to responsive steering and sophisticated suspension tuning, the Fiesta feels at once substantial and lithe. Handling is excellent, yet the ride quality remains supple, with bumps and ruts swallowed without drama.