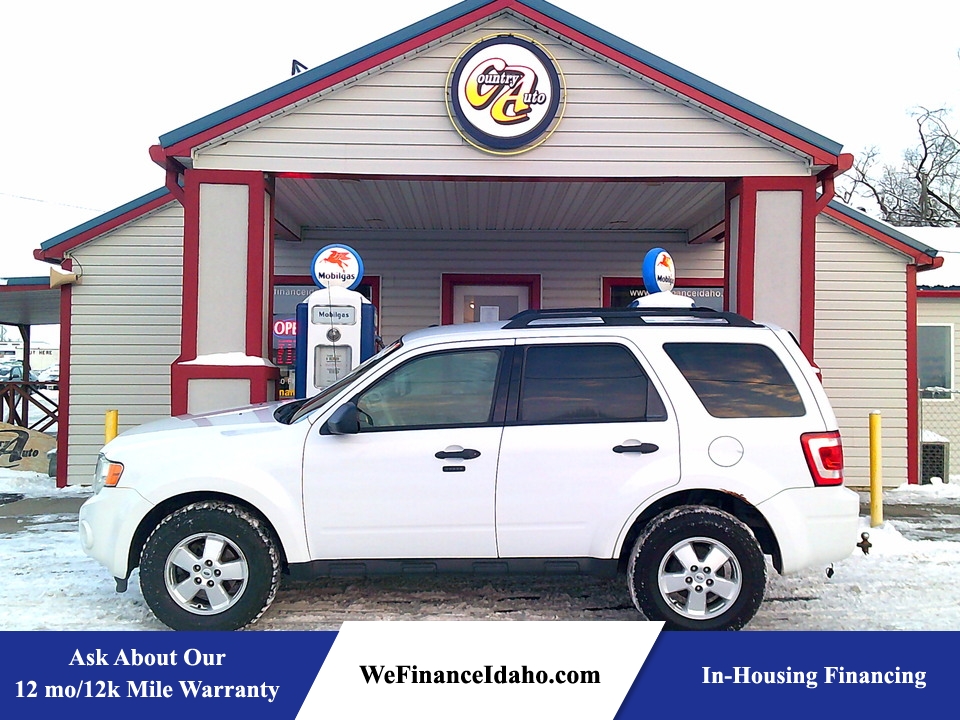 A slew of innovative high-tech features make the 2012 Ford Escape a tempting choice in the compact crossover category. But most competitors are more appealing due to superior refinement and functionality.

For 2012, the Ford Escape sees no changes of note. An all-new model is set to debut next year.

Nowadays, Ford is hitting more home runs, and without any chemical augmentation, either. The 2012 Ford Escape is not exactly one of them, however, as this long-serving platform carries on unchanged until the appearance of a complete redesign slated for next year.

That's not to say the Escape has been benched for 2012. Despite its aged design, it remains a very popular vehicle among compact crossover consumers. Indeed it's consistently been among the top-selling vehicles thanks to its handsome styling, spirited performance and numerous high-tech features. Among the latter innovations is Sync, the affordable voice-activated interface for audio features. In addition the Escape now offers Auto Park, a Ford system that enables the Escape to identify a likely parallel parking spot and then steer into the slot while you just tend to the gas and brake. The Ford Escape also continues to be the only model in its class that's offered as a hybrid, which delivers about 30 mpg in combined driving.

Impressive as all that might be, potential buyers should know that the 2012 Ford Escape nonetheless lacks a few key items offered by most of its rivals, such as a telescoping steering wheel and a sliding/reclining backseat. And folding that backseat is a multistep hassle compared to the simple flip-down design of other crossovers. But it's the Escape's brakes that have it trailing the competition. Where most of them have four-wheel disc brakes, the Escape uses drum brakes in the rear that simply don't have the power or resistance to fade.

Provided it's fitted with a full array of options, a 2012 Ford Escape will likely please those who desire the latest high-tech features. But there are plenty of other heavy hitters in the compact crossover SUV segment these days, such as the Chevrolet Equinox, Honda CR-V, Kia Sportage, Subaru Forester and Toyota RAV4 that best the Ford in terms of overall refinement and functionality. Of course, we expect next year will see the redesigned Escape swinging for the fences.

The base Escape Hybrid's standard features list is similar to that of the regular Escape XLT but does include a few extras such as dual-zone automatic climate control and the Sync system. The Escape Hybrid Limited adds chrome exterior accents, a sunroof, rear parking assist, a rearview camera (with rearview mirror-mounted display), leather upholstery, heated front seats and mirrors and multicolor ambient lighting.

As with the regular Escape, the Hybrid offers a navigation system, a premium audio system and, on the Limited, automatic parallel-parking assist as options.

All trim levels of the non-hybrid 2012 Ford Escape can be had with either front- or all-wheel drive. A 171-horsepower 2.5-liter four-cylinder engine is standard, with a 240-hp 3.0-liter V6 optional on all but the XLS. The 2.5 can be fitted with either a five-speed manual transmission (XLS only) or a six-speed automatic. The V6 comes only with the automatic transmission. Properly equipped, the Escape V6 can tow up to 3,500 pounds.

The Escape's fuel economy with the four-cylinder, six-speed auto and front-wheel drive is 21 mpg city/28 mpg highway and 23 mpg combined. All-wheel drive drops that to 20/26/22 mpg. The front-wheel-drive six-cylinder Escape returns an estimated 19/25/21 mpg, while all-wheel drive gets 18/23/20 mpg. In Edmunds testing, we found a V6-equipped model delivered adequate performance, running from zero to 60 mph in 8.1 seconds.

The Escape Hybrid features a 2.5-liter four-cylinder gasoline engine teamed with a battery-powered electric motor; combined they produce 177 hp. Power is sent through a continuously variable transmission (CVT) that provides seamless transitions between gas and electric modes. All-wheel-drive (AWD) models come with an additional electric motor to power the rear wheels when additional acceleration or traction is needed.

In the absence of instrumented test results, we expect acceleration of the Escape Hybrid to be comparable to the gasoline-powered base Ford Escape XLS, which reaches 60 mph from a standstill in about 9 seconds. EPA estimates for fuel economy put the front-wheel-drive Escape Hybrid at the top of the hybrid SUV category with 34 mpg city/31 mpg highway and 32 mpg in combined driving. The AWD version is rated at 30/27/29 mpg.

Antilock brakes, traction control, stability control, front-seat side airbags and full-length curtain-type airbags are all standard on the 2012 Ford Escape.

In the government's new, more stringent crash tests introduced for 2011 (which can't be compared to previous years' tests), the Escape earned an overall rating of three stars (out of five) for its protection in frontal-impact, side-impact and rollover tests. In Insurance Institute for Highway Safety (IIHS) testing, the Escape scored the highest rating of "Good" in the frontal-offset and side-impact tests. The IIHS's roof strength test resulted in a score of "Marginal."

Unfortunately the Escape is hampered by poor braking performance. From 60 mph, the last Escape we tested stopped in a lackluster 154 feet; that's about 30 feet longer than the average class performance. Brake fade was also encountered, with stopping distances increasing with each run thereafter.

The Escape's interior is generally attractive, and the center stack consists of neatly grouped buttons that are designed to work specifically with Ford's Sync system. This electronics interface connects with your cell phone and MP3 player, allowing you to control them through voice commands.

In terms of comfort and space, though, the Escape feels its age. Up front, the seating position is too tall, which gives the driver the feeling of hovering above the controls, and there's no telescoping steering wheel. The bottom cushion of the backseat is flat in order to promote a flat load floor when the seated is folded forward, and the seat is devoid of the reclining backrest or fore/aft adjustments seen in vehicles from the competition.

Cargo space stands at 29 cubic feet (28 cubes for the Hybrid) behind the second-row seats and 66 cubic feet with the second row folded down. Folding the second row is a hassle, as the headrests must be removed and the bottom cushions tumbled forward before the seatbacks can be flipped down, a design that ensures a flat load floor.

While pleasant to drive, the 2012 Ford Escape lacks the mechanical polish and sophistication of newer models from Chevrolet, Honda, Kia, Subaru and Toyota. Among compact crossovers, the Escape feels the most trucklike, and its handling limits are low. The Hybrid's extra 300 pounds of hardware make it even less nimble than the regular Escape.

Nevertheless, the electric-assist power steering makes parking and low-speed maneuvers easy, and the suspension is smoother over rough pavement than older Escapes. Acceleration from all engines is adequate, though the V6 isn't as energetic as the more powerful mills found in the Equinox and RAV4.