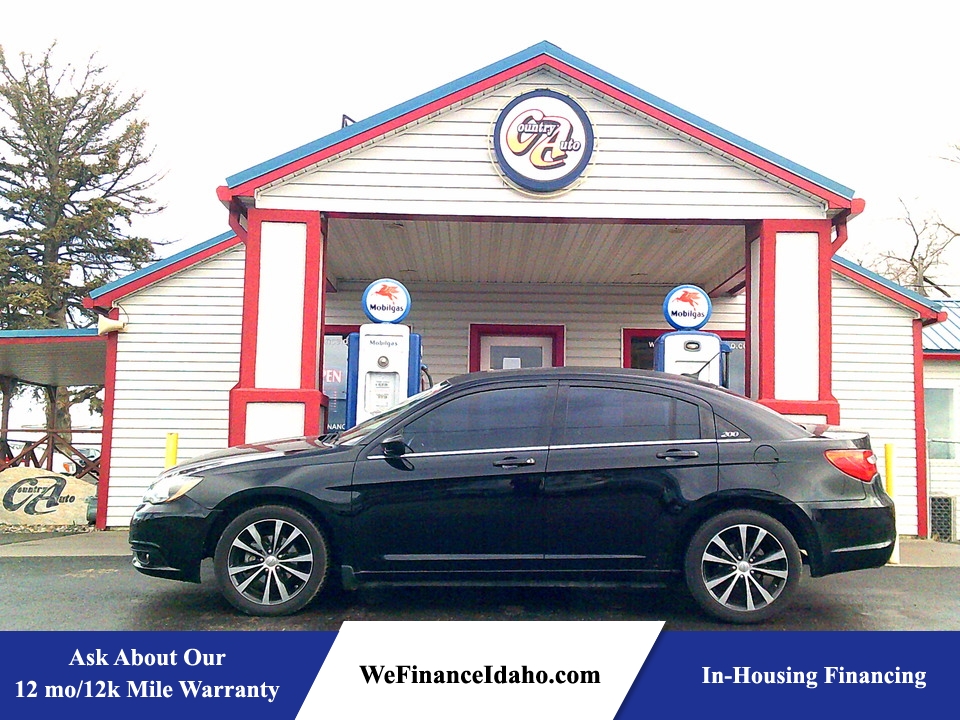 The 2012 Chrysler 200 convertible is a good, spacious choice among midsize drop tops, but its 200 sedan sibling faces tougher competition and is thus less appealing.

After a complete overhaul last year and a new name (it used to be the Sebring), the Chrysler 200 heads into 2012 with no significant changes.

An uphill battle is generally not a recipe for victory, and the 2012 Chrysler 200 sedan has one on its hands, since it competes with some excellent midsize four-doors. Chrysler's thorough overhaul last year brought major improvements, particularly in regard to handling, interior quality, power and even image (the name change from Sebring to 200). But while the 2012 200 sedan is better equipped for battle, it's still ultimately outgunned.

The new 200 improves on the sloppy driving dynamics and crummy interior of its bland predecessor; it's pleasant to drive and features strong interior materials that few in the class can better. The available 283-horsepower V6 engine also boasts the most power in the class while returning respectable fuel economy. Another plus is sheet metal that's more stylish than that of the previous generation.

The 2012 Chrysler 200 is also available as a convertible, and the drop top earns a stronger recommendation than the sedan, since the convertible segment is smaller and less competitive. Compared to models like the Ford Mustang and Volkswagen Eos, the Sebring's cabin and trunk are enormous, and it packs in a lot of features for the money. You may not have too many choices among convertibles, but at least the 200 is a good one.

For the 200 sedan, however, going with a competitive rival would probably be a better choice. The 200 sedan has a smaller cabin and trunk than its competitors, and some of its in-car electronics are a little behind the times. These aren't huge drawbacks, but they're enough that we think the Ford Fusion, Honda Accord, Hyundai Sonata, Kia Optima, Toyota Camry and Volkswagen Passat are better picks overall.

The 2012 Chrysler 200 is available in midsize sedan and convertible body styles. The sedan comes in an entry-level LX trim, while both can be had in Touring, Limited and S trims.

The Touring adds to or supplants the LX's amenities with 17-inch alloy wheels, an upgraded transmission, automatic headlamps, automatic climate control, a leather-wrapped steering wheel and shifter and a six-speaker sound system with satellite radio. The convertible features a power cloth top and six-way power front seats. The Cold Weather package adds heated front seats and remote ignition. Optional on both the LX and the Touring is the UConnect Voice Command package that contains Bluetooth, an iPod/USB audio interface and an auto-dimming mirror. A touchscreen audio interface that includes DVD audio playback and digital music storage is optional.

The Limited adds to or supplants the Touring's amenities with 18-inch wheels, foglamps and leather upholstery. Options include a navigation system with real-time traffic and a six-speaker Boston Acoustics sound system. The Limited convertible can be equipped with a retractable hardtop.

The 200 S differs from the otherwise identically equipped Limited with a standard V6 engine, dark exterior trim, a perforated leather-wrapped steering wheel and the Boston Acoustics sound system. A sunroof is optional on all sedans but the LX.

A 3.6-liter V6 is optional on the Touring and Limited, and standard on the 200 S. It produces 283 hp and 260 lb-ft of torque. A six-speed automatic is standard. In Edmunds performance testing, a Limited sedan with this engine went from zero to 60 mph in 6.9 seconds. A so-equipped Limited convertible needed 7.5 seconds. Both times are on par for the class. EPA-estimated fuel economy is 19/29/22 for both body styles.

The 2012 Chrysler 200 comes standard with antilock brakes, traction and stability control, active head restraints and front side airbags. The sedan gets side curtain airbags, while the convertible gets front-seat-mounted side airbags with head protection.

In Edmunds brake testing, a Limited sedan came to a stop from 60 mph in a slightly longer-than-average 127 feet. A Limited convertible stopped in 121 feet.

The Chrysler 200's design team did a remarkable job last year of transforming the old Sebring's low-rent interior into something that's now fully competitive for the midsize sedan segment. The general dash design and control layout are pretty much the same as before, but because the materials are substantially better, the overall ambience is greatly improved. The 200 still lags behind its competitors (and even some of its Chrysler cousins) in terms of in-car electronics -- the older Chrysler touchscreen interface was unintuitive when it was new and hasn't grown better with age.

Another demerit is that the 200 is a bit smaller than its competition. This is noticeable in the backseat as well as in the front, which features a slightly odd elevated seating position to create more legroom. The sedan's 13.6-cubic-foot trunk is also a little on the small side.

However, if you're looking for a convertible with a comparatively roomy backseat, the 200 provides more room than most. It's the same with the trunk, which is enormous when the roof is raised and comparatively spacious with it lowered as well. Speaking of the convertible's roof, it can be either a conventional soft top or a more expensive retractable hardtop that promises better security and noise reduction. Either way, top operation is easy and takes about 30 seconds to lower. Wind noise is impressively subdued with the top up; we've found the convertible to be just a bit louder than the sedan.

The 2012 Chrysler 200 drives down the road with poise. The suspension provides a supple yet well-controlled ride, and handling is better than that of many other midsize sedans. The steering provides decent feedback, but isn't as responsive as the Accord's or the Fusion's. Performance with the 2.4-liter four-cylinder is unremarkable, but it should be adequate for most buyers when it's mated to the six-speed automatic transmission. The 3.6-liter V6 is quite energetic and is one of the most robust engines in the segment, delivering strong acceleration without a tremendous sacrifice in fuel economy.