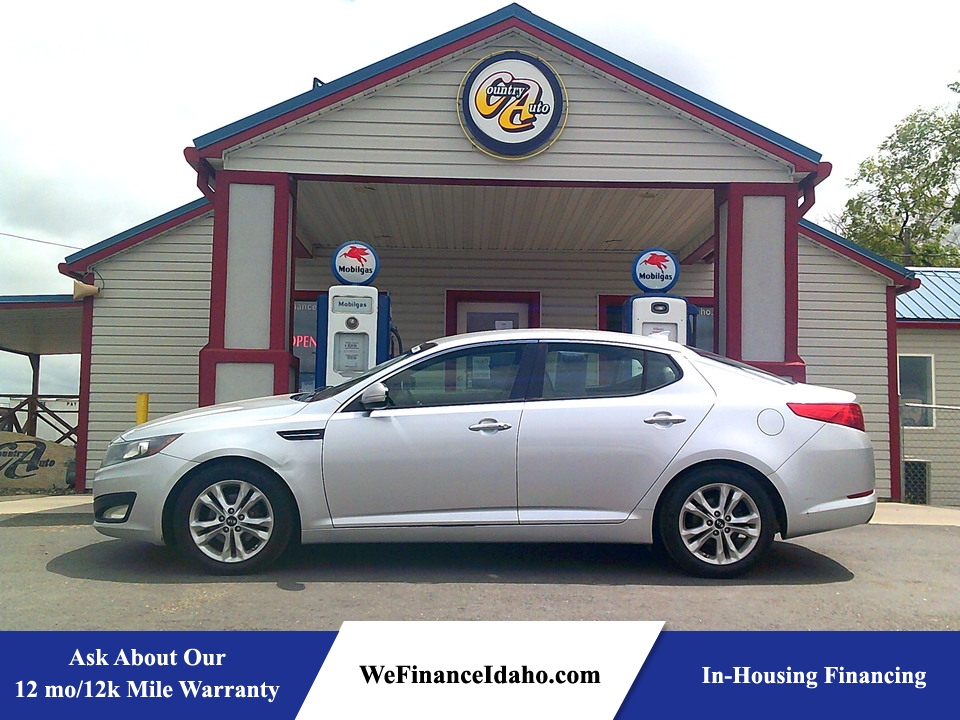 From anonymous also-ran to eye-catching class leader, the 2011 Kia Optima is a must-drive family sedan.

The Kia Optima is a completely redesigned model for 2011.

Today on Extreme Makeover: Automotive Edition is a homely Korean midsize sedan best known for, well, nothing at all. Previously, the Optima has been so nondescript in both styling and attitude that you would have thought Kia designed it specifically for rental fleets or maybe even the witness protection program. But thanks to an extreme makeover, the 2011 Kia Optima has emerged from its anonymous cocoon to be a striking butterfly of a family sedan. With sleek styling, substantial power and plenty of value, the latest Optima is an instant standout among its many rivals.

The redesigned Optima is based on the same platform used for the equally made-over Hyundai Sonata. While Kia tuned the suspension and steering to its own sportier specification, the Sonata's engines have carried over into the Optima virtually unchanged. That's just fine by us, as it's an all-star cast. The 200-horsepower four-cylinder achieves an estimated 34 mpg on the highway while the 274-hp turbo-4 incredibly gets the same highway figure. Meanwhile, the 206-hp 2011 Optima Hybrid model gets superior fuel economy, though not quite as excellent as its 35 mpg/40 mpg highway EPA estimates would indicate.

Unless you've read up on the Optima and Sonata relationship, you probably wouldn't suspect the two are related. Each car's design (both exterior and interior) is unique, with the Kia taking a more premium, European look. And when you take a look around the Optima's interior, you'll find yourself thinking you're in a more expensive car.

Despite this extreme makeover, the 2011 Kia Optima has maintained the previous Optima's lengthy warranty and strong value. The Optima packs in a ton of features for a price that undercuts most competitors, while offering things that others do not such as ventilated front seats, heated rear seats and a heated steering wheel. All together, the Optima has been transformed from an anonymous also-ran for bargain hunters and rental fleets into one of the best (and best-looking) midsize family sedans. Ty Pennington would be proud.

Standard equipment on the LX (when fitted with the manual transmission) includes 16-inch steel wheels, keyless entry, full power accessories, a height-adjustable driver seat with power lumbar adjustment, air-conditioning, a tilt-and-telescoping steering wheel and a stereo with a CD player, satellite radio, an auxiliary audio jack and an iPod/USB audio interface. Opting for an LX with the automatic transmission gets you alloy wheels, cruise control and the availability of the Convenience package, which consists of an eight-way power driver seat and an auto-dimming rearview mirror.

The Optima Hybrid is equipped similarly to the EX, though it has unique 16-inch wheels and cloth upholstery. The Hybrid is the only 2011 Optima that comes with Kia's new Uvo electronics interface system.

The 2011 Kia Optima LX and EX are powered by a 2.4-liter four-cylinder that produces 200 hp and 186 pound-feet of torque. A six-speed manual is standard on the LX Manual, while a six-speed automatic is standard on all other Optimas. In California-emissions states, the Optima has a Super Ultra Low Emissions rating (versus Ultra-Low elsewhere) resulting in a lower power output of 192 hp and 181 lb-ft.

In performance testing, a loaded Optima EX in SULEV form went from zero to 60 mph in 8.9 seconds -- the ULEV Optima will be a bit quicker, but either way, the car is on par with other vehicles in the class. EPA-estimated fuel economy is 24 mpg city/34 mpg highway and 27 mpg combined with the automatic. The manual gets you 24/35/28.

The EX Turbo and SX get a 2.0-liter turbocharged four-cylinder that produces 274 hp and 269 lb-ft of torque. We tested a Sonata SX and clocked a quick 0-60-mph time of 6.5 seconds. The Optima Turbo's EPA-estimated fuel economy is 22/34/26 -- outstanding for a car with this much power.

The 2011 Kia Optima Hybrid is powered by a 2.4-liter four-cylinder gasoline engine generating 166 hp and 154 pound-feet of torque paired with an electric motor making 40 hp. Combined, the two power units are good for 206 peak hp and 193 lb-ft of torque. A six-speed automatic is again standard.

In Edmunds performance testing, the Optima Hybrid accelerated from zero to 60 mph in 8.9 seconds, which is reasonably quick for a hybrid. The EPA estimates the Optima Hybrid fuel economy at 35 mpg city/40 mpg highway and 38 combined. However, in extensive real-world testing, we've found the Hybrid often struggles to match those numbers.

In government crash tests, the Optima earned a top five-star rating for overall safety performance, with five stars awarded for both frontal and side-impact tests. The Insurance Institute for Highway Safety has similarly awarded its top "Good" rating to the Optima for its performance in frontal-offset and side-impact tests. In Edmunds brake testing, an Optima EX came to a stop from 60 mph in 121 feet -- a good performance.

The Kia Optima's cabin has a vaguely Audi look to it, which isn't surprising since its designer used to work for the German luxury carmaker. While its quality isn't up to the standards of Audi, the abundance of soft-touch materials, precise switchgear and pleasingly grained plastics make this one of the nicest interiors in its class. Cover up the Kia badge and your passengers are likely to think you're driving a European car.

Unique to the Hybrid is a special gauge cluster that displays, among other things, hybrid power flow and overall driving style efficiency. Also special to the Hybrid is Kia's new Uvo electronics interface system -- the regular Optima doesn't get it until 2012. Utilizing the same technology as Ford's Sync system, Uvo provides voice control of cell phones and MP3 players as well as other services such as turn-by-turn navigation. In our limited testing of Uvo, we found it to work quite well.

The Optima has a fairly spacious cabin with comfortable seats and a solid amount of legroom front and rear. Headroom (particularly in back) is a bit tight due to the car's rakish, coupelike roof line. Taller folks should definitely think twice about the optional panoramic sunroof, as it significantly decreases headroom further. The Optima has 15.4 cubic feet of trunk space, which is about average for its class. Because of its battery pack, the Hybrid drops to 9.9 cubic feet.

The 2011 Kia Optima has a composed ride that's comfortable without being isolating. The same can't be said of the steering -- it's pretty numb -- but at least it has firmer, more responsive weighting than its more comfort-tuned Sonata cousin. Overall handling for the Optima is hardly memorable, but it's certainly pleasant and better than average for the segment.

Both of the regular four-cylinder engines are impressive. They produce best-in-class power and are paired with responsive and smooth-shifting transmissions. The truly impressive fuel economy is an ample slab of icing on the cake.

Less impressive is the Optima Hybrid. Its electric motor makes accelerating from a dead stop a smooth affair, and at highway cruising speeds the electric motor can aid quick bursts of acceleration that makes the engine almost feel turbocharged. However, in low-speed driving or quickly changing traffic conditions, the Hybrid shudders and lurches while deciding which gear it wants. It is similarly unpredictable under braking.