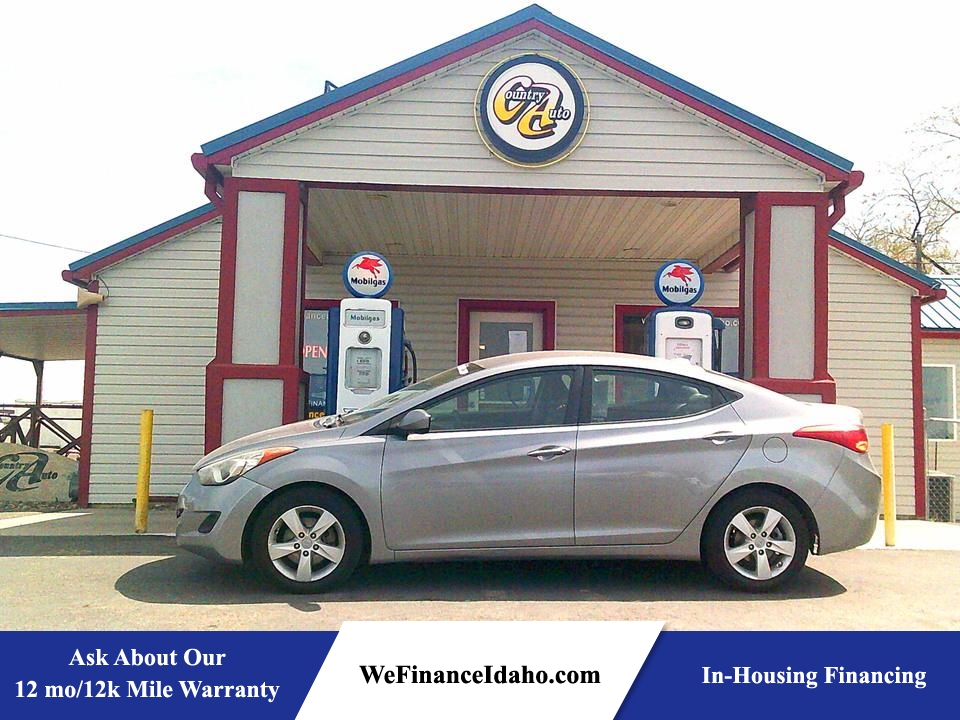 With head-turning new styling, a fuel-efficient new engine and a long list of standard safety features and upscale options, the 2011 Hyundai Elantra is ready to give any compact sedan on the road a run for its money.

The 2011 Hyundai Elantra has been fully redesigned, with an attractive design, new features, an efficient 1.8-liter four-cylinder engine and new six-speed transmissions.

What do the life stories of Cinderella and the Hyundai Elantra have in common? More than you might think. You see, for years few people gave either of them a second thought as they toiled away in shadows, just waiting for their chance to shine.

For the fully redesigned 2011 Hyundai Elantra sedan, that moment is now. Like Cinderella ditching her rags, the Elantra sheds the frumpy exterior that frequently relegated an otherwise very likable car to afterthought status for many car shoppers. Its classy new styling may not be a sparkly blue dress on a statuesque blonde, but it's definitely sure to turn a few heads.

Pleasingly, this all-new Elantra is more than just a pretty face. Beneath that dolled-up exterior, the new Elantra sports a new 1.8-liter four-cylinder engine mated to a choice of six-speed manual or automatic transmissions. Unlike the Chevrolet Cruze Eco or Volkswagen Jetta TDI that require you to pay extra for their special high fuel economy, this new powertrain helps every single Elantra return impressive EPA estimates of 40 mpg on the highway.

While this all-new Elantra still competes in the compact category, the size of its passenger cabin (like those of several of its competitors) has grown to the point that the EPA now considers it a midsize car in terms of interior volume. The EPA says nothing of its rear seat headroom, though, which is a bit cramped compared to those competitors. On the upside, the interior can also be loaded up with high-end features that aren't even offered on some legitimate midsize cars, let alone compact ones: keyless ignition/entry, a rearview camera and heated rear seats.

Of course, this new 2011 Hyundai Elantra arrives at the Royal Ball only to find the dance floor crowded with attractive rivals. Compact sedan shoppers will certainly want to add the 2011 Chevrolet Cruze, 2011 Volkswagen Jetta, 2011 Mazda 3 and the completely redesigned 2011 Ford Focus and 2011 Honda Civic to their consideration lists. But overall we think that the new Elantra's combination of distinctive styling, fuel efficiency, a high-quality interior and an affordable price tag may very well help it become the belle of the ball.

Spring for the top-of-the-line Limited model and you'll get the above equipment as standard plus 17-inch alloy wheels, foglamps, a sunroof, leather upholstery, and heated front and rear seats. An available Navigation package (called the Premium package for the Limited) for both trim levels adds automatic headlights, keyless ignition/entry (Limited only), a navigation system, a rearview camera, real-time traffic and weather updates and a premium 360-watt audio system.

Powering the 2011 Hyundai Elantra is an all-new 1.8-liter inline four-cylinder that's rated at 148 horsepower and 131 pound-feet of torque. Vehicles sold in California and the other states that follow the same emissions laws get a PZEV (partial zero-emissions vehicle) version of this engine, which lowers output to 145 hp and 130 lb-ft of torque. GLS models come standard with a six-speed manual transmission, with a six-speed automatic being available as an option. The Limited has the auto as standard.

In Edmunds performance testing with a non-California Limited model, the Elantra went from zero to 60 mph in 9.4 seconds -- a slightly slower than average time. No matter which engine/transmission combo you choose, you'll end up with impressive fuel economy. EPA estimates are 29 mpg city/40 mpg highway and 33 mpg combined.

The Elantra's interior features a curved center stack and stylized climate controls that provide a bit of extra flair while still being easy to use. The design is attractive and the materials, while not quite best-in-class, at least have a rich look to them. Despite the deep cowl, the interior feels breezy and spacious -- headroom up front is plentiful for 6-footers and the steering wheel is a bit smaller in diameter than usual, which enhances the sense of space up front. The backseat is fine for kids and even most adults, though vertically gifted princes will find its abundant legroom and shortage of headroom a mixed blessing.

The Elantra features a large trunk with 14.8 cubic feet of cargo room, a generous number for this segment. Its 60/40 split pass-through is also quite large.

While the 2011 Hyundai Elantra isn't quite as exciting to drive as it is to look at, it's certainly no pumpkin. The new 1.8-liter engine has plenty of pep for daily driving, and the six-speed automatic transmission shifts smoothly and willingly downshifts. The cabin is a relatively quiet place, with little wind noise to speak of, though there is enough road and engine noise to remind you that the Elantra is still a compact economy car rather than the high-dollar sedan it appears to be.

Compared to last year's car, this new Elantra is more fun to drive. It doesn't have the outright handling abilities of the Chevy Cruze, Ford Focus and Mazda 3, but in general, its balance between ride and handling is one of the best in the segment.