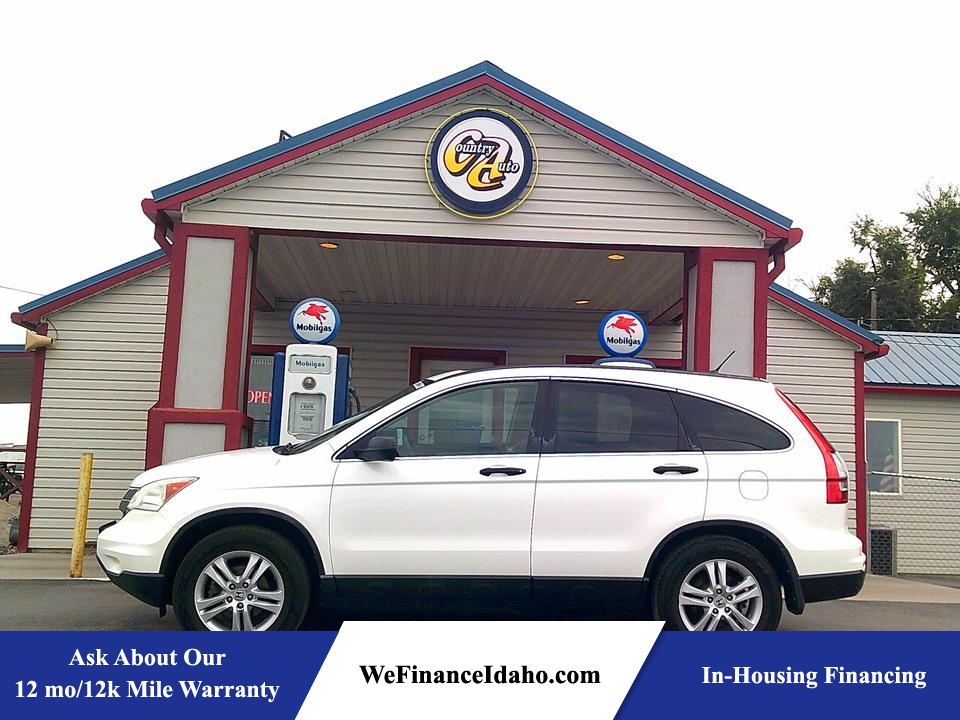 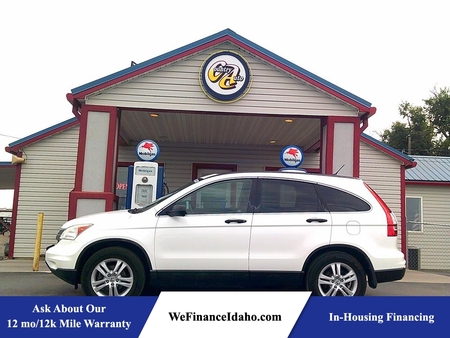 Well-rounded and a great choice for families, the 2011 Honda CR-V is one of our favorite compact crossover SUVs.

Apart from the introduction of an SE trim level that slots in between the LX and EX, the Honda CR-V sees no changes for 2011.

Although small crossover SUVs are extremely popular these days, it's interesting to remember that the Honda CR-V was one of the first to pioneer the segment. Through multiple generations it's become a best-seller, with people finding much to like in its refined driving demeanor and practicality. The 2011 Honda CR-V continues the trend and is certainly an example of Honda at its best. There are some downsides to the CR-V, but overall they're overcome by many strengths.

We're certainly smitten with the CR-V's ability to comfortably take on both people and cargo. It's one of the best small crossovers for carrying stuff, as it has a roomy cargo area that's good for both bulky and smaller items. Other comfort and convenience features abound, such as a reclining/sliding second-row seat and available luxuries that include heated seats, a navigation system and iPod integration. On top of this, the CR-V provides responsive handling, a comfortable ride, top safety scores and a long-standing reputation for high quality and steadfast reliability.

The biggest downside to the CR-V is that it only comes with a four-cylinder engine. Most of its rivals offer available V6s. Although the CR-V's four-pot mill is fuel efficient and makes competitive power, there are certain (albeit likely rare) situations when the Honda is going to break a sweat worthy of a sprinting "Biggest Loser" contestant, such as when ascending a long grade while fully loaded. Also, the CR-V's elevated road noise and slightly firmer ride quality make it a less serene highway cruiser than some other choices.

If you foresee situations like this or just like having extra power on tap, you might want to check out other crossovers like the 2011 Chevrolet Equinox, 2011 Kia Sorento, 2011 Subaru Forester and 2011 Toyota RAV4. All are very good picks and offer more power through their upgraded engines, and the Equinox and Forester are quieter. The 2011 Honda CR-V is also a bit more expensive than the norm, which might be an issue for shoppers on a very tight budget. But considering how much it gets right, we have no problem recommending the CR-V as one of our favorite models in the class.

The 2011 Honda CR-V is a crossover SUV that straddles the line between compact and midsize. It is available in LX, SE, EX, EX-L and EX-L with Navigation trim levels, and each can be equipped with front- or all-wheel drive.

Every 2011 Honda CR-V comes with a 2.4-liter four-cylinder engine that produces 180 horsepower and 161 pound-feet of torque. A five-speed automatic and front-wheel drive are standard, while all-wheel drive is optional. The latter sends power to the front wheels exclusively until slippage is detected, at which point power is sent to the wheels with the most traction. In Edmunds testing, an AWD CR-V ran the 0-60-mph dash in 10.1 seconds -- on the slow end for a four-cylinder compact crossover.

In terms of fuel economy, the CR-V is also about average for the segment; EPA estimates for the front-drive model are an estimated 21 mpg city/28 mpg highway and 24 mpg combined. AWD CR-Vs drop slightly to 21/27/23.

The 2011 Honda CR-V is equipped with antilock disc brakes, stability control, front side airbags and side curtain airbags. A back-up camera is available on the EX-L with Navigation, and Honda dealers can install parking sensors on lower trim levels. In our brake testing, a CR-V EX-L came to a stop in a tidy 119 feet, which is better than average for this segment.

In government crash testing, the CR-V achieved a perfect five stars for all frontal- and side-impact tests. In the Insurance Institute for Highway Safety frontal-offset and side-impact crash tests, the CR-V earned the best possible rating of "Good." However, in that agency's new roof strength test it received the second worst rating of "Marginal."

The CR-V's cabin is both functional and attractive. Gauges are clear, controls are where you'd expect them to be and materials quality is good. Parents will appreciate the wide-opening rear doors, the sliding and reclining backseat, the two-tier cargo area and the lightweight rear liftgate, all of which ease the process of loading small children and the many items that go along with them. A "conversation mirror" built into the overhead console's sunglasses holder enables front seat occupants to keep an eye on the backseat without turning around. Unfortunately, there is less room for a rear-facing child seat than in some rival vehicles such as the Equinox.

Luggage capacity with the seatbacks up measures a generous 35.7 cubic feet and we're also big fans of the split-level cargo area, which essentially doubles the amount of smaller, grocery-sized items you can carry. With the split-level divider stowed and the rear seats folded, the CR-V can hold an impressive 73 cubic feet of cargo.

Though the Honda CR-V is certainly competitive against other four-cylinder-powered crossovers, it lacks low-end power and there's no getting around the fact that there's no upgrade available. Nevertheless, the CR-V sets itself apart with relatively nimble handling and sharp steering. Even braking is quite good, which is unusual for a Honda. The ride is slightly busier than the norm and the noise from wind and the road is excessive, making the 2011 Honda CR-V feel a little less polished and sophisticated than some competitors.