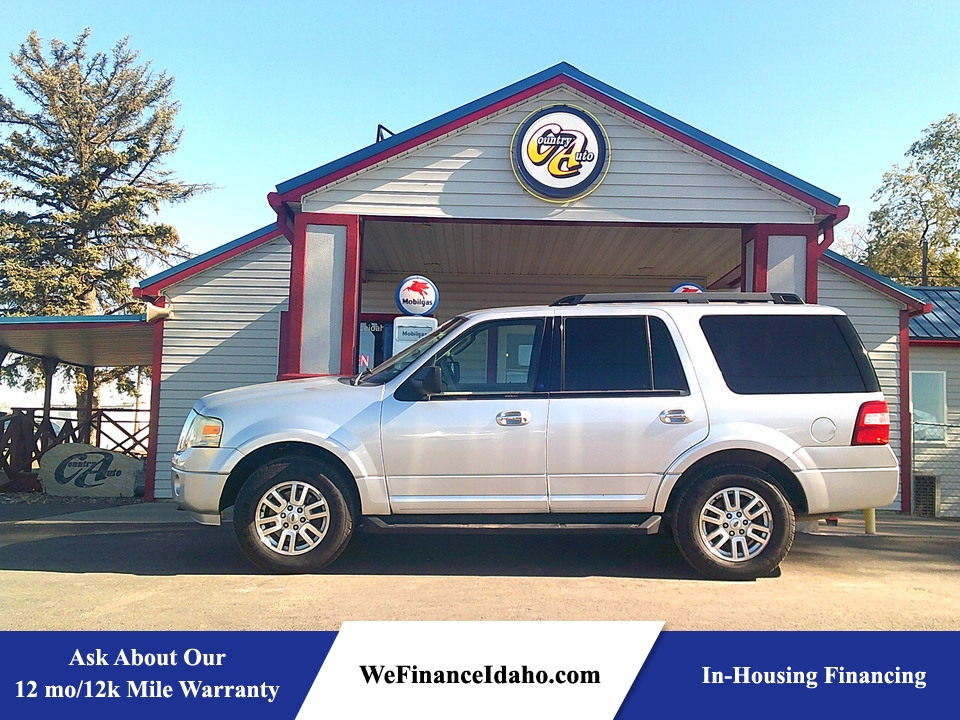 The 2011 Ford Expedition is a lot more civilized than its truck-based roots might imply, making it a fine choice for those who need a vehicle with large passenger, cargo and towing capacities.

For 2011, the Ford Expedition gains a new entry-level XL model and loses the long-running Eddie Bauer edition. The available rear-seat video system gets dual headrest-mounted screens, and models equipped with the hands-free Sync system get a complimentary three-year subscription to the new Traffic, Directions and Information service.

The one-two punch of soaring gas prices and social stigma has convinced an awful lot of folks who jumped on the SUV bandwagon during the past decade that they don't really need to be driving a big honkin' truck after all. But for the holdouts or those people who truly need lots of towing and hauling capacity, there's the 2011 Ford Expedition.

Actually there are two versions of Ford's flagship sport-utility vehicle: the regular Expedition and the long-wheelbase Expedition EL. Both come with the big V8 engine, hefty towing capacity and supersized eight-passenger interior that buyers expect in a full-size SUV. The biggest difference between the two is the EL version's significantly larger cargo hold.

Among its more civilized strengths, the Expedition counts supple ride quality, relatively confident handling and comfortable seating in all three rows. The ride and handling are no doubt largely attributable to the independent rear suspension -- a rarity in the large-SUV segment. Also notable is how easy it is to stow and raise the third-row seats. In competitors like the 2011 Chevrolet Tahoe, this operation is downright back-breaking.

Of course, there are some downsides, the most significant of which is the modestly powered V8. The 2011 Toyota Sequoia, in comparison, can pack considerably more punch, while the Chevrolet Tahoe boasts a more comfortable ride. Even so, the 2011 Ford Expedition is a well-rounded vehicle with enough good qualities that it deserves consideration from buyers who really do need the capability that only a full-size SUV can deliver.

Many of the niceties found on upper trim levels can also be had as options on the less expensive models. Other major add-ons, depending on trim level, include 20-inch alloy wheels, a load-leveling rear air suspension, a manually folding third-row seat for the regular-wheelbase XL (which increases seating capacity to eight), second-row captain's chairs (which reduce the maximum passenger count to seven), a sunroof and a new rear-seat video entertainment system that features two headrest-mounted screens. A touchscreen navigation system, available on all but the XL trim level, includes the Sirius Travel Link service, which provides information on traffic, weather, sports, movie listings and local fuel prices.

All Expeditions are powered by a 5.4-liter V8 that produces 310 horsepower and 365 pound-feet of torque. A standard six-speed automatic transmission channels power to the rear wheels by default, but buyers can opt for a four-wheel-drive layout with a dual-range transfer case for optimal low-speed off-roading. The last Expedition we tested (it produced 10 hp less than the current model) accelerated from zero to 60 mph in 8.9 seconds, a below-average time for this segment. Properly equipped, the Expedition has a maximum tow rating of 9,200 pounds.

Fuel economy is about average for a full-size SUV, with the EPA estimating 14 mpg city/20 mpg highway and 16 mpg in combined driving for a 2WD Expedition. EPA estimates for 4WD versions drop to 12/17/14 mpg.

The Ford Expedition comes standard with antilock disc brakes with brake assist, a rollover-sensing stability control system, front-seat side airbags and full-length side curtain airbags. Ford's programmable MyKey system, which allows parents to specify speed limits and stereo volumes for their teenage drivers, is also standard. All models are also equipped with Trailer Sway Control, which uses the existing stability control sensors to detect trailer sway, then applies precise braking and throttle adjustments to assist in bringing both the vehicle and the trailer under control.

In government crash testing, the Ford Expedition received a five-star rating (the best possible) for frontal and side-impact protection for driver and passengers.

A large part of the 2011 Ford Expedition's appeal has to do with its passenger cabin, which can be fitted with a variety of seating options to comfortably accommodate five, seven or eight passengers. The standard second-row bench seat features reclining seatbacks and is split 40/20/40, which allows the center portion to slide forward to put young children within easy reach. Second-row bucket seats are an option on all but the entry-level XL models.

Also notable is the third-row seat, which can be folded down by a simple release mechanism or by pressing the power-folding button that's standard on upper trim levels. By contrast, you must physically remove the Tahoe's heavy third row. Both Expedition body styles offer generous cargo room behind that third row, including an ample 18.6 cubic feet in regular-wheelbase models and a whopping 42.6 cubic feet in the EL version. Drop both the second- and third-row seats down and you have a cargo hold that's downright cavernous, with 108 cubic feet of cargo capacity in the standard model and just over 130 cubic feet in the extended-wheelbase EL.

The Expedition's interior design is generally attractive, though some people might find the dash's array of buttons confusing. Some low-quality interior materials also disappoint, particularly when you've paid the extra money for a premium trim level like the top-of-the-line King Ranch edition. Of all the Expedition's available bells and whistles, the voice-operated Sync system -- which, among other services, allows you to control your cell phone and MP3 player without removing your hands from the steering wheel -- is a standout.

There's no denying that the 2011 Ford Expedition -- all 17-plus feet and more than 5,500 pounds of it -- is one heck of a big truck. Oddly enough, though, it doesn't really feel like it from behind the steering wheel. Much of the credit goes to the fully independent rear suspension, which is a rarity in a full-size SUV. The ride quality is good overall, though some competitors feel a bit smoother on the highway. Relatively precise and responsive steering also makes the Expedition more nimble than you'd expect.

The 5.4-liter V8 under the hood is sufficient for everyday driving, but performance suffers when you've packed up the Expedition with full load of passengers and cargo and/or towing a trailer. The six-speed automatic transmission is smooth and produces quick shifts, but it has some trouble finding the right gear in certain situations.