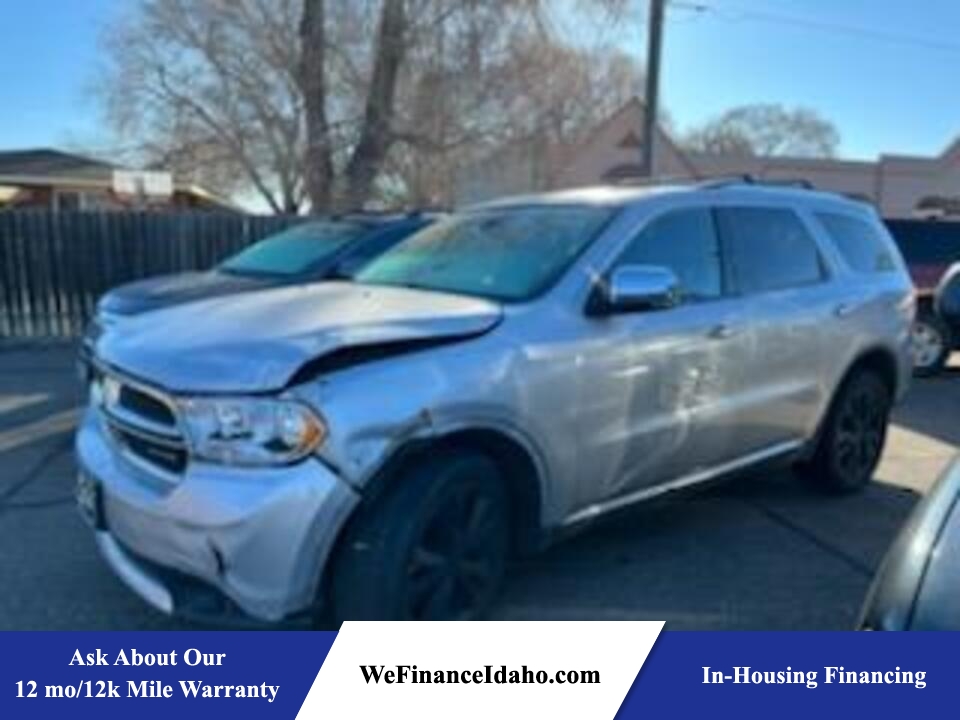 Thanks chiefly to its welcoming new interior and balanced ride and handling, the 2011 Dodge Durango is now competitive against top crossover SUVs.

For 2011, the Dodge Durango has been completely redesigned.

"Maybe you should take a year off and figure out what you want to do." At one time or another, we've all heard this sage advice. In the automotive realm, it seems that someone told this to the Dodge boys, because the 2011 Dodge Durango is solid proof of what good can come from that advice.

After a one-year hiatus, the Dodge Durango emerges with a new body and a new attitude. Formerly a truck-based, body-on-frame SUV, the Durango now uses a carlike unibody architecture that noticeably improves ride and handling dynamics. Dodge has also increased refinement with a smoother, more powerful V6 engine, not to mention a welcoming cabin that has high-quality, soft-touch materials in place of the previously drab and cheap-feeling hard plastics.

The new 3.6-liter V6 cranks out 290 horsepower -- a substantial increase of 80 hp over the previous 3.7-liter V6. It's hooked up to an automatic transmission with just five speeds (pretty much every competitor has six), but the combo is still good enough for decent acceleration and 16 mpg city/23 mpg highway. A 5.7-liter V8 is once again available, providing added muscle for those with greater hauling and towing requirements. As much as 7,400 pounds can be pulled behind a properly equipped 2011 Durango, a top figure for a large crossover SUV with three rows of seats.

Truly, the Durango's sabbatical has done wonders. But that's not to say the 2011 Dodge Durango is suddenly at the top of its class. If heavy hauling capability isn't a requirement, there are a number of very worthy three-row crossovers to consider, namely the 2011 Chevrolet Traverse, 2011 Ford Flex, 2011 Mazda CX-9 and 2011 Toyota Highlander. You should also check out the fully redesigned 2011 Ford Explorer, which has gone through a similar metamorphosis this year and is indeed the Durango's closest competitor (it's like the 1990s all over again). But overall, it's very nice to see a stylish and upscale Durango back in the mix.

The R/T essentially includes the upgraded luxuries of the Crew (minus the park assist and rearview camera) along with the performance and appearance features of the Heat and then adds the 5.7-liter V8.

Many of the Citadel's luxury features are available on the Crew and R/T, while a few of them (such as the sunroof and back-up camera) are available on the Express and Heat. Options for the whole lineup include a towing package, a skid-plate package and (for all but the Express) a rear-seat DVD entertainment system with satellite TV.

The 2011 Dodge Durango is offered in several powertrain combinations. You can choose between rear-wheel drive, all-wheel drive and four-wheel drive. Except for the V6-only Express, rear-drive versions offer a choice of V6 or V8 power. The full-time AWD system is only available with the V6 engine. The on-demand 4WD system features low-range gearing (which makes it more capable on more challenging terrain) and requires the V8 engine.

Standard on all but the R/T is the 3.6-liter V6 engine, which is rated at 290 hp and 260 pound-feet of torque. In Edmunds performance testing, a V6 Durango went from zero to 60 mph in 9 seconds, a bit slower than most competing crossovers. Fuel economy is 16 mpg city/22 mpg highway and 18 mpg combined for the V6 with all-wheel drive.

Optional on the Crew and Citadel and standard on the R/T is a 5.7-liter V8 good for 360 hp and 390 lb-ft of torque. A five-speed automatic transmission is standard for both engines. The AWD V8 gets an estimated 13 mpg city/20 mpg highway.

Antilock disc brakes, stability and traction control, trailer sway control, front side and side curtain airbags are standard on every 2011 Dodge Durango. The Citadel also comes with blind-spot monitoring and cross-path warning systems, which are both optional on the Crew. In Edmunds brake testing, a Durango Crew came to a stop from 60 mph in 119 feet -- a very good distance for a large crossover.

Modern and functional, the 2011 Dodge Durango's cabin has been designed with family-style versatility in mind. Regardless of trim level, the design is attractive and features soft-touch materials in place of the former Durango's hard, cheap plastics.

Chrysler's latest batch of digital entertainment options (a 28GB hard drive, satellite radio and TV) should appeal to kids and tech-savvy parents. The front seats are roomy and comfortable, but the second row has a rather flat cushion and doesn't offer quite as much legroom as roomier rivals. The Durango's easily accessed third row, on the other hand, offers a surprising amount of leg- and headroom (even for 6-footers) and is indeed more spacious than the Ford Explorer's.

With the second- and third-row seats folded down, the Durango can carry up to 84.5 cubic feet of cargo. This is a respectable amount, but competing large crossover SUVs can offer more rear passenger and/or cargo space.

A major benefit of the Durango's new unit-body chassis (derived from the Mercedes-Benz M-Class and shared with the Jeep Grand Cherokee) is its ability to keep you from noticing this Dodge's nearly 5,000 pounds when you're going around a corner. The new Durango feels controlled in circumstances that would have left it fumbling to regain its composure in the past. The steering has also been improved, and its responsive nature makes the Durango easy to maneuver.

Low-end torque is not a strong suit of this V6, but once the 2011 Dodge Durango is moving, the engine pulls respectably. Midrange acceleration is adequate for passing and merging and indeed there's little reason to sweat the additional second or two it takes the Durango to reach 60 mph compared to its fleeter rivals. As expected, the V8 offers brisk all-around performance. On a long interstate cruise, the Durango provides a quiet and relaxed cabin environment.