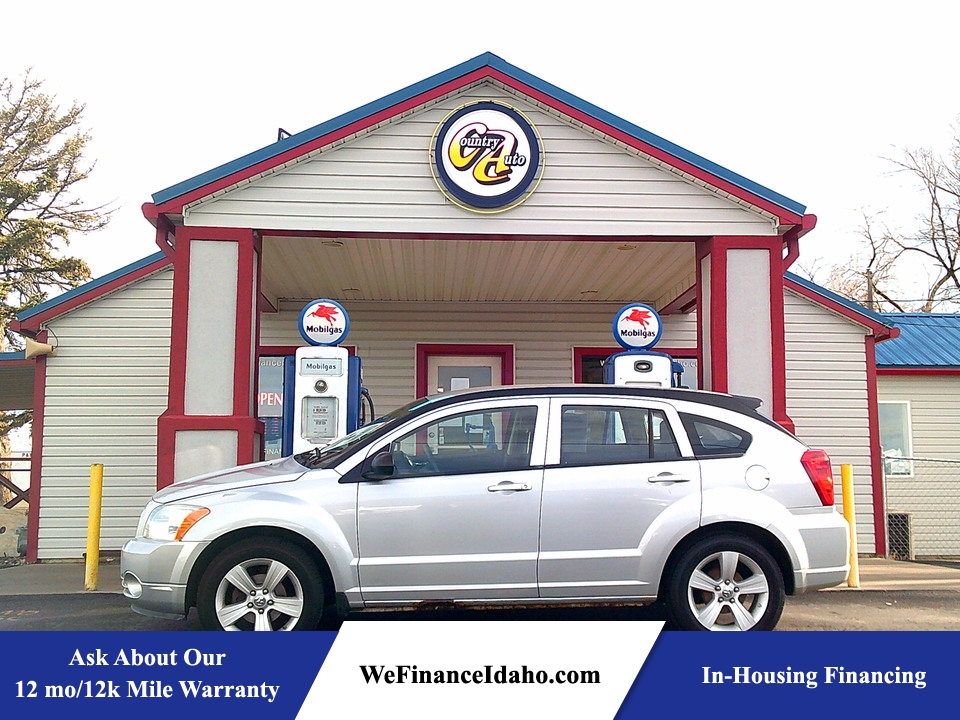 Despite having some unique features, the versatile 2011 Dodge Caliber is hamstrung by lethargic performance. There are better hatchbacks to choose from.

Practical interior; some useful features not available in competitors.

A while back, Chrysler revived one of its earlier slogans that boldly stated: "In the car business, you lead, follow or get out of the way." Obviously, the brand's marketing execs were hoping to convince people that they're leading. But with vehicles like the 2011 Dodge Caliber, it's still very much a case of following.

Based on specs, the Caliber would seem to be very much in the mix. In terms of size, this entry-level Dodge model resides in a sort of middle ground between hatchbacks and small crossover SUVs (though it's still classified as a compact four-door hatchback). A choice of two four-cylinder engines is offered, and the Caliber can haul about as much cargo as other hatchbacks. But in actual execution, it still ends up being pretty mediocre.

Disappointingly, the Caliber lacks the lively performance characteristic of this category. Handling ability and power output from either engine are middling at best. Even some of the Caliber's unique features -- a built-in beverage cooler, rechargeable flashlight and flip-down liftgate speakers -- seem more like curious novelties than enticements. The quality of the interior is also a bit of a disappointment, despite it undergoing a makeover last year.

We recommend looking at segment leaders like the 2011 Hyundai Elantra Touring, 2011 Mazda 3, 2011 Scion xB, 2011 Toyota Matrix and 2011 Volkswagen Golf before settling on the 2011 Dodge Caliber. All of these alternatives offer significant performance and interior quality advantages. In the end, Chrysler's tag line has rung true, but perhaps not in the way the company intended.

Building on the Caliber Heat is the Rush, which adds a larger 2.4-liter engine, 18-inch chrome-clad alloy wheels, a rear spoiler, automatic climate control, leather upholstery and a premium audio system with a touchscreen interface and 30-gigabyte hard drive.

Many of the options found on the upper trim levels are offered as options on the lower trims. Additionally, a sunroof and a navigation system are also available.

The front-wheel-drive 2011 Dodge Caliber is offered with a choice of two different four-cylinder engines. A 2.0-liter engine rated at 158 horsepower and 141 pound-feet of torque is standard on all trim levels except the Rush. The Rush gets a 2.4-liter that makes 172 hp and 165 lb-ft of torque. This engine is optional on the Uptown. Transmission choices include a five-speed manual for the Express, Heat and Rush, while a continuously variable automatic transmission (CVT) is standard on the Mainstreet and Uptown. The CVT with manually controlled simulated stepped gears is offered on the Heat and Rush as an option.

Standard safety features for the 2011 Caliber include a driver-side knee airbag, side curtain airbags, active front head restraints and antilock brakes (rear drums for the Express and Mainstreet, four-wheel discs for the other trims). Stability control isn't available on the Express but is standard on the remaining trim levels. Front-seat side airbags are offered as options for all but the Express trim.

The Caliber has not been rated using the government's new, more strenuous 2011 crash-testing procedures. Its 2010 ratings (which aren't comparable to 2011 tests) resulted in a perfect score of five out of five stars in both frontal and side impacts. Results were mixed in Insurance Institute for Highway Safety tests, however, with a top "Good" rating in the frontal-offset tests and a next-to-lowest "Marginal" rating in side-impact tests.

Among competing hatchbacks and crossovers, the 2011 Dodge Caliber's interior ranks midpack. There are plenty of hard plastics inside, but a cabin makeover last year added cushioned materials in key touch points. A decent amount of head- and legroom ensures comfort for front and rear passengers, while the driver benefits from good outward visibility, legible gauges and intuitive controls.

More noteworthy is the Caliber's practicality, with 60/40-split-folding rear seatbacks and a flat load floor to accommodate bulky items. All but the Express trim models (with its flat-folding front passenger seat) can accept longer items, like surfboards or lumber while still being able to close the rear liftgate. Maximum cargo capacity is 48 cubic feet, which is comparable to other hatchbacks, but considerably smaller than some compact crossovers. The Caliber also features some road-trip convenience, adding a beverage cooler built into the glovebox that holds four 12-ounce cans.

One word to describe how the 2011 Dodge Caliber drives: mediocre. It neither impresses nor really offends behind the wheel. Acceleration is listless with the base 2.0-liter engine and only slightly improves with the 2.4-liter. Either engine, however, is further hindered when saddled with the CVT.

The Caliber's ride quality is generally acceptable, though the sport-tuned suspension in the Heat and Rush models may be too rough for some. Handling, too, is adequate but drivers seeking excitement should look to other hatchbacks or crossovers.