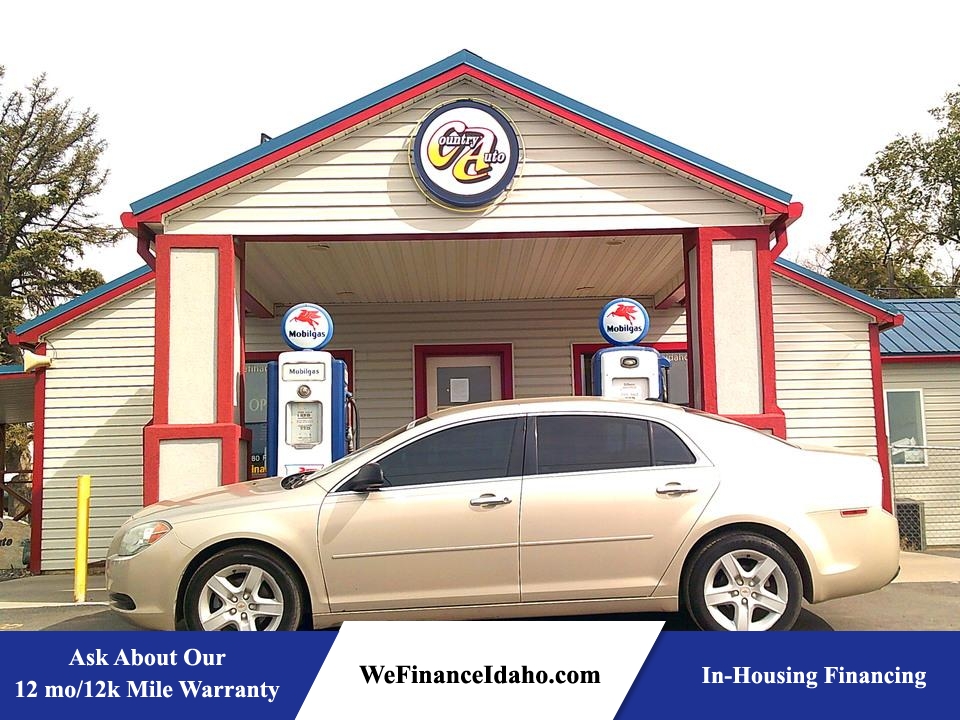 The 2011 Chevrolet Malibu remains a popular, well-equipped entry in the hotly contested segment of midsize family sedans. It's starting to lag behind stronger segment leaders in some respects, however, and a replacement isn't due until 2012.

The 2011 Chevy Malibu receives only a few minor changes that include new wheel designs and a standard six-speed automatic transmission on all models.

The seventh-generation Chevrolet Malibu bolted smartly out of the starting gate in 2008, one of the stars of GM's product renaissance over the last several years and one of the first Chevys to feel modern rather than retro. As a result it was acknowledged as the 2009 North American Car of the Year and earned a fair amount of positive praise. Four years on, the 2011 Chevrolet Malibu continues to be a very desirable car, but the competition has caught up.

On the plus side, the Malibu features a stylish cabin with straightforward controls, nicely balanced ride and handling characteristics, and a choice of either a fuel-efficient four-cylinder engine or a strong V6. Perhaps best of all, the Malibu has an upscale look that says "premium sedan" rather than "rental car." Although we could live without its flashy chrome-clad wheels, the Malibu sports clean, classy lines with tight panel gaps, and doesn't succumb to cheap visual add-ons like spoilers, side vents or body flares.

Unfortunately, a few shortcomings nix any pretensions of class leadership. The Malibu's rear seat space is tight compared to that of some competitors, and it lacks a center armrest. Although the cabin is generally well designed, the quality and finish of the materials are inconsistent. The 2011 Chevy Malibu also comes up short in terms of features, as some desirable items like dual-zone climate control and an in-dash navigation screen aren't offered.

If Chevy addresses these nits in the next redesign, we might again have ourselves a well-rounded superstar. Until then, we'd recommend checking out other top midsize sedans like the 2011 Ford Fusion, 2011 Honda Accord, 2011 Hyundai Sonata, 2011 Kia Optima, 2011 Mazda 6 and Nissan Altima.

The range-topping LTZ includes 18-inch cast-aluminum wheels, heated outside mirrors, LED taillights, automatic climate control, leather upholstery, a power front passenger seat, upgraded instruments, a rear window shade, a rear 110-volt power outlet and a Bose eight-speaker stereo with MP3 playback and USB audio jack. Many of these available features are grouped into packages that can be added to the lower trim levels. In addition, a sunroof is optional for all trims except the LS.

Every 2011 Malibu can be equipped with the 2.4-liter four-cylinder engine as standard equipment, which generates 169 horsepower and 160 pound-feet of torque. Power is sent through the front wheels via a six-speed automatic transmission with manual shift control. Estimated fuel economy checks in at 22 mpg city/33 mpg highway and 26 mpg combined. In Edmunds performance testing, a four-cylinder Malibu reached 60 mph in 9.1 seconds, which is about average for four-bangers in this class.

A 3.6-liter V6 is available for the Malibu LT and LTZ, and bumps output to 252 hp and 251 lb-ft of torque. A six-speed automatic is again standard. Fuel economy is estimated at 17/26/20 mpg. Our test of a V6-equipped Malibu resulted in a 0-60-mph sprint in just 6.7 seconds, making it one of the quicker V6 sedans in its class.

The Chevy Malibu comes standard with antilock disc brakes, stability and traction control, OnStar telematics, front side airbags and head curtain airbags. In the government's new, more strenuous crash testing for 2011, the Malibu earned an overall rating of four stars out of a possible five, with four stars for overall frontal crash protection and five stars for overall side crash protection. The Insurance Institute for Highway Safety awarded the Malibu its highest rating of "Good" in its frontal-offset and side-impact testing. In brake performance testing, a V6 Malibu impressed us by stopping from 60 mph in a short, fade-free 122 feet.

The 2011 Chevrolet Malibu features a curvaceous dual-cowl dash design up front, emphasized strikingly by a couple of available two-tone interior color options. However, the sedan's quality doesn't always keep up with its overall design promise, as fit and finish is compromised by a few cheap pieces here and there. Control layout is simple and straightforward, and plenty of insulation and the use of acoustically laminated glass contribute to a serene driving experience.

The front seats are comfortable and pleasantly supportive, though some editors found the car's pedal placement somewhat awkward. Additionally, the sedan's seat bolsters may prove to be somewhat intrusive for wider passengers. Passengers of average size should be fine in back, though larger folks will notice tight quarters compared to other midsize sedans. And although the rear seat is fine for two passengers, it's a tight squeeze for three. The lack of a center armrest and grab handles also compromises the experience for second-row travelers. The trunk offers 15.1 cubic feet of capacity, but the opening is narrow and the space is shallow.

The 2011 Chevrolet Malibu strikes an excellent balance between ride and handling, exemplified by confident cornering and a smooth, quiet ride over varying types of pavement.

The four-cylinder engine achieves its frugal efficiency in part due to the use of an electric steering system. As these systems go, this is a good one, and several of our editors preferred the four-cylinder and its electric-assist steering to the optional V6 with its conventional hydraulic steering assist. Mated to the now-standard six-speed automatic, even the fuel-efficient four-cylinder Malibu should deliver enough power and response for most buyers. The V6 is much stronger of course, and is likely a better fit for those who place a premium on quickness.