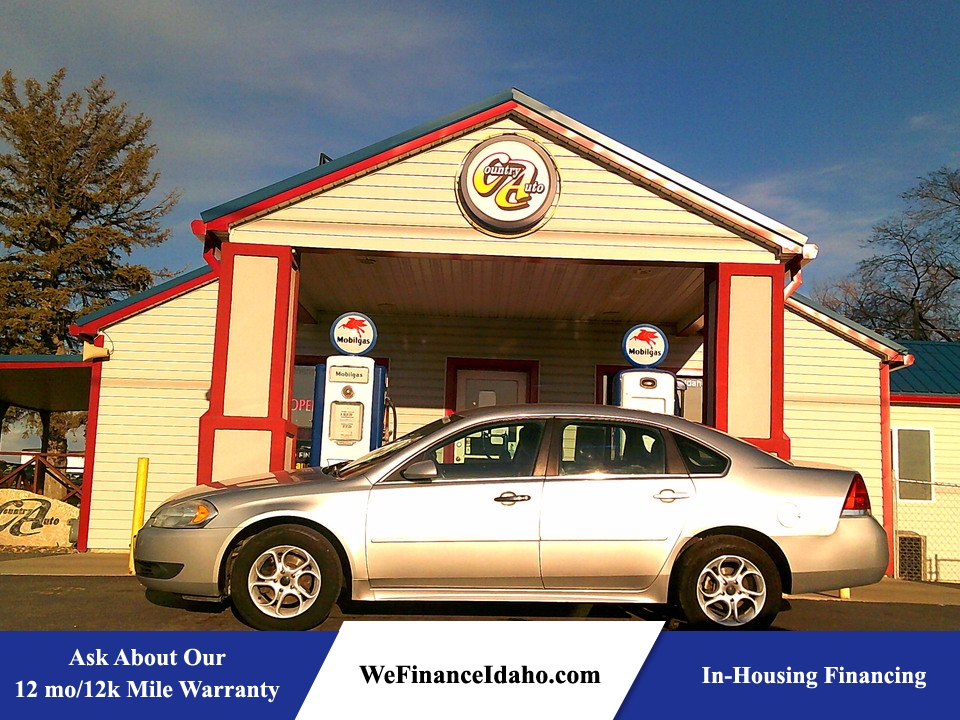 Despite a spacious cabin and comfortable ride, the 2011 Chevrolet Impala is outdone by most competitors. You can do better.

Despite a spacious cabin and comfortable ride, the 2011 Chevrolet Impala is outdone by most competitors. You can do better.

In times of financial uncertainty, it's natural that people will turn to the tried-and-true. In other words, grandiose aspirations tend to yield to that which is more grounded and conservative. With respect to the automotive world, the perennial Chevrolet Impala is one familiar multigenerational nameplate that's continued to do well in recessionary times. And it's managed to do so while relying on a design template that hasn't kept up with the latest and the greatest.

Once the best-selling full-size model in the United States, the well-established and versatile Impala was born in the late 1950s and has taken on different forms during different eras: coupe, sedan, hardtop, convertible and wagon, with models and trim packages appealing to performance buyers, style mavens, value shoppers, families and fleet buyers alike. The 2011 Chevrolet Impala sedan is the latest incarnation of this unassuming, value-driven vehicle -- though we doubt people will revere this version in 30 years like they do with its illustrious predecessors.

The Chevy Impala's practical strengths contribute to its mainstream appeal: a smooth ride, a quiet cabin, room for up to six, a large trunk and a solid safety record. Not exciting but wholly serviceable, the Impala is decent transportation for most. Changes to the 2011 Chevrolet Impala are minor, meaning it continues to fall farther behind newer and more sophisticated rivals due to its aging platform, rental fleet styling, cheap interior and unimpressive powertrains.

What we have, then, in the 2011 Chevrolet Impala is an aging back-of-the-pack sedan that needs a return to the drawing board in order to join the class leaders. Impala sales remain strong thanks to rental and company car fleets, but we think buyers with a choice of what they drive deserve better than just "wholly serviceable." So if you're shopping for a well-rounded modern family sedan, instead consider fresher designs like the 2011 Buick LaCrosse, 2011 Chrysler 300, 2011 Ford Taurus, 2011 Hyundai Sonata or 2011 Toyota Avalon. Times might be uncertain, but that doesn't mean you should settle for something other than the best.

The 2011 Chevy Impala is a full-size four-door sedan offered in three trim levels: base LS, midrange LT and top-drawer LTZ. There is standard seating for five people, but an optional front bench available on the LS and LT ups that to six.

The front-wheel-drive Chevrolet Impala LS and LT models include a standard 3.5-liter V6 producing 211 horsepower and 216 pound-feet of torque, while the LTZ is equipped with a 3.9-liter V6 that generates 224 hp and 235 lb-ft of torque.

Both overhead valve engines are mated to a four-speed automatic transmission, while the Impala's competitors typically offer more sophisticated six-speed automatics. As a result of its modest output and gearing, performance is unexceptional.

With less power, however, the Impala manages estimated fuel economy at 19 mpg city/29 mpg highway and 23 mpg combined. The larger 3.9-liter V6 achieves an estimated 17/27/21, which is about the same as the Chevy Malibu's substantially more powerful V6.

The 2011 Chevrolet Impala performs well in safety testing, and is equipped with standard antilock brakes, traction control, stability control, OnStar telematics, front side-impact airbags and side curtain airbags. In government crash testing, the Impala earned the highest possible five-star rating in frontal and side-impact crash tests. The Insurance Institute for Highway Safety awarded the 2011 Impala its top ranking of "Good" in both its frontal-offset and side impact tests.

A quick tour of the Impala's cabin offers a good illustration of the strengths and weaknesses of its aging design. While it's roomy and quiet with simple controls, the cabin's bland styling and low-quality materials cheapen the experience and make the car feel dated and utilitarian.

Viewed from a strictly practical perspective, however, it's hard to argue with the Impala's cabin. There's seating for up to six passengers -- something that's increasingly rare in modern sedans -- with the 40/20/40-split front bench that's offered as an option on LS/LT models. Hip- and shoulder room are good all around, though competitive models offer a bit more legroom.

The spacious trunk will swallow more than 18 cubic feet of cargo; while not class-leading, this is still fairly impressive. The fold-flat rear seatbacks and large trunk pass-through (an option on LS/LT models and standard on the LTZ) make it possible to carry longer items with the trunk lid closed.

Driving dynamics are rather pedestrian, and a major reason why the Impala languishes behind the segment leaders as a middling performer.

The 2011 Impala's powertrains deliver modest output with designs that recall an earlier era -- while proven and adequate for relaxed everyday driving when judged in isolation, they seem relatively weak when compared to the more robust and sophisticated V6s and six-speed transmissions of its rivals. The larger 3.9-liter V6 is preferred, as it offers more power reserves when accelerating around town and on the highway.

The Impala's suspension is tuned for an especially comfortable and smooth ride, but it suffers from lackluster handling response. Again, fine for a brief rental tour while on vacation in Florida, but its competitors offer more refinement that you'll appreciate in the long term.