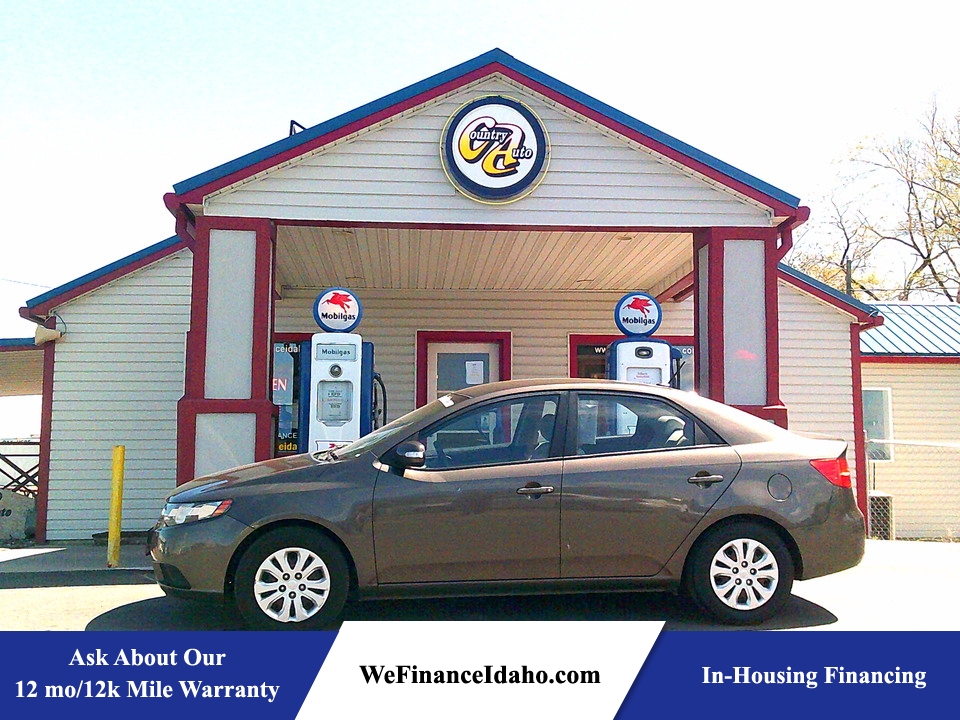 Unlike the bargain-bin Spectra that it replaces, the new 2010 Kia Forte is good enough to compete against perennial segment stars from Honda, Mazda and Toyota.

The 2010 Kia Forte is an all-new compact car available in sedan and coupe body styles. It offers impressive styling and feature content at an attractive price.

Penned by a former Audi designer, the 2010 Kia Forte's sleek exterior signals that it's no longer business as usual in Kia's compact sedan department. The Forte's predecessor, the Spectra, was known for its cut-rate pricing and little else, but the new car announces its presence with authority thanks to crisp overall lines and unusual details like an upswept kink at the A-pillar. There are also derivative elements -- the nose is distinctly Civic-like, for example -- but the Forte is undoubtedly one of the best-looking small cars on the market. The question is whether the car itself is as good as the wrapper it comes in.

As it turns out, this Kia is actually a very competitive car, from its 156-horsepower base engine to its impressive fuel economy. The interior is pleasant, too, with plenty of standard features on most trim levels and decent-quality materials. As with the old Spectra, you get a lot for your money (including a 10-year/100,000-mile powertrain warranty), but this time around you're not going to feel as if you're driving a red-tag special. There's even a sharp-looking two-door "Koup" version that heaps an extra helping of two-door style onto the sedan's underpinnings.

As with any car, of course, things aren't perfect with the Forte. For one thing, the base 2.0-liter engine's four-speed automatic transmission -- the powertrain arrangement we expect most Forte buyers will be opting for -- is saddled with extraordinarily tall gearing. This helps fuel economy, of course, but it also means that you may not be able to summon those 156 horses when you need them. Additionally, the Forte's handling is uninspiring in the LX and EX trims -- we strongly recommend the SX model, as its more powerful engine and sport-tuned suspension make a big difference in the overall character of the car.

All things considered, the 2010 Kia Forte makes a strong case for itself as a legitimate alternative to established all-stars like the Honda Civic, Mazda 3, Scion tC and Toyota Corolla. From fuel economy to backseat space, this Kia is remarkably solid -- and in SX trim, it's also one of the most enjoyable economy cars to drive. There can be little doubt that the 2010 Forte marks Kia's arrival as a serious player in this hotly contested segment.

The 2010 Kia Forte is a four-door compact car available in LX, EX and SX trims; The two-door "Koup" is available in EX or SX trim only.

The SX trim tacks on a larger 2.4-liter engine, a sport-tuned suspension, 17-inch alloy wheels, wider tires, foglights, a tilt-and-telescoping steering column, leather-wrapped steering wheel and shift knob, an enhanced gauge cluster, a trip computer, unique cloth upholstery and metallic interior trim. On top of these items and the EX Koup's extras, the SX Koup gets unique 17-inch alloys and a sportier version of the SX sedan's suspension, along with illuminated red speaker surrounds that can be configured to blink in time to the beat.

Options on the LX include air-conditioning and the split-folding rear seat, but power accessories are unavailable. The EX has an expanded range of options, including a sunroof, 16-inch alloy wheels (sedan only) and leather upholstery with heated front seats. A Fuel Economy package for the EX sedan adds a five-speed automatic transmission, electric power steering, low-rolling-resistance tires and aerodynamic enhancements. SX options are limited to the sunroof and heated leather seats. Notably, the SX's standard tilt-and-telescoping steering column cannot be specified on the LX and EX trims, which offer tilt only.

For most Forte models, fuel economy is above average for the small car segment. The LX and EX (with either transmission) have a 25 mpg city/34 mpg highway and 28 mpg combined EPA estimate. Opting for the Fuel Economy package bumps the EX's figures to 27/36/30 mpg. The more powerful Forte SX has a less impressive 22/32/26 mpg rating with the six-speed manual and 23/31/26 with the five-speed automatic.

The new Kia Forte's dashboard design doesn't raise the bar aesthetically -- frankly, it's pretty boring -- but it includes easy-to-read gauges, a clean layout and generally intuitive audio and climate controls. Standard Bluetooth connectivity across the lineup is also a nice touch. Materials quality is good enough to satisfy expectations in this segment. Unfortunately, the telescoping steering column is only available on the SX, meaning taller drivers might have a hard time getting comfortable in the LX and EX.

Rear legroom is good for this class, though the Koup's rear quarters are predictably tighter, and they lack the sedan's center armrest. Trunk space is plentiful, measuring an impressive 14.7 cubic feet in the sedan and 12.6 in the coupe.

The 2010 Kia Forte isn't exactly a driver's car in LX or EX guise. There's lots of body roll during enthusiastic cornering, and the steering is rather numb. However, the SX model's sport-tuned suspension makes for a night-and-day difference. It's still not as sharp as something like a Honda Civic Si, but the SX's overall driving dynamics put it at the head of the economy class.

In any trim, the ride is comfortable enough, and with the exception of intrusive road noise on some surfaces, the Forte is a confident highway cruiser. The four-speed automatic's tall gearing means you've barely crested 3,000 rpm in 2nd gear at 45 mph -- good for your gas budget, but decidedly unhelpful if you need to pass anyone while traveling at that speed. On the plus side, the the five-speed automatic is a capable unit, particularly when mated to the SX's 2.4-liter engine. The SX's manual shifter, however, is as vague and rubbery as they come.