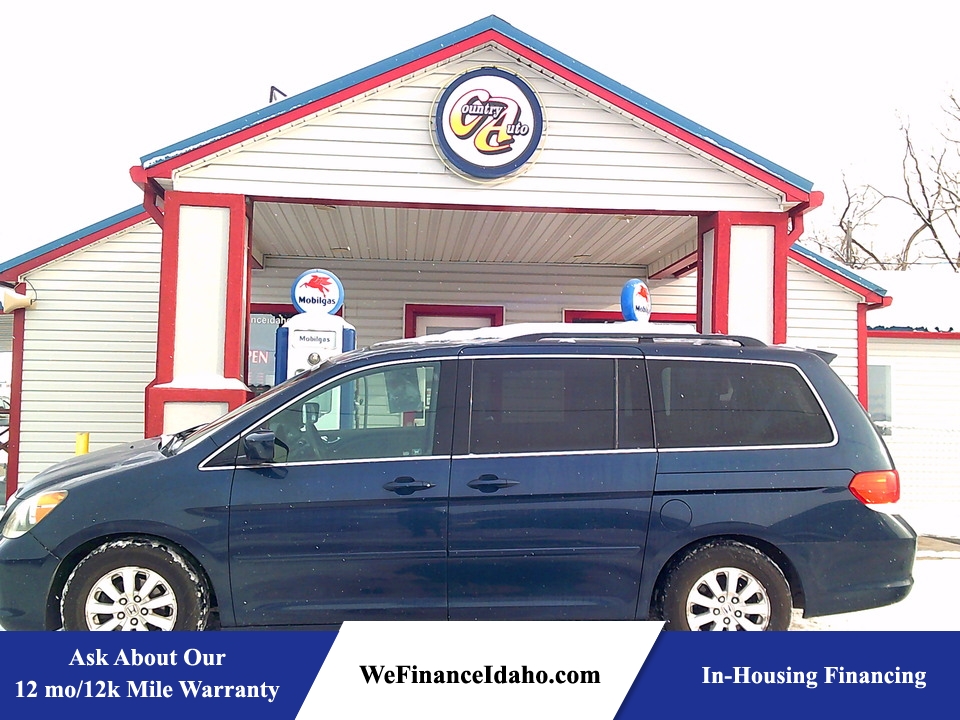 Reports of the Odyssey's redesign have been greatly exaggerated. The 2010 Honda Odyssey remains unchanged, despite rumors of an expected new generation.

There are no significant changes to the 2010 Honda Odyssey.

The current-generation Honda Odyssey has been around since 2005. In car years, it's in the twilight of its run. There were whispers of a complete redesign for 2010, but those rumors have proved unsubstantiated, as the latest Odyssey is essentially the same as it was last year. From the outside, the Odyssey hides its age well, thanks to a face-lift a few years back. The interior, however, could have benefitted from a makeover as well. Still, the Odyssey's impressive all-around talent should earn it a spot on every minivan buyer's test-drive list.

Compared to many contemporary vehicles, the 2010 Honda Odyssey's cabin lacks the refinement, simplicity and bells and whistles we've come to expect. An abundance of hard plastics serve to cheapen the experience, an excessive amount of buttons overcomplicate even the simplest of tasks, and iPod integration is notably absent. On higher trim levels, even the leather upholstery is decidedly downmarket.

Some of these drawbacks are not without their silver linings, though, as the hard plastics and thick leather are easy to clean and able to absorb years of hard use. Furthermore, the Odyssey's unparalleled combination of agility, capable V6 power, utility, convenience and safety ultimately outweighs our comparably minor complaints. Given that these traits are paramount among family car buyers, it's easy to see why the Honda Odyssey remains our top pick for a minivan.

However, those contemplating the purchase of a 2010 Honda Odyssey should keep in mind that the base price is about as expensive as minivans get, and that price makes a steep climb upward as the trim level advances. Rival minivans like the Kia Sedona and Toyota Sienna are also worthy of consideration, as are top large crossovers like the Ford Flex and Mazda CX-9. But for larger families, our money is still on the Honda Odyssey.

The EX-L goes markedly upscale by adding a leather-trimmed interior, heated front seats, a power front passenger seat, a power liftgate, a back-up camera with a rearview-mirror-mounted display, an auto-dimming rearview mirror, satellite radio and a sunroof. Finally, the fully loaded Touring edition adds foglights, run-flat tires, rear parking sensors, power-adjustable pedals, driver-seat memory positioning and a premium audio system. Also included on the Touring are a rear-seat entertainment system, a navigation system with a back-up camera and Bluetooth. The entertainment system can be had on the Odyssey EX, and both the entertainment and navigation systems are optional on the EX-L.

The 2010 Honda Odyssey is powered by a 3.5-liter V6 that produces 244 horsepower and 240 pound-feet of torque (EX-L and Touring models get an additional boost of 5 pound-feet). The only transmission available is a five-speed automatic that channels power to the front wheels.

The EX-L and Touring models come equipped with Variable Cylinder Management (VCM), which deactivates up to three cylinders when coasting. This system allows those particular Odysseys to return an EPA-estimated 17 mpg city/25 mpg highway and 20 mpg combined -- a notable improvement over the base engine's 16/23/18. In performance testing, we accelerated a Touring model from zero to 60 mph in 9.1 seconds -- slower than some competitors, but still respectable.

The Odyssey can be configured to seat seven or eight passengers, with the eighth occupant relegated to the removable PlusOne center seat in the second row on EX, EX-L and Touring models. In a pinch, this seat could come in handy, but otherwise, it is far too narrow for any passenger to sit in comfortably. When not in use as a seat, it can be converted into a tray table or removed and stowed in the Odyssey's in-floor storage area.

For added versatility, the second-row captain's chairs can be mounted left and center, allowing for easier third-row access. The three-passenger third-row seats feature a 60/40-split bench that effortlessly folds flat into the floor. With these seats stowed, the Odyssey can accommodate 91 cubic feet of cargo. The second-row seats are rather heavy and unwieldy, but when removed, cargo capacity expands to just over 147 cubic feet -- about average for this segment but significantly more than any crossover SUV can offer.

From an aesthetic perspective, the Odyssey's cabin is looking rather dated these days. Hard plastics are prevalent on the old-school center stack, and those gathered leather seat surfaces haven't been in style since the '90s. On higher trim levels, the button-heavy cockpit can be confusing and aggravating.

The 2010 Honda Odyssey's responsive steering, taut suspension, smooth V6 power and relatively tight turning radius make it the most carlike minivan on the road, unless you count the much smaller Mazda 5. When the road goes from straight and flat to hilly and curvy, the suspension skillfully keeps this minivan solidly planted and stable. Gearchanges from the five-speed automatic are quick and smooth.

On the highway, road noise is prominent in the Odyssey compared to the competition, and the overall ride quality isn't as luxurious as the Toyota Sienna's. Still, the Odyssey can ably transport plenty of passengers for long distances quite comfortably.