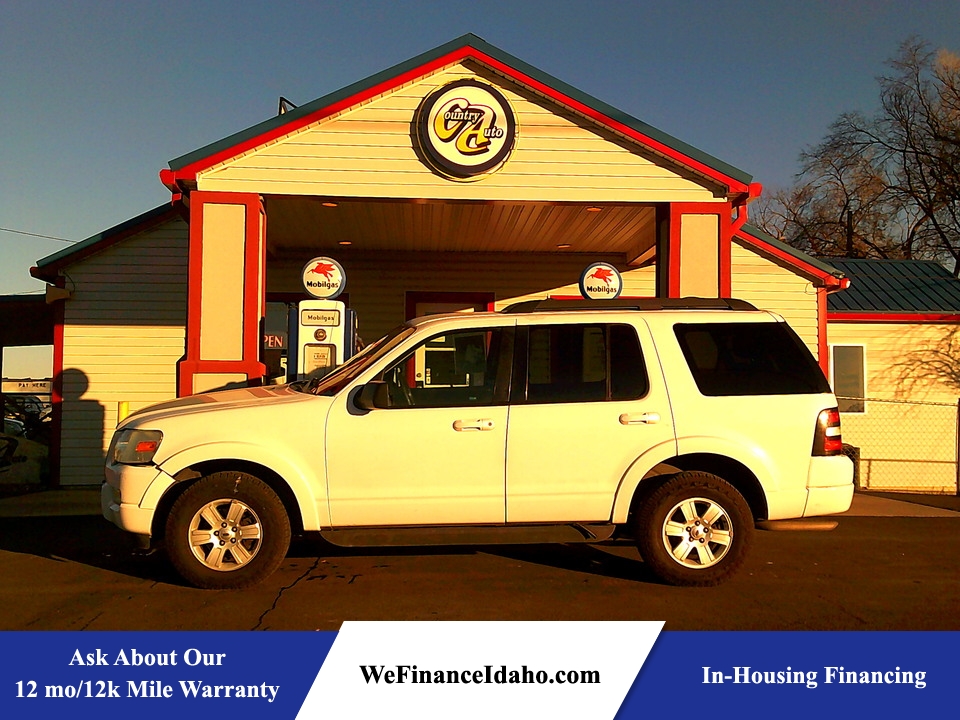 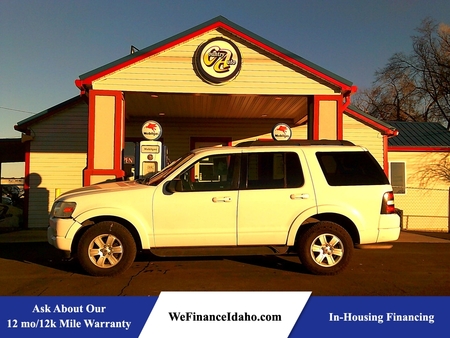 The 2010 Ford Explorer deserves consideration if you need a traditional midsize SUV with substantial towing and off-roading capabilities. Shoppers looking primarily for a family vehicle with plenty of passenger and cargo space, however, might be better off with a more modern seven-passenger crossover.

For the 2010 Ford Explorer, the 4.6-liter V8 engine is available only in Eddie Bauer and Limited models.

The Ford Explorer may not have been the world's first sport-utility vehicle, but it's certainly among the most popular, with more than 5 million sold since its 1991 debut. Skyrocketing gas prices and increased competition from new car-based crossover models have caused Explorer sales to plummet in recent years, but many of the qualities that made this old-school SUV so popular -- including its roomy interior and quiet, comfortable ride quality -- lead us to conclude it still has much to offer a select group of buyers.

Perhaps the 2010 Ford Explorer's biggest advantage over newer midsize crossovers is that its rugged truck-based body-on-frame design gives it a distinct edge in situations like trailer towing and off-roading. Towing capacity is above average and the trailer sway control, part of the standard electronic stability control system, helps minimize white-knuckle moments when towing in gusty crosswinds or making sudden lane changes. Off-road, the availability of a true four-wheel-drive system with a low-range transfer case allows the Explorer to go places where its all-wheel-drive crossover competitors would rightly fear to tread (although competitors like the Jeep Grand Cherokee are preferred for dedicated off-roaders). On pavement, the Explorer remains one of the best handling of all truck-based sport-utility vehicles. A smooth ride and the availability of optional bells and whistles like Ford's Sync system and a cutting-edge navigation system with Sirius Travel Link satellite data service further the Explorer's appeal.

Those strong points aside, the 2010 Ford Explorer gives ground to the crossover competition in several key areas. For example, the standard V6 engine's 210 horsepower feels rather anemic compared to the 262-hp V6 in the Ford Flex crossover. The Explorer's V6 also comes up short in terms of fuel economy at 14 mpg city and 20 highway, versus the front-wheel-drive Flex's 17/24 mpg rating. The Explorer's available 292-hp V8 provides slightly better acceleration and fuel economy than the V6, though its overall performance is still rather unremarkable.

Ultimately, the 2010 Ford Explorer may not be the quickest or most fuel-efficient SUV on the block, but it's still an impressive package. It's civilized enough to schlep the kids and their friends around town, and yet burly enough to pull a 7,000-pound boat trailer down the rough dirt track that leads to your secluded mountain hideaway. Note that these last two points are key because, while they make the Explorer a good choice for buyers in need of those attributes, families who are just looking for generous passenger and cargo room are likely to find that a crossover SUV is a better fit.

The 2010 Ford Explorer is a four-door midsize SUV available in XLT, Eddie Bauer and Limited trim levels. Seating capacity jumps from five to seven passengers when it's equipped with the available third-row seat.

Many of the upper trim's features can be had as options on lower trim levels, including rear-seat climate control and the upgraded stereo. Other options include power running boards, second-row captain's chairs, the Sync hands-free communication and entertainment integration system, a voice-activated navigation system with Sirius Travel Link data service and digital music storage capability, a rear-seat DVD entertainment system, a sunroof, 20-inch wheels and a Class III/IV towing package.

The Ford Explorer's base engine is a 4.0-liter V6 that puts out 210 hp and 254 pound-feet of torque. For 2010, the optional 4.6-liter V8 engine with 292 hp and 300 lb-ft of torque is only offered on Eddie Bauer and Limited models. A five-speed automatic transmission is standard with the V6 engine, while the V8 comes mated to a six-speed automatic. Both engines come with standard rear-wheel drive or an optional 4WD system that includes a push-button low-range transfer case designed for negotiating slippery or uneven surfaces on or off road. Also optional is a full-time all-wheel-drive system, but it requires the optional 20-inch wheels. Properly equipped, a V8 2WD Explorer can tow nearly 7,300 pounds.

Performance with either engine is adequate, though the Explorer lags behind most rivals. We timed a V8-equipped 4WD Explorer at 9 seconds for the 0-60 dash. By comparison, the Ford Flex does the same run in 8.7 seconds, while a V8-equipped Nissan Pathfinder does it in 7 flat. EPA fuel mileage estimates don't vary much between trim levels: The V6 with 2WD rates 14 mpg city/20 mpg highway and 16 mpg combined, while either engine with 4WD rates 1 mpg less across the board.

In government crash testing, the Explorer earned a perfect five stars in all frontal- and side-impact crash tests. It also received the top rating of "Good" in the Insurance Institute for Highway Safety's (IIHS) frontal-offset crash tests, but only scored an "Acceptable" in IIHS side-impact tests.

Despite incremental improvements over the years, the Explorer's materials quality remains mediocre and its design rudimentary. Most of the climate and audio controls are comprised of lots of similar-looking black buttons, and the regular audio head unit still displays its info in Ford's old-school, '80s-look green font. The sharp two-tone color schemes make this workaday SUV feel a little more upscale, though, and the optional Sync phone/MP3 voice activation and hard-drive-based navigation systems are both effective and modern.

It's feasible to carry two adults in the third-row seats, but choosing the third-row option slightly reduces the available cargo space and results in a not-quite-flat load floor. Seven-passenger Ford Explorers max out at 83.7 cubic feet of cargo space, while five-passenger versions offer 85.8 cubic feet. Notably, the back of the second row's split bench seat reclines only if your Explorer has a third-row seat. The "quad seating" option on Limited models places reclining captain's chairs in the second row with a storage console between them, but drops passenger capacity to six.

Relative to other truck-based SUVs like the Dodge Durango, the 2010 Ford Explorer is pleasing to drive. Much of the credit goes to the independent rear suspension, which both smoothes the ride and helps keep the wheels planted when traversing rough pavement. For a vehicle this size, the steering feels surprisingly responsive. Power from both the V6 and V8 engines can best be described as adequate, though most buyers will likely prefer the V8 for its greater refinement and added low-end torque.