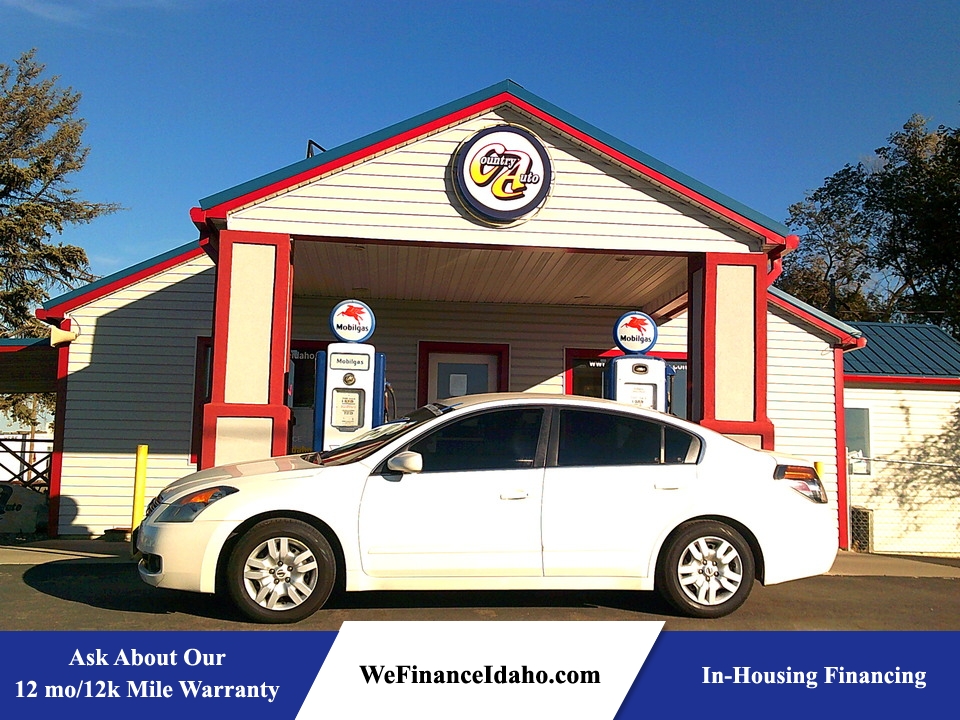 The 2009 Nissan Altima bundles contemporary styling, athletic driving manners and a cozy cabin in either coupe or sedan varieties. The smart execution of the Altima places it among our top picks for sporty family cars.

The 2009 Nissan Altima receives only minor changes. Base models have a few more standard features this year, including power mirrors and a trip computer. Available options now include dual-zone climate control with rear vents and a sunroof as a stand-alone option.

The term "family car" generally stirs up connotations of fun trailing far behind function. Add the term "sporty" and one assumes it's the same old car with bigger wheels, a rear spoiler and maybe some body cladding. Such is not the case with the 2009 Nissan Altima. Instead, the Altima is more of a sports-oriented car with the conveniences of a typical family car.

Available as either a coupe or sedan, the Altima delivers plenty of behind-the-wheel stimulation as well as enough comfort and tranquility to satisfy all five occupants. The coupe, which Nissan added last year, is more than just a sedan with two doors lopped off. It rides on a shorter wheelbase and has its own distinctive styling -- from a distance, you might think it's an Infiniti G37 that hasn't quite come out of adolescence. As you would hope, the coupe's smaller size makes it a bit sharper in terms of handling and road feel, though it does comes at the expense of rear passenger comfort.

Both Altima body styles can be luxuriously appointed with an impressive array of options, but those options are typically part of large and pricey packages. These feast-or-famine packages are further complicated by being conditionally paired with other packages. This structuring makes it difficult, if not downright impossible, to pick and choose among options you would consider essential or frivolous.

Despite its inconvenient options structure, the 2009 Nissan Altima is still a prime choice for a midsize sedan or coupe. Its closest competitors include the Ford Fusion, the Honda Accord (also available as a coupe), the redesigned Mazda 6, the Saturn Aura and the Toyota Camry. All are worthy choices, but if you want your "family car" to have some "sports car" in it, the Altima is definitely worthy of your attention.

The 2009 Nissan Altima is available as either a midsize sedan or a coupe. Trim levels for the sedan start at the bargain-basement level with the Altima 2.5. This Altima comes with 16-inch steel wheels, full power accessories, a tilt/telescoping steering wheel, air-conditioning, cruise control and a trip computer. Noticeably absent is an audio system, although it is pre-wired with four speakers. This base model is only available as a sedan and by customer order. No options are offered.

The first step up from the base 2.5 is the 2.5 S trim level, which is available in either coupe or sedan format. Additions include a six-speaker audio system with a CD player and an auxiliary audio jack, keyless ignition/entry and various interior trim bits. Above the 2.5 S trim level is the 3.5 SE, which, as the name implies, sports a 3.5-liter V6. The 3.5 SE also comes standard with 17-inch alloy wheels, sideview mirrors with integrated signals, a power driver seat, a leather-wrapped steering wheel with integrated audio controls, and wood-tone interior accents. The 3.5 SE coupe gets further adorned with 18-inch alloy wheels with performance tires, a sunroof and foglights.

Options for the Altima are as difficult to comprehend as particle physics and come with more restrictions than a last-minute vacation reservation. A luxuriously appointed 2.5 S can be had with the addition of two different Convenience Packages -- they contain many of the standard features found on the 3.5 SE. There's also the 2.5 SL Package. Each of these requires purchasing the preceding package. The 3.5 SE can be augmented with a Sport Package as well as an SL-like Premium Package. The Connection and Technology Packages add conveniences like a navigation system with a rearview monitor, as well as additional SL-level items.

The 2009 Nissan Altima offers two engine choices. Altima 2.5 models come with a 2.5-liter four-cylinder producing 175 horsepower and 180 pound-feet of torque. Altima 3.5 models have a 3.5-liter V6 that pumps out 270 hp and 258 lb-ft of torque. Most models (except for the base 2.5 and 3.5 SL) are offered with a standard six-speed manual transmission, with a CVT as an option.

Altimas with the four-cylinder engine can accelerate from zero to 60 mph in the mid-7-second range, which is certainly quick for this segment. The more powerful V6 brings that time down to 6.2 seconds for the manual transmission and 6.6 seconds for the CVT. Fuel economy is surprisingly prudent, considering the healthy power output. The four-cylinder manages 23 mpg in the city/31 on the highway and 26 mpg combined. The V6 turns in 19/26/22 mpg. These figures are for Altimas with the CVT, but the manual transmission's gas mileage is essentially the same.

Occupant protection is handled by standard front-seat side airbags and full-length side curtain airbags. Antilock disc brakes are standard across all Altimas, but traction control only comes on the 3.5 models. Stability control isn't offered on 2.5 models and it's optional on the 3.5.

Inside, the 2009 Nissan Altima offers a quiet and attractive cabin made with top-notch materials. All coupes come with a hand brake and sportier seats with more side bolstering, unlike the sedan -- which has more traditional seats and a foot-operated parking brake on CVT models. With the smaller coupe dimensions, front headroom is reduced and rear seating is compromised. Front seats in all Altimas are superb -- especially when the power seats are optioned -- offering a high degree of comfort and support.

The sport-oriented suspension and precise steering provide enough exhilaration to satisfy driving enthusiasts while still managing to deliver a civilized, comfortable and quiet ride. The four-cylinder models should provide sufficient power for the majority of drivers, while the V6's 270 hp is enough to thrill more spirited pilots.

We actually recommend the CVT over the six-speed manual. It is by far the best CVT we've tested, thanks to its responsiveness and use of available power. The manual gearbox falls short, with its sudden clutch engagement, weak shifter and sloppy gear selection. In addition to the manual transmission, the Altima's brakes could also use some improvement. Pedal feel is positive, but stopping distances from 60 mph were only average for this class, requiring 126-134 feet.