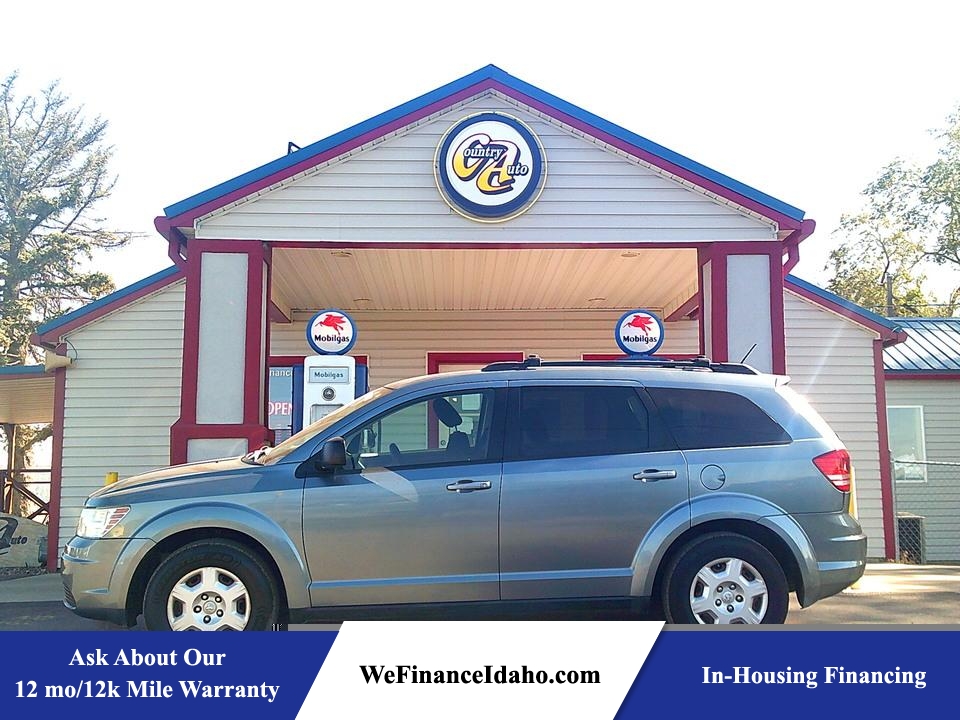 The 2009 Dodge Journey is the brand's long-overdue pitch to buyers who want minivan conveniences without the minivan stigma. It's versatile and spacious, but it doesn't really stand out against more polished competitors.

The 2009 Dodge Journey is an all-new midsize crossover SUV derived from the Avenger sedan and capable of seating up to seven passengers.

A late arrival on the bustling midsize crossover SUV scene, the 2009 Dodge Journey serves as a timely stand-in for Chrysler's departed short-wheelbase minivans. The Journey is related to the Avenger and Chrysler Sebring midsize sedans, but thanks in part to a 4.9-inch-longer wheelbase, it offers ample room for up to seven occupants.

The Journey excels on the inside, where the influence of Chrysler's minivans is unmistakable. From the Flip 'n Stow storage compartment under the front passenger seat to the Chill Zone glovebox beverage cooler, the Journey is loaded with clever, well-conceived minivan-style conveniences. It can also be had with MyGIG, Chrysler's hard-drive-based navigation and entertainment system.

Pricing is one of the Journey's strengths, as even the base SE model is fairly well-equipped and slips in just beneath the $20,000 mark. Unfortunately, however, the standard four-cylinder engine and four-speed automatic transmission aren't quite up to the task of motivating the hefty SE's 3,800 pounds with anything close to authority. The uplevel SXT and R/T models fare a bit better, thanks to a more capable V6 engine and six-speed automatic, but there's little doubt that athletic prowess isn't the Journey's strong suit. Even the sport-styled R/T comes off less planted and certainly less fun to drive than some of its rivals.

Overall, the 2009 Dodge Journey gets the basics right -- it's attractive, quiet and reasonably spacious. But it falls a bit short in a few key areas. Its interior is less refined than those found in competitors like the Hyundai Santa Fe and Toyota RAV4, for instance. It's also less enjoyable to drive than the Mitsubishi Outlander and not as roomy as the Ford Taurus X. Still, the Journey's attractive pricing and interior amenities will likely make it worth a look.

A midsize crossover SUV, the 2009 Dodge Journey comes in SE, SXT and R/T trim levels. All models have seating for five or, with the optional 50/50-split folding third-row bench available on the SXT and R/T, seven.

Dodge bundles most of the Journey's optional features into packages, and one can get much of the upper trim levels' features as options for the lower trims. Other major options include a chrome appearance package, Bluetooth, auxiliary rear air-conditioning/heating, a rear-seat entertainment system and the MyGIG hard-drive-based navigation and entertainment system with a back-up camera.

The base-model Journey SE comes with a 2.4-liter four-cylinder engine rated for 173 horsepower and 166 pound-feet of torque. It drives the front wheels through a four-speed automatic transmission. Uplevel SXT and R/T trim levels employ a 3.5-liter V6 that produces 235 horsepower and 232 pound-feet of torque. It's matched to a six-speed automatic transmission with manual shift control. On these trim levels, buyers have a choice of front-wheel drive or all-wheel drive.

The EPA gives an AWD Journey a 15 mpg city/22 mpg highway fuel economy estimate, about average for this segment.

Every 2009 Journey includes antilock disc brakes, traction control, rollover-sensing stability control, front-seat side airbags and side curtain airbags for all three rows. A rearview camera and hands-free communication system are optional, as are very handy built-in second-row child booster seats, a first in this segment.

Although the 2009 Dodge Journey offers somewhat less passenger and cargo space than such rivals as the Toyota Highlander, the overall impression is of a bright, reasonably spacious, straightforward family hauler. The Journey will accommodate as many as seven occupants in decent comfort; second- and third-row seats feature reclining backs, and the second-row seats also slide fore and aft, allowing parents to scoot small children closer to the front seats. Access to the third-row seats is a breeze, easily accomplished by older kids, with only an easy pull of a lever required to operate the second-row seats' tilt-and-slide mechanism. There's also obvious influence from Chrysler's minivans, as the Journey's interior is awash in cupholders, lidded storage bins and cubbyholes, including tubs beneath the second-row floor and an ingenious compartment beneath the front passenger seat. Maximum cargo capacity is 67.6 cubic feet, a bit less than what's available from other midsize crossovers.

The 2009 Journey is no lightweight, with even the base SE model tipping the scales at a hefty 3,800 pounds. The standard four-cylinder engine from the Avenger sedan, although reasonably frugal, is simply out of its league here. The V6 in the SXT and R/T models is decidedly more appropriate, returning decent acceleration and passing power.

On the open road, the Journey is tranquil enough, but it often feels insubstantial and fussy. Body roll, even in the sporty R/T model, is disconcerting at times. Standard four-wheel antilock disc brakes provide good stopping power, but more pedal feel would be appreciated.