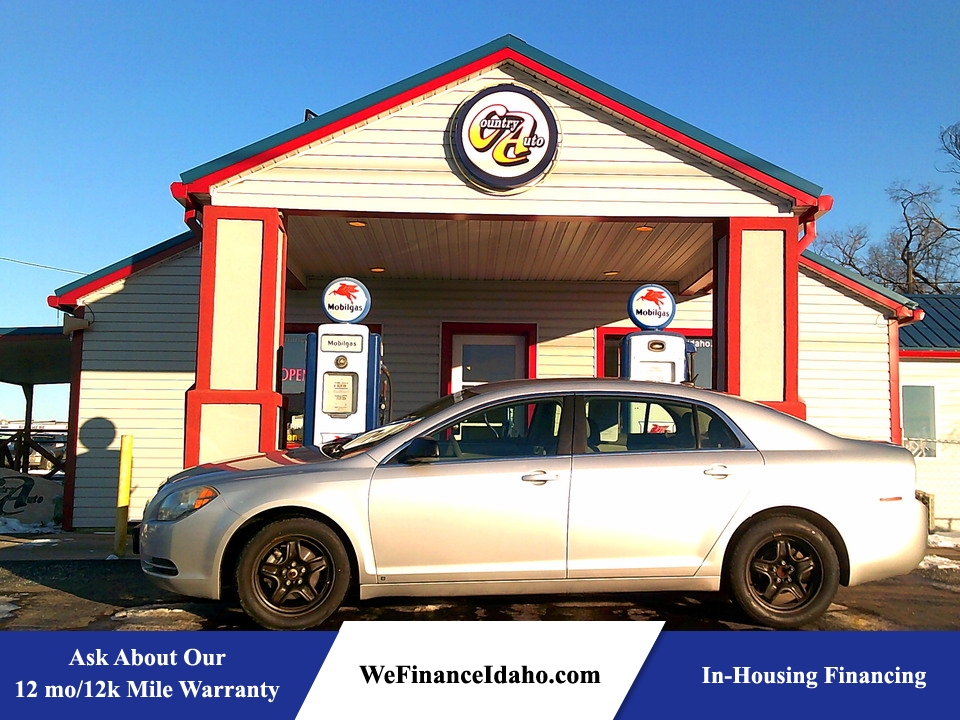 With newly available Bluetooth connectivity, standard stability control and the widespread adoption of the six-speed automatic for four-cylinder models, the already respected 2009 Chevy Malibu makes a stronger case for itself in the midsize sedan arena.

The 2009 Chevrolet Malibu undergoes a number of key changes. The six-speed automatic becomes more widely available with the four-cylinder engine, and the four is now standard instead of the V6 on the top-level LTZ trim. Bluetooth connectivity also debuts as an option, while stability control becomes standard across the lineup. Power-adjustable pedals are no longer offered.

In sports and the entertainment industry, there is a phenomenon known as the sophomore jinx. It's that inexplicable occurrence when an athlete who was a standout his rookie year bombs the next season, or when a movie's sequel doesn't come close to the excellence of the original. Thankfully, the 2009 Chevrolet Malibu isn't another Matrix Reloaded.

Though just entering its sophomore year, the Malibu sees a number of changes far beyond the gingerbread upgrades that are typical early on in a model cycle. Performance and fuel mileage for the four-cylinder models are increased by the six-speed automatic transmission; although this powertrain could be had late in the '08 model year, it's available on all trims this year except the base LS. Stability control becomes standard across the board, and available Bluetooth connectivity allows hands-free cell phone use. Some shuffling of package features, the fitment of 17-inch wheels to the LS and the deletion of the power-adjustable pedals option complete the round of changes.

What haven't changed are the Malibu's many likable qualities, such as a roomy, attractive cabin, nicely balanced ride and handling characteristics and a pair of peppy engines. The latter workhorses consist of an inline-4 making a respectable 169 horsepower and a torquey 252-hp V6. These competent underpinnings are wrapped in a body that looks more "premium sedan" than "rental car." Apart from the somewhat controversial but distinctive nose, the Malibu sports clean, classy lines, with tight panel gaps and just enough chrome trim to impart a high-end appearance.

The downsides to the Malibu are minor and few. Although the interior boasts an upscale design and solid build quality, there are still a few cheap plastic pieces here and there. And though OnStar offers a "Turn-by-Turn" navigation feature, there is no traditional nav system available.

Overall, the well-rounded 2009 Chevrolet Malibu earns our respect. It faces some tough rivals in the midsize family sedan game, such as the Ford Fusion, Honda Accord, Mazda 6, Nissan Altima and Toyota Camry. But thanks to its useful updates for 2009, the Malibu seems to have avoided that old sophomore jinx, making this handsome sedan a stronger-performing and more entertaining pick than it was last year.

Options are grouped into a handful of packages that allow many of the higher trims' features to be added to the lower trims. There's also a rear power package that includes a 110-volt AC outlet (behind the center console) and a manual rear sunshade. A few key luxury features that are available on many other family sedans, such as a navigation system and dual-zone climate control, can't be had on any Malibu, although OnStar does offer "Turn-by-Turn" audio navigation assistance.

All Malibu trims come standard with a 2.4-liter four-cylinder engine that makes 169 hp and 160 pound-feet of torque. With LS and 1LT trims, it's paired with a four-speed automatic transmission that sends power to the front wheels. On the 2LT and LTZ trims, the 2.4 comes with a six-speed automatic with manual shift control. The six-speed is optional on the 1LT.

Those who choose the 2LT or LTZ trims and want more power can opt for the 3.6-liter V6 (252 hp and 251 lb-ft of torque) matched to the six-speed automatic.

Although the Malibu is no lightweight at about 3,500 pounds, the four-cylinder version provides adequate performance, with the 0-60 sprint taking less than 10 seconds. The V6, on the other hand, is downright quick, running to 60 mph in just 6.6 seconds.

EPA fuel economy estimates range from 17 mpg city/26 mpg highway and 20 mpg combined for the six-cylinder Malibu to 22/32/25 for the four-cylinder/six-speed automatic powertrain.

Antilock disc brakes, stability/traction control, front-seat side airbags and side curtain airbags are standard on all trims.

In government crash testing, the 2009 Chevrolet Malibu earned five stars (the highest rating possible) in both frontal- and side-impact tests. In the Insurance Institute for Highway Safety frontal-offset crash test, the Malibu scored a "Good" rating, again the highest possible.

A dual-cowl dash design somewhat reminiscent of a 1960s Corvette highlights the cabin, while much-improved materials and build quality put this Malibu light-years ahead of prior models. The controls for the audio and climate-control systems are simple to use. Contrasting piping on the seats, once the hallmark of ultra-luxury cars, is seen on LTZ models, while all Malibus can be had with tasteful two-tone color schemes. All trims also feature an impressively quiet ride, thanks to extensive sound insulation and acoustic-laminated front windows.

With its long wheelbase, the Malibu offers generous amounts of legroom for rear passengers, though the seat lacks a center armrest and the sloping roof line may impinge on headroom for tall folks.

Striking an excellent balance between handling and ride, the 2009 Chevy Malibu's chassis provides confident cornering along with a smooth ride on broken pavement. The cabin is impressively hushed at highway speeds, and seat comfort and support are superb, making the Malibu ideal for long trips. With a wide range of adjustment, the driver seat provides a good driving position, but some drivers found the pedals awkwardly placed and the steering wheel too large in diameter.

The four- and six-cylinder models feature different steering systems (electric and hydraulic assist, respectively), meaning that the driving experience differs greatly depending on the selected engine. We usually dislike the overly artificial feel of electric power steering systems, but in the Malibu's case, several of our editors actually prefer the four-cylinder car.

In terms of power, the relatively fuel-efficient four-cylinder should prove sufficient for most buyers, especially when matched to the six-speed automatic. The V6 provides considerably more gusto, though getting the six-speed automatic to downshift (as for a quick freeway passing maneuver) requires a deliberate foot to the throttle -- a side effect of the fuel-mileage-minded programming.