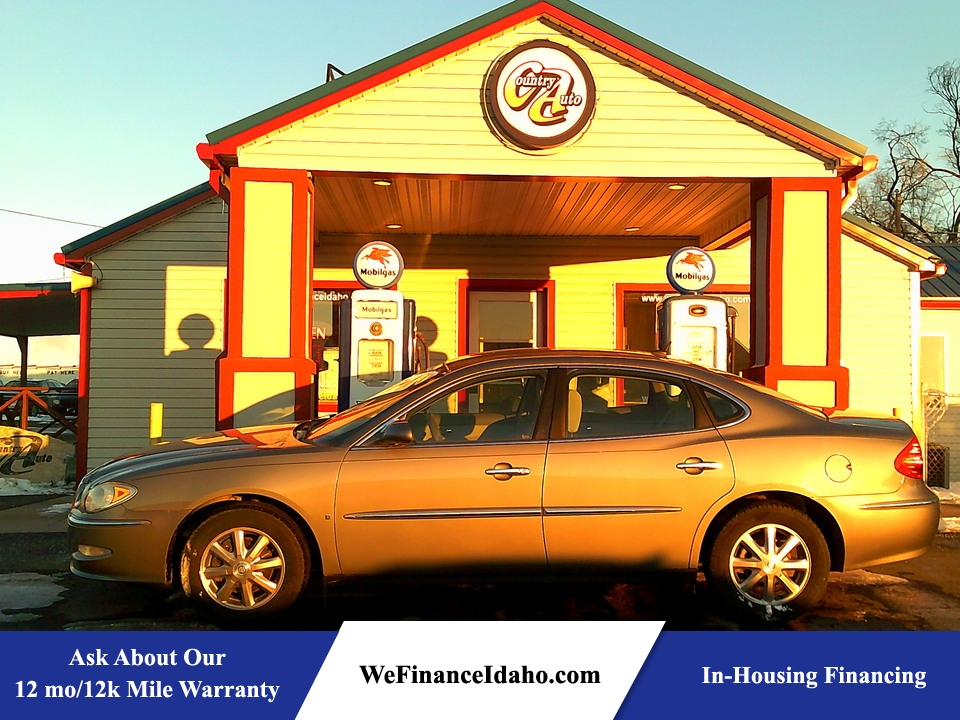 For traditional Buick customers, the 2009 Buick LaCrosse should prove comfortably familiar, with its calm but isolated motoring experience. Sadly, it lags behind most other family sedans when it comes to handling, cabin space, feature content and overall refinement.

For 2009, the Buick LaCrosse sees a few minor changes that include the dropping of the CXS trim (including its pleasant 240-horsepower V6) and the debut of Bluetooth connectivity.

Try bringing up family sedans at your next cookout and it's likely that the 2009 Buick LaCrosse won't be mentioned. Competing in the $25,000-$35,000 bracket in this class isn't easy, what with names like the Accord, Avalon, Camry and even Malibu being the deserving crowd favorites. Golden-agers, on the other hand, will likely be familiar with the LaCrosse and attracted to this Buick's hushed cabin, simple controls, plush ride and peppy performance.

After last year's slight face-lift (essentially a new grille) and revival of the "Super" nameplate (which dates back to the '50s), the Buick LaCrosse sees only minor changes for 2009. Among them are the dropping of the CXS trim (and sadly, its DOHC 240-hp V6) and the debut of Bluetooth connectivity. With its stately grille and shapely body, the 2009 LaCrosse is attractive without being gaudy. The aforementioned older demographic may recognize the modernized "portholes" that adorn the front fenders of the Super, which also sports a rear spoiler, chrome dual exhaust tips and big wheels.

But although the 2009 Buick LaCrosse makes a pretty good showroom impression, closer inspection reveals that the handsome cabin's blend of faux wood and chrome trim is offset by some cheaper plastic pieces. The base CX trim level in particular is pure rental-car fare. Seating comfort and rear passenger room are also marginal -- the softly padded seats will probably appeal only to the most traditional customers. And on the test drive, it's hard to ignore the numb steering and handling of the non-Super versions -- shortcomings that do little to breed driver confidence.

As for the LaCrosse Super, it is an entirely different animal. Sporting a 300-hp V8 and tuned suspension, this low-volume edition is intended for younger buyers or perhaps horsepower-loving seniors who like the idea of screeching their tires in a Ft. Lauderdale Publix parking lot. Nevertheless, front-wheel drive is not ideal for that much power, and the LaCrosse is a far cry from past high-performance Buicks. Those looking for a large, high-powered sedan should check out the Pontiac G8 GT or Chrysler 300C.

Although those used to driving Centurys and LeSabres will probably be happy with the LaCrosse, consumers looking for a truly premium experience will be put off by the Buick's compromised interior, uninspiring handling and lack of common high-tech features. Before signing the sales order for a LaCrosse, we suggest these shoppers check out more well-rounded alternatives, including the Chrysler 300, Ford Taurus, Honda Accord, Hyundai Azera, Pontiac G8 and Toyota Avalon.

The 2009 Buick LaCrosse is a midsize family sedan offered in three trim levels: CX, CXL and Super. Five-passenger seating is standard, but an available front bench seat in the CX and CXL increases that capacity to six.

CXL options include a sunroof, rear park assist, an auto-dimming rearview mirror, a power front passenger seat and an upgraded nine-speaker audio system with an MP3-compatible CD player. An in-dash CD changer is available as well, but a few popular high-tech features, such as a navigation system and an auxiliary audio jack, are not.

The top-of-the-line Buick LaCrosse Super offers most of the above features as standard and adds V8 power, 18-inch wheels, a performance-tuned suspension, larger brakes and leather seating with unique woven inserts. The only options on the LaCrosse Super are a sunroof and a CD changer. All Buick LaCrosses may be optioned with Bluetooth connectivity.

All models are front-wheel drive and make do with an antiquated four-speed automatic transmission -- a liability in a class where rivals offer more modern five- and six-speed automatics, as well as continuously variable units.

Fuel-mileage ratings are thus respectable but not class-leading. The CX and CXL are rated at 17 mpg city/28 mpg highway and 21 mpg combined, while the Super rates 16/24/19.

The 2009 Buick LaCrosse features standard full-length side curtain airbags, OnStar communications and antilock disc brakes. Front-seat side airbags are not available. A stability control system is standard on the Super model and optional on the other two. Traction control is standard across the board.

In government frontal-impact crash tests, the Buick LaCrosse earned five stars (out of five) for driver and front-passenger protection. In side-impact tests, the LaCrosse received just three stars out of a possible five for front-occupant protection and four stars for rear-passenger protection. In Insurance Institute for Highway Safety testing, the LaCrosse achieved a best-possible "Good" rating for frontal-offset crash safety, but only a "Marginal" rating (second lowest of four) in that agency's side-impact crash test.

For those who need to carry more people, the five-passenger LaCrosse is also offered in a six-passenger seating configuration. Its broad, flat seats make ingress and egress easy, but lack support for taller adults. Rear-seat legroom is tight for larger individuals, too.

The dash design is clean and elegant, with a long expanse of faux wood trim sweeping across its length, interrupted only by a simple gauge cluster located directly in front of the driver. Tasteful chrome accents along the dash and around the gear selector add a splash of style. Although the leather upholstery is soft, the plastics used for the door panels, console and most controls have a low-grade appearance and feel. To its credit, the cabin offers lots of storage bins and cubbies, and the trunk volume measures a generous 16 cubic feet.

Like its LeSabre and Century predecessors, the 2009 Buick LaCrosse was engineered to offer an agreeable balance between a supple ride and confident handling. On the highway, it rides smoothly and soaks up bumps with little drama, as you'd expect a midsize family sedan to do. But compared to more maneuverable and borderline-nimble entries like the Honda Accord and Pontiac G8, the LaCrosse's handling capabilities leave much to be desired. The more firmly sprung LaCrosse Super is a step in the right direction, but the other models exhibit excessive body roll and generally numb steering.

Although noisy and unrefined for this class, the standard V6 in CX and CXL models offers a pleasing blend of performance and fuel economy. Asphalt-burners will want to slide behind the wheel of the V8-powered Super, which leaps when the throttle is booted. But bear in mind that the old-school V8 has a gruffer delivery than rivals with V6s that are more modern and nearly as powerful.