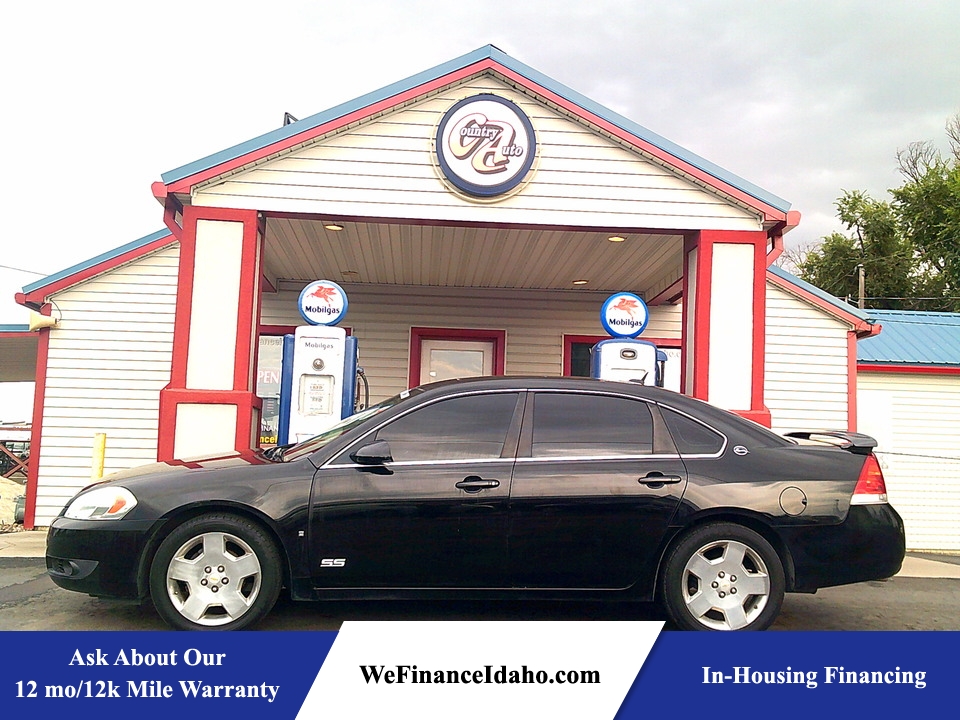 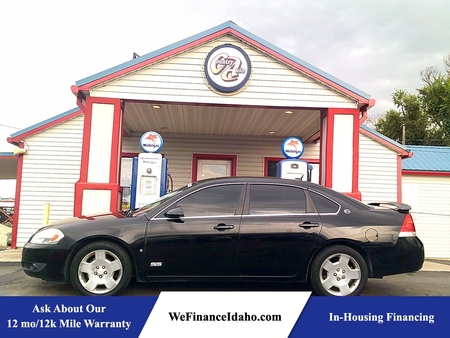 With powerful and efficient V6 engines, a comfortable cabin and a smooth ride, the 2008 Chevrolet Impala brings a lot to the family sedan table even though its handling dynamics and cabin refinement are still a few steps behind the class leaders.

The Chevrolet Impala carries over largely unchanged for 2008. Satellite radio is now standard on all models, while the lower-level LS and LT models receive a standard six-way power driver seat. Stability control is now standard on 2LT, LTZ and SS trim levels, and the 3.9-liter V6 is now E85 ethanol-gasoline compatible.

An impala is a bounding, medium-sized antelope that grazes in large herds throughout Africa's savannas. They are prey to almost every predator. The Chevrolet Impala has been grazing American highways and byways for nearly 50 years now, providing spacious transportation for families and lowrider-lovers alike, while being prey to only the odd meter maid and traffic cop. The only thing these two impalas share beyond a common moniker is that neither is an endangered species. Chevy sold almost 290,000 Impalas in 2006, which made it the seventh-best-selling vehicle in the United States. When it comes to finding a full-size family sedan, it's hard to argue with that many people.

The Chevrolet Impala was heavily revised a couple years ago, with extensive improvements made to interior materials and a classy exterior freshening that included discarding the old electric-stove taillamps that looked more GE than GM. In addition to these cosmetic changes, Chevy also stiffened the front-wheel-drive platform and added more powerful engines. What remained was the Impala's ability to seat six and its suspension that was tuned to appease shoppers looking for a smooth highway cruiser.

In its bread-and-butter guise, the 2008 Chevrolet Impala can be equipped with one of two V6 engines. Both provide a good balance of power and fuel economy, with the more powerful 3.9-liter V6 automatically deactivating a bank of cylinders when coasting and braking to improve mileage by up to 8 percent, according to Chevy. For those with only power on their minds, the Impala SS features a 5.3-liter V8 that combines with numerous other sport-tuned modifications to make it actually fun to drive ? something no previous front-drive Impala has been able to boast.

Despite the big Chevy's popularity, other models surpass the 2008 Chevrolet Impala in several key areas: The Toyota Avalon is more refined, the Chrysler 300 and Dodge Charger are more nimble and stylish and the Hyundai Azera offers a better mix of luxury and value. However, none of those cars shares a name with an antelope, and more importantly, none can boast the overwhelming popularity of the big, comfortable Chevrolet Impala.

Options for the Impala LS consist of a Luxury Edition Package that includes front bucket seats with leather, a flip-and-fold-flat rear seat, steering-wheel-mounted audio controls, OnStar, a rear spoiler and antilock brakes with traction control. Choosing an LT opens the way to two sub packages (called 1LT and 2LT) that include features such as leather seating, a six-CD changer, satellite radio, heated front seats and 17-inch alloy wheels. The LTZ is so well-equipped it has no options apart from a CD changer and a sunroof (which is optional on all trims), while the SS has a handful, including heated seats, a power front-passenger seat, Homelink transmitter and an auto-dimming rearview mirror.

The Impala LS comes with a 3.5-liter V6 engine that produces 211 horsepower and 214 pound-feet of torque. Available on the LT and standard on the LTZ is a 3.9-liter V6 good for 233 hp and 240 lb-ft. The Impala SS has a 5.3-liter V8 making an impressive 303 hp and 323 lb-ft of torque. All models employ front-wheel drive and a responsive four-speed automatic transmission. Both the 3.9 V6 and 5.3 V8 are fitted with Active Fuel Management technology, which deactivates half the cylinders while cruising to save fuel. The V6 engines offer an agreeable blend of power and fuel-efficiency (up to 28 mpg on the freeway based on new 2008 EPA testing), while the V8 offers serious off-the-line thrust. A Chevy Impala SS we tested did the 0-60-mph drill in just 6.4 seconds and ran through the quarter-mile in 14.5 seconds.

Antilock brakes and traction control are standard on the LTZ and SS, and optional on other models. Full-length side curtain airbags, OnStar and a tire-pressure monitor are standard on all Impalas, and stability control is now standard on 2LT, LTZ and SS trim levels. In crash tests conducted by the NHTSA, the 2008 Chevrolet Impala earned five stars (out of five) for driver and front-passenger protection in frontal impacts. In side-impact testing, an Impala equipped with the side airbags scored five stars for front passengers and four stars for those seated in the rear. In IIHS frontal offset crash testing, the Impala scored an "Acceptable" rating (second highest out of four), while side-impact tests by that agency resulted in a "Good" rating, the highest possible.

The Impala's interior is functional and straightforward, but it has all the visual pizzazz of The Wall Street Journal. GM says the dash is "reminiscent of early Corvettes," which may indicate an erosion of institutional memory. Audio and climate controls are GM's latest stock units, which are intuitive and feel good but don't improve the general anonymous look. The Impala's interior is a huge improvement over its predecessor and a nice enough place to spend time, but competitors score higher style and quality points. Where the Impala does score is in interior capacity, with room for up to six people and all their luggage, thanks to a generous 18.6 cubic feet of trunk space. Occupants will find hip- and shoulder room plentiful, but legroom is mediocre for a car of this size.

Apart from the SS model, handling is not among the 2008 Chevy Impala's strengths due to its soft suspension tuning. The car does feel solid and substantial, though, and plenty of people will appreciate the big sedan's compliant ride quality. The SS is also a competent cruiser, but is much more agile thanks to its sport suspension and 18-inch performance tires. Although this is still a big, heavy car, send the SS into a corner and it pulls through with dignity and thrust. While the SS model may be tempting to power-hungry buyers, be forewarned that sampling its formidable reserves quickly brings fuel mileage down to the high teens, with official 2008 EPA ratings of 16 city and 24 highway. We recommend sticking with the better-balanced LTZ and its plenty powerful 3.9-liter V6.