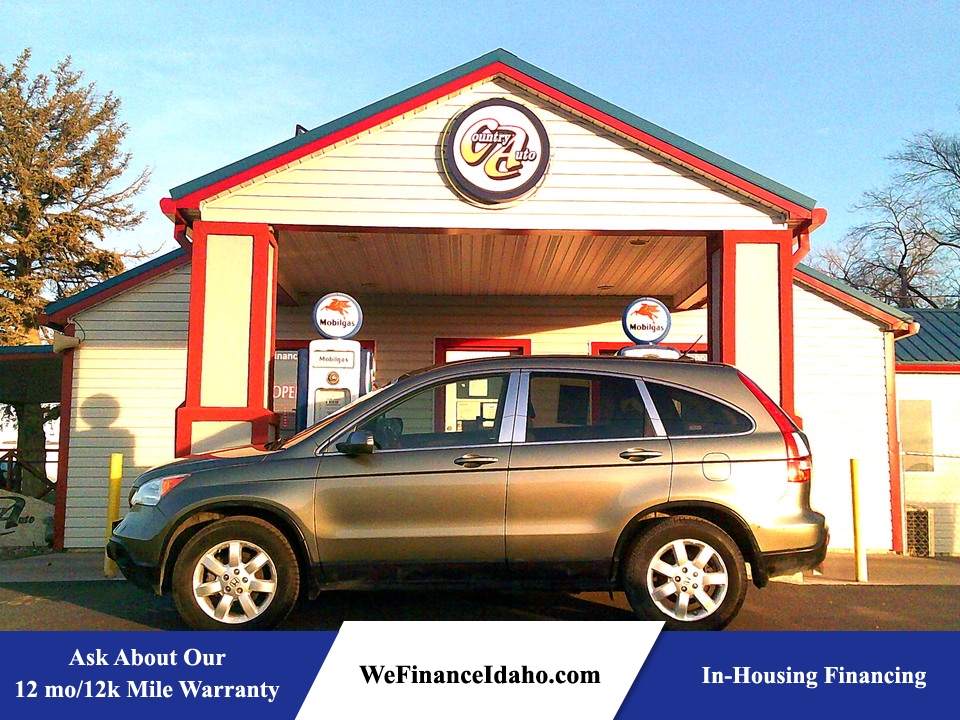 It may not be substantially larger or more powerful, but the 2007 Honda CR-V is the most refined and practical small SUV Honda has ever built. If you're shopping in this class, it should be high on your list.

The 2007 Honda CR-V is completely redesigned. It hasn't grown in size, power or seating capacity, but thanks to Honda's attention to detail, this small SUV is way up in practicality and refinement.

Although the all-new, third-generation 2007 Honda CR-V is likely to appeal to buyers of all ages and both genders, Honda's target audience for its redesigned small SUV is women in their early 30s with a child under two. And when you drive the new CR-V, it's obvious the company had this audience in mind from the very beginning. The size of the previous-generation CR-V, for instance, was a major selling point for owners (60 percent of whom are women), so the new one hasn't grown any larger. It shares a platform with the latest Civic, yet has a shorter wheelbase than even the coupe. From nose to tail, it's 3 inches longer than a Ford Escape and 3 inches shorter than a Toyota RAV4.

With the dimensions set, company designers focused on making the Honda CR-V more practical for the owner with a toddler in one arm and groceries in the other. Accordingly, the previous model's side-hinged rear gate and exterior-mounted spare tire were dumped in favor of a lightweight overhead liftgate and an under-floor spare. A foldable, removable shelf (available on EX and EX-L models) was fitted to the 35.7-cubic-foot cargo bay to allow two-tier loading. Additionally, the rear doors open a full 90 degrees and have numerous detents within their opening range to keep them from swinging back while you're bent over buckling in an infant. Unlike last year, all three rear seating positions have the LATCH setup for car seats, and once you're on the road, a front-seat sunglasses holder with a built-in conversation mirror takes the neck-twisting out of being an attentive parent.

But it's not all baby-specific upgrades. The interior design, for example, is sharper and less utilitarian than before and materials are higher in quality. Additionally, there's a standard input jack for MP3 players, and for the first time, you can get a navigation system. With the nav installed, you also get gadgets like a PC card reader and a rear backup camera. On the road, it's obvious Honda paid more attention to handling dynamics than in years past, as the third-gen CR-V feels stable and confident around corners and has excellent steering feel.

The one thing you might not like about this new Honda is its lack of a V6, something that compact foes like the Escape and RAV4 happen to offer. The CR-V still has a 2.4-liter inline four-cylinder as its sole power plant, although horsepower nudges up 10 from last year to 166. Paired with a five-speed automatic transmission, the 2.4-liter provides adequate acceleration in most situations, but you'll probably wish for more torque during passing maneuvers on highway grades.

For buyers who don't need the quickest small SUV out there, though, the 2007 Honda CR-V is an excellent choice in the under-$30,000 price bracket. It's smooth and stable on the road, intelligently designed on the inside, and more refined than just about any competitor you can name.

A compact four-door SUV, the 2007 Honda CR-V is offered in LX, EX and EX-L trim levels. The CR-V LX starts you out with 17-inch steel wheels, really nice cloth upholstery, air-conditioning, a four-speaker CD stereo with an auxiliary input jack, full power accessories and a folding center tray. Moving up to the EX provides alloy wheels, body-color exterior trim, a moonroof, an upgraded six-speaker stereo with an in-dash CD changer, an outside temperature gauge and a rear cargo shelf. If you opt for the EX-L model, you get all these goodies, plus heated outside mirrors, leather upholstery, heated front seats, XM Satellite Radio and a fixed center console in lieu of the folding tray.

The CR-V EX-L alone is eligible for a DVD-based navigation system package that also includes a backup camera, an upgraded stereo amplifier, a rear subwoofer and a PC card reader. Unfortunately, the CD changer moves from the dash to the center console on nav-equipped CR-Vs, and the magazine-style cartridge is flimsy. To offset this annoyance, Honda provides an additional single-CD player behind the nav screen.

All CR-Vs are powered by a 2.4-liter inline four-cylinder engine rated for 166 hp at 5800 rpm and 161 pound-feet of torque at 4200 rpm. A five-speed automatic transmission is standard, and all trims are available with either front-wheel drive or all-wheel drive. On all-wheel-drive models, power goes primarily to the front wheels and is rerouted to the rear when slippage occurs. Fuel economy is above average; front-drive CR-Vs earn a 23 mpg city/30 mpg highway rating, while AWD models rate 22/28. An AWD CR-V takes 9.8 seconds to hit 60 mph.

All major safety features are standard on the 2007 Honda CR-V, including antilock disc brakes, stability control, brake assist, a tire-pressure monitor, front-seat side airbags and full-length side curtain airbags. A backup camera is available only on EX-L models equipped with the navigation system, but Honda dealers can sell you parking sensors for lower-line models.

Perhaps the best attribute of the new CR-V is its attractive yet practical cabin design. Honda's designers sweated every detail in here; not only are the controls and instrumentation ergonomically correct, but there are numerous parent-friendly conveniences as well. For starters, the wide-opening rear doors and lightweight rear liftgate make it simple to load infants and their strollers. We especially like the multiple detents on the rear doors, which keep them from swinging in tight parking spaces. As in the past, the 60/40-split rear seat adjusts fore and aft, and now you can install a LATCH-capable car seat in any of the three positions. From the front seat, you can monitor toddlers via the conversation mirror built into the sunglasses holder, while the folding center tray in LX and EX models allows for hasty dashes to the backseat.

Cargo capacity measures 35.7 cubic feet, and the cargo shelf in EX and EX-L models allows for two-tier loading. The rear seats can fold and flip into an upright position, opening up 73 cubic feet of cargo capacity.

Driving around the city is pleasant enough in the 2007 Honda CR-V, but aggressive merging and passing maneuvers tap out the engine's torque reserves. The automatic transmission shifts crisply, but doesn't offer a manual mode. Ride quality is composed and comfortable, and the cabin is insulated from the road noise that plagued previous-generation CR-Vs. Driven around corners, the CR-V exhibits excellent balance for a small SUV, and the steering is well-weighted and communicative. Brake pedal action is smooth and consistent, but stopping distances are only average for the compact SUV class.