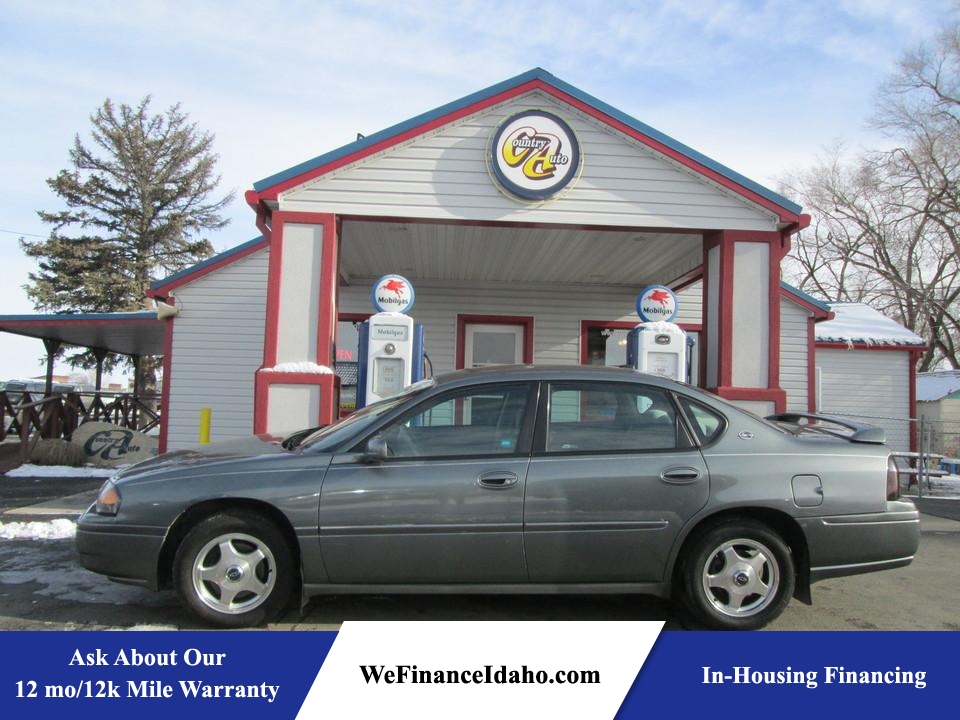 Although suitably quick in 240-horse SS form, Chevrolet's full-size sedan still lags behind the competition when it comes to driving dynamics and overall refinement.

OnStar is now standard on all models, and a new Sport Appearance Package is optional on the base Impala. Other than that, changes are limited to minor trim updates.

The Impala was first introduced in 1958 as the top-of-the-line trim level of the Bel Air full-size coupe and convertible. A year later the Impala became a stand-alone model and its popularity skyrocketed with over 450,000 sold that year. For the '61 model year, the Impala ushered in an all-new design, and the 409 V8 and Super Sport package turned the Impala into GM's first true muscle car. Throughout the '60s, the Impala dominated the sales charts, culminating in 1965 when over one million were sold. The popularity of the smaller, midsize muscle cars slowly ate away at sales of the Impala, but it continued to sell in big numbers, registering as the best-selling car in America in 1973. The oil embargo of 1973 put a quick end to that for a while until a new, smaller and much lighter design debuted in 1977 that resurrected Impala sales to a respectable number once again. The Impala nameplate languished in the early '80s, eventually getting dropped in 1986 in favor of the Caprice designation. A revival of sorts occurred in 1994 when the Impala SS name was used again, this time for a high-performance version of the Caprice sedan. Sporting a monochrome paint scheme, an LT-1 V8 and bucket seats, the '94-'96 Impala SS recaptured the spirit of the original SS models and continues to be highly sought after today. The demise of the Caprice after the '96 model year meant no more Impalas once again until four years later when the all-new 2000 model arrived. With front-wheel drive and V6 power, the current Impala isn't exactly a tribute to the past, but it does continue the tradition of large, affordable Chevrolet family sedans. The move to smaller, more efficient V6 power plants gives family sedan buyers enough power when they need it while still providing respectable mileage -- never one of the Impala's strong points in previous generations. The addition of an SS model powered by a 240-horse supercharged V6 may not impress those who remember Impalas of yesteryear, but at least Chevy is trying. The fact that the base Impala can seat six in a pinch places it in the thinly populated category of large sedans, with the Ford Crown Victoria, Mercury Grand Marquis and Toyota Avalon as the only real competition. While the Impala offers a much lower price, at least in base and LS form, it lags behind the Ford and the Toyota when it comes to performance and overall refinement. And when compared to more mainstream family sedans like the Accord, Altima and Camry, the Impala gets outclassed again. GM's own Pontiac Grand Prix would be a better buy for those who want American-style performance but don't necessarily need a huge backseat. As you can probably tell, the current Impala is not one of our favorite cars, but even so, it's one of GM's top-selling nameplates.

Available as a sedan only, the Impala comes in three trim levels -- base, LS and SS. Base models include 16-inch wheels; a front bench seat; dual-zone air conditioning; power locks, mirrors and windows; a tilt steering wheel and keyless entry. Moving up to the LS model adds ABS, alloy wheels, a floor console, cloth bucket seats with six-way power adjustment for the driver, a leather-wrapped steering wheel and a tire inflation monitor. The SS comes with monochromatic exterior paint and adds a lowered suspension, 17-inch wheels and leather upholstery. Optional equipment includes leather seating for the LS, a trip computer, an upgraded audio system with a CD player, satellite radio and a sunroof.

Base-model Impalas are powered by a 3.4-liter V6 engine that produces 180 horsepower and 205 pound-feet of torque. Stepping up to LS trim gets you a 3.8-liter V6 that makes 200 hp and 225 lb-ft of torque. Both models employ a responsive four-speed automatic transmission that sends the power through the front wheels. The SS has a supercharged version of the 3.8-liter V6 making an impressive 240 hp and 280 lb-ft of torque. To handle the extra power, the SS uses a heavy-duty version of GM's four-speed automatic.

Occupant safety is a big selling point for the Impala. In crash tests conducted by the National Highway Traffic Safety Administration (NHTSA), the Impala earned five stars (out of five) for both the driver and front passenger in frontal impact testing, and four out of five stars in side-impact testing. In frontal offset crash testing, the Impala earned a "Good" rating, the highest possible. Antilock brakes and traction control are standard on the LS and SS, and optional on the base model. A side airbag for the driver only is optional on all Impalas.

As one of the few six-passenger sedans on the market, the Impala does have an edge on the competition when it comes to interior space. That's about the only edge, however, as the rest of the interior is a mix of cheap plastics and bland design that pales in comparison to the more modern offerings from Toyota and Chrysler. Even the sporty SS provides no real styling upgrades, except for a new set of gauges and a few "SS" logos.

Despite its modest weight, the Impala still suffers in the handling department, at least in base and LS form. The way it floats and wallows through turns, you'd think you were in one of the enormous land yachts of the '60s. Vague steering and flat seats certainly don't add much to the driving experience. The V6 engines get it going at a reasonable rate, but refinement is not a strong point. The SS is the best choice for those who like to drive, as its supercharged engine offers brisk acceleration, while a reworked suspension and 17-inch wheels improve handling.