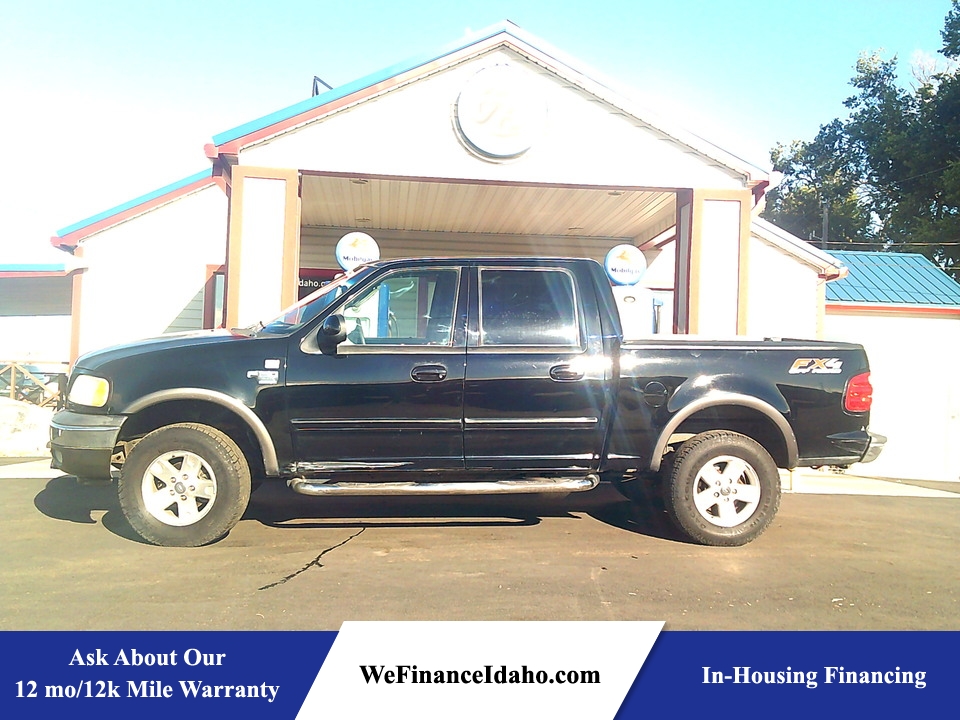 With a wide variety of cabs, styles and equipment from which to choose, you can't go wrong. No wonder it's the best-selling vehicle in the world.

Arriving in 2003 for the XLT supercab styleside configuration is the Heritage Edition, which includes 17-inch wheels, a chrome cab step and various stylistic flairs such as a black bedliner, a lower valance, paint striping and a paint scheme with a raised cut-line. Also new is an STX edition for the XL- and XLT-trimmed regular and supercabs that includes an MP3 player combined with a monochromatic color scheme and clear lights, among others. Upgrades for the fancy King Ranch flavor consist of fake wood for the interior, lighted step bars and an in-dash six-disc CD changer. For the Lariat, expect a standard rear window defroster and a Pioneer CD and cassette system (the latter is also newly available on the XL and XLT). Harley-Davidson models have the option of getting a two-tone black-and-silver paint. Finally, a new LATCH system helps you tie down the kiddie seats properly.

Wide range of configurations and features, capable powertrains and suspension, attractive styling inside and out.