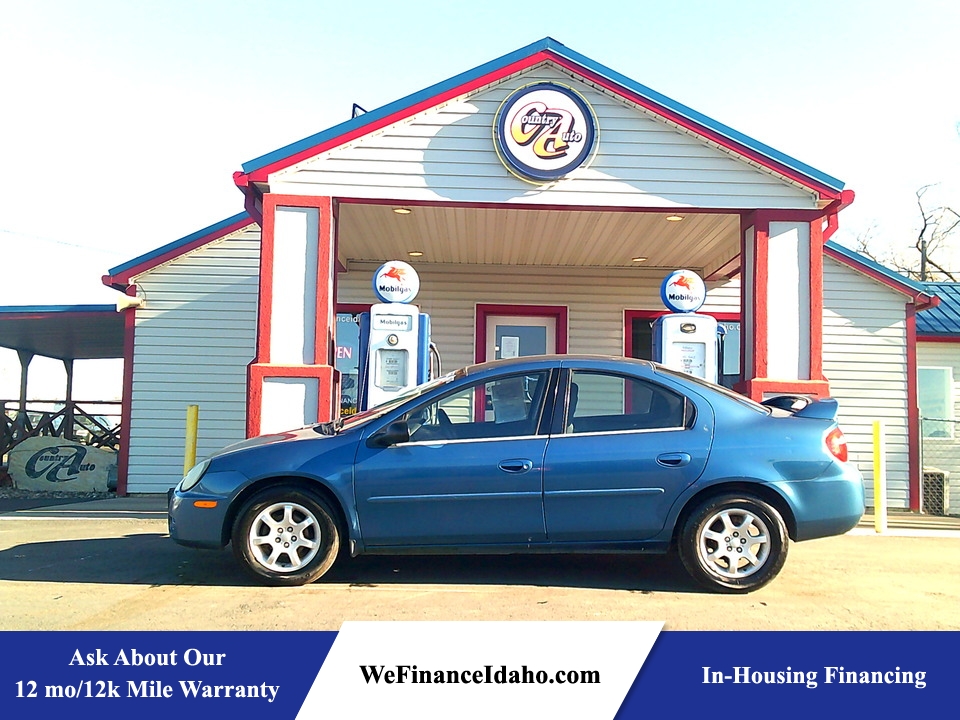 Those looking for a polished economy car would be better served elsewhere, but if high performance on a budget is the goal, then the 2003 Dodge Neon SRT-4 makes a strong case for itself.

The fire-breathing 2003 Dodge Neon SRT-4 debuts, sporting a 215-horsepower turbocharged engine, a tweaked suspension and Viper-inspired sport seats. Zero to 60 is said to take about 6 seconds. All Neons receive a facelift in the form of new front and rear ends as well as interior changes that include a new steering wheel.

Since the Neon's introduction in 1995, Dodge has struggled to address the small car's chief criticism -- a lack of refinement. A raucous engine and generous levels of cabin noise were the car's major weaknesses, while sprightly performance (with a manual gearbox) and a spacious cabin were its strengths. Subsequent years saw the introduction of a high-performance R/T model and a complete redesign in 2000 that updated the car's looks, reduced the engine's noise and vibration levels and improved the ride and handling. Some old-tech hardware, such as a three-speed (instead of four) automatic gearbox remained, however, and powertrain refinement still lagged behind perennial class leaders, Honda's Civic and Toyota's Corolla, as well as most every other compact wearing a Japanese label. Last year saw (finally) the introduction of a four-speed automatic tranny as well as a new trim level, the value-packaged SXT.

For 2003, Dodge has updated the Neon with new front and rear fascias, light clusters and interior bits, including a new steering wheel to replace the strange-looking "upside-down" wheel previously used. In the constant fight to smooth out the Neon's 2.0-liter inline four, revised engine mounts were installed as was a taller fifth gear in manual-transmission SE and SXT models. And squaring off against challengers such as Nissan's Sentra SE-R, Mazda's Mazdaspeed Protege and Ford's SVT Focus is the new 2003 Dodge Neon SRT-4, packing a class-leading 215 horsepower that makes it the fastest car available for under $20,000. In addition to being able to run to 60 mph in just 6 seconds, the SRT-4 is fortified with a sport suspension, four-wheel disc/ABS brakes and 17-inch alloys fitted with high-performance Michelin Pilot tires.

Four four-door sedans comprise the 2003 Dodge Neon lineup. Base SE models come with a cassette player, a split-fold rear seat and a tilt steering wheel. Air conditioning and a CD player are optional. Moving up to the SXT adds an air conditioner; power front windows, mirrors and locks; a CD player (replacing the cassette deck); and 15-inch alloy wheels. Sporty R/T models come with more horsepower (150 versus 132), four-wheel disc brakes with ABS, dual-outlet exhaust, a rear spoiler, foglamps, a sport suspension and 16-inch alloy wheels. The SRT-4 adds serious thrust in the form of a turbocharged, 215-horsepower engine along with 17-inch alloy wheels shod with 205/50R17 performance tires. Key options include a power sunroof (SXT and R/T) and leather seating (R/T and SRT-4).

A 2.0-liter, 132-horsepower inline four powers SE and SXT models, while the R/T gets a high-output version of that engine worth 150 horsepower. The SRT-4 is fitted with a turbocharged, 215-horsepower 2.4-liter I4 that boasts a 0-to-60-mph time of around 6 seconds and a top speed north of 140 mph. Transmission choices include a four-speed automatic or a five-speed manual.

A few minor changes in the cabin bear mentioning; a new steering wheel with aluminum accent and a six-disc in-dash CD changer that is standard on the R/T and optional on the SXT. Audiophiles will be pleased to know that the R/T's sound system was rated highly by our stereo expert as it packs plenty of power and delivers it in a clean manner.

Previous Neons we drove were not as smooth and quiet as other cars in this class. Hopefully, the new engine mounts will smooth out the Neon's inline four. Handling for the R/T and SRT-4 is about as good as it gets in a small front-driver, with the Neon demonstrating an eagerness for the twisties through its well-weighted steering, balanced chassis and flat cornering attitude. In a 2002 Econosport sedans comparison test we conducted, a Neon R/T came in last place out of six cars. With the SRT-4, a reversal of fortune may be in the Neon's future.